Trending
You are at:Home»Categories»Commentary»Zealots Should Not Oversee Holy Sites
By Salman Masalha on 29 October 2015 Commentary

Only objective secularists can safeguard the holiness attributed to these sites, to preserve the holiness of humankind, and prevent bloodshed.

As time passes, and the tribal, jingoistic tension rises, it is beginning to influence not only the opinions of Jews and Palestinians, but also their religious beliefs. Nationalism and tribalism, with a dose of religious fervor, is a toxic mix, which can incite blood-thirstiness and a desire for revenge.

At the memorial service commemorating the two-year anniversary of Rabbi Ovadia Yosef’s death, Israeli Chief Rabbi Yitzhak Yosef, called on Jews to stop ascending to the Temple Mount. “All the great rabbis, dozens upon dozens, have written that it’s forbidden to go up to the Temple Mount,” said Yosef, and attacked those who do visit there, noting “some believe nationalism takes priority over halakha.” Meaning, for some Jews who do go up to the Mount, nationalism has trumped their religious beliefs.

But not only are Jewish religious beliefs succumbing to nationalism. Here’s a quote from the October 8 edition of the Al-Hayat newspaper: “There are no Jewish archaeological artifacts in Palestine, no Temple, no first, nor second, nor tenth. There are no prophets or kingdoms, no Jewish kings in Palestine or anywhere else.”

This nonsense was written by Jihad Al Khazen, a senior Palestinian journalist, a hack, serving all Arab rulers, but particularly the Saudi kingdom. He often publishes such nonsense in his columns in the newspaper (which is widely read throughout the Arab world).

The remarks sound even more outrageous and unfounded as they’re written by a Christian journalist, who thus burns the bridges behind him — as his remarks deny the existence of Jesus, who was a Jew. The Gospel according to Matthew reads: “When Jesus entered Jerusalem, the whole city was stirred and asked, ‘who is this?’ The crowds answered, ‘this is Jesus, the prophet from Nazareth in Galilee. Jesus entered the temple courts and drove out all who were buying and selling there… he said to them, ‘my house will be called a house of prayer.’”

Tribal nationalism is trumping faith even among Islamists. The Muslim tradition never denied the holiness of the Temple Mount — with the foundation stone at its center — to Judaism and the Jews. In one hadith, or statement attributed to the Prophet Mohammed in the Koran, and quoted both in Sunni and Shi’ite sources, the prophet waits for God to command him to change the Qibla, or direction that Muslims face during prayer, from Jerusalem to Mecca, or more accurately from the Temple stone to the black stone and the Kaaba. This is because Jerusalem is the “Jewish Qibla,” according to one 8th century koranic commentary.

This perception regarding the stone was common for Muslims throughout history. Take, for example, Ibn Qayyim al-Jawziyya, the 13th century Muslim scholar, who wrote, “the holiest thing about the stone is that it is the Qibla of the Jews.” Sayyid Qutb, the father of the Muslim Brotherhood, also held this opinion in modern times. “Bait Almiqdas [Arabic for the Temple] is the Qibla for the Jews, and their place of prayer,” wrote Qutb in the 1950’s.

The logical conclusion is that religion, any religion, and specifically monotheism, is too dangerous to be left in the hands of zealots and fools. Religious rule in a multi-religious society is likely to destroy everything.

Thus jurisdiction over holy sites must remain with objective secularists. Only they can safeguard the holiness attributed to these sites, to preserve the holiness of humankind, and prevent bloodshed.
*
Haaretz, October 27, 2015

Zealots Should Not Oversee Holy Sites 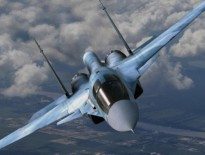 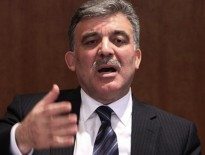 Commentary Turkey needs to ‘upgrade’ its democracy, says …
0
wpDiscuz
We use cookies to ensure that we give you the best experience on our website. If you continue to use this site we will assume that you are happy with it.Ok