The Saudi military intervention in Yemen against Houthi rebels has repercussions in the kingdom amid cracks appearing in the ruling families in Riyadh and United Arab Emirates.

SAUDI ARABIA’S four-month old bombing campaign against Houthi rebel forces in Yemen has had mixed results beyond devastation in the region’s poorest country. The insertion of Saudi-trained Yemeni ground forces that support exiled president Abd Rabbah Mansour Hadi led last month to the capture of the port city of Aden from the rebels.

The Yemen war and the prominent role of Saudi Arabia’s powerful defence minister, Mohammed Bin Salman, have nevertheless, sparked unease among some members of the Saudi ruling family. Saudi Arabia’s intervention in Yemen has also brought to the fore cracks within the kingdom’s ruling family at a time that fissures are also becoming public among rulers of the United Arab Emirates (UAE).

Critics of the Yemen civil war within the Saudi royal family worry that even if the Houthis can be driven back to their northern redoubt of Saada, they will be embittered and likely to pose a continued threat to Saudi border towns populated by non-Wahhabi Muslim communities and tribes. Indeed a number of Saudi princes are said to have questioned the wisdom of the bombing campaign launched by King Salman’s son, Defence Minister Mohamed.

There is moreover unease at the King’s reliance on his 34-year-old son, who is Deputy Crown Prince and serves as Second Deputy Prime Minister and Chairman of the Council for Economic and Development Affairs besides being Chief of the Royal Court. Among the dissenters are royal family members affiliated to the late King Abdullah, such as his sons Mitaib, Minister and Head of the National Guard; Turki, who was removed as Governor of Riyadh; Mishaal, removed as Governor of Mecca, and Abdul Aziz, Deputy Foreign Minister.

The ascent of King Salman, along with Mohamed bin Nayef and Mohamed bin Salman as Crown Princes, affirm the return of the Sudairi branch of the family of Ibn Saud (King Abdul Aziz bin Abdul Rahman Ibn Saud), the founder of the Saudi kingdom, following the decade-long reign of King Abdullah. He had succeeded King Fahd, the first of the Sudairi Seven, while two other brothers, Sultan and Nayef, died as Crown Princes. Salman is the second Sudairi to be king.

Three other Sudairis, Turki, Ahmad and another, are not in the running. Turki was in exile for being “liberal”, while Ahmad retired as a Deputy Minister of the Interior. Intriguingly Turki’s son, Sultan, has recently emerged to lodge a complaint in a Swiss court against Abdul Aziz bin Fahd, a son of the late King Fahd and Religious Affairs Minister Saleh Al Sheikh, for his abduction and forced repatriation to the kingdom from Switzerland in 2003. He claims to have been kidnapped and sedated from a Saudi villa in Geneva, after he announced plans to expose widespread corruption in the Saudi defence and interior ministries.

While the incident may have occurred over a decade ago the timing of the legal suit has significance. Though he is from the same Sudairi lineage as the king and his two crown princes, as well as King Fahd’s son, Sultan bin Turki could represent a group of dissenting members of the ruling family who resent the concentration of power in the Salman and Nayef clans.

Fissures in the Emirates

The Saudi prince’s complaint came as reports surfaced that a senior prince in the UAE, with the backing of several younger members of the ruling Al Nahyan family, had allegedly plotted in 2010 to overthrow the country’s leaders and transform the autocratic Gulf state into a constitutional monarchy. The UAE is ruled by the eldest son of the founder, Sheikh Khalifa bin Shekih Zayed Al Nahyan, and his 10 brothers and half-brothers with Crown Prince Sheikh Mohamed as the strongman.

According to Middle East Eye (MEE), a respected UK-based online publication, Sheikh Hamdan, the fourth brother, had considered abdicating and fleeing the country. MEE said the plot had been revealed by people close to Hamdan, including one who has since seen his prospects diminish as a result of business disputes. Hamdan, a former minister of state for foreign affairs and deputy prime minister, has reportedly been exiled to a desert oasis and banned from travel.

While the inscrutability of the Gulf rulers makes independent assessment of the power balance between different factions difficult, rumblings of policy difference have been observed by various foreign governments that interact frequently with their Gulf counterparts. The policy debates are significant as they reflect sensitivity on the part of some younger members of ruling families of UAE and Saudi Arabia to the restiveness among the region’s young population, following the Arab Uprisings and the subsequent civil wars and insurgencies in the Middle East and North Africa the past four years.

The emergence of fissures in secretive ruling families takes on added significance at a time that they are seeking to repress dissent. Saudi Arabia last month arrested hundreds of alleged supporters of Islamic State (IS) while the UAE this week announced that they were putting on trial 41 people charged with seeking to overthrow the government.

Pundits and scholars have long argued that the Arab monarchies constituted bedrocks of stability in a region embroiled in a lengthy transition that is messy and bloody. In that vision, uprisings by the Shia minority in Saudi Arabia’s oil-rich Eastern Province and the brutally suppressed popular revolt in Bahrain in 2011 were merely small blips on the radar.

IS and threat to Gulf solidity

The rise of IS with its bloody attacks on Shia mosques in the Saudi kingdom and Kuwait has brought the threat closer to home. Gulf rulers frame the threat as a terrorism problem that the international community should confront kinetically and ideologically.

Western officials from President Barack Obama to scholars and pundits have acknowledged that IS and other jihadist groups will only really be defeated once the root causes that power their rise are addressed. They have however done little to match words with deeds.

The recent cracks in the Saudi ruling family as well as earlier dissent by Prince Sultan and the UAE’s Sheikh Hamdan suggest that the autocratic rule of Gulf families is being challenged, and has been for a longer period of time, by a minority that so far has successfully been outmanoeuvred. Nonetheless, it raises questions about the solidity of Gulf rule as the oil-rich states of the region confront multiple political and security challenges.

James M Dorsey is a Senior Fellow at the S. Rajaratnam School of International Studies, Nanyang Technological University, Singapore and co-director of the Institute of Fan Culture of the University of Würzburg. 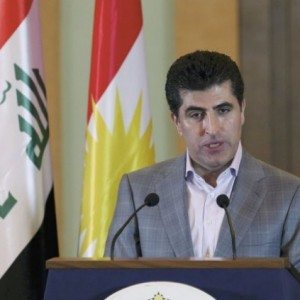 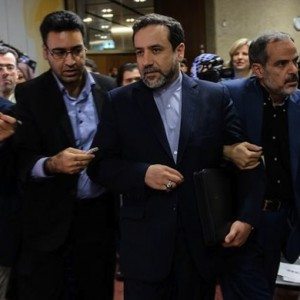 Features Dep. Foreign Minister Araghchi: The Nuclear Progra…
0
wpDiscuz
0
0
Would love your thoughts, please comment.x
()
x
| Reply
We use cookies to ensure that we give you the best experience on our website. If you continue to use this site we will assume that you are happy with it.Ok