Valentine’s Day in Riyadh and Islamabad as well as parts of Indonesia and Malaysia puts into sharp relief Saudi Arabia’s ability to curtail the global rise of Sunni Muslim ultra-conservatism the kingdom helped fuel at the very moment that Crown Prince Mohammed bin Salman is curbing some of its sharpest edges in his own country.

To be fair, controversy over Valentine’s Day is not exclusively a Muslim ultra-conservative preserve. Russian and Hindu nationalists have condemned the celebration as either contradictory to their country’s cultural heritage or a ‘foreign festival.’

Yet, the Muslim controversy takes on greater global significance because of its political, security and geopolitical implications. Its importance lies also in the fact that it demonstrates that Saudi Arabia, after funding the global promotion of Sunni Muslim ultra-conservatism for four decades to the tune of$100 billion, has helped unleash a genie it no longer can put back into the bottle.

The contrast between, yes, a socially liberalizing Riyadh, and increasingly more conservative Islamabad; Indonesia’s Makassar, Surabaya and arch-conservative Bandar Aceh; and Indonesia and Malaysia’s highest Islamic councils could not be starker.

Banned for years from celebrating Valentine’s Day with shops barred from hawking anything that was red or mushy cards that hinted at the love feast, Saudis this year encountered a very different picture in markets and stores. This year they were filled with items in all shades of red.

One Saudi flower vendor reported that he had sold 2,000 red roses in one day with no interference from the kingdom’s once dreaded religious police.

“All these are common social matters shared by humanity and are not religious issues that require the existence of a religious proof to permit it,” Sheikh Ahmed said in remarks that were echoed by religious authorities in Egypt and Tunisia.

While Saudis were enjoying their newly granted social freedoms that include the lifting of a ban on women’s driving, Pakistanis were groping with a second year of a Saudi-inspired ban, in part the result of the kingdom’s pernicious support of ultra-conservatism in the country for more than six decades.

The Islamabad High Court last year banned public celebration of Valentine’s Day on the basis of a private citizen’s petition that asserted that “in cover of spreading love, in fact, immorality, nudity and indecency is being promoted –which is against our rich culture.’

The ban followed a call on Pakistanis by President Mamnoon Hussain to ignore Valentine’s, Day because it “has no connection with our culture and it should be avoided.’

This year, Pakistan’s electronic media regulator ordered broadcasters not to air anything that could be interpreted as a celebration of Valentine’s Day.

Official opposition highlighted the fact that Saudi-inspired ultra-conservative attitudes have become entrenched within the Pakistani state and would take years, if not a decade, to dislodge without creating even greater havoc in the country.

While ultra-conservatism dominated attitudes in all of Pakistan, countries like Indonesia and Malaysia were engaged in culture wars with proponents of Saudi-influenced worldviews agitating against Valentine Day’s or imposing their will in parts of the country where they were in control or exerted significant influence.

Banda Ace in Ace province and Makassar on the island of Sulawesi upheld their several years-old bans. Last year, Makassar’s municipal police raided convenience shops on February 14 and seized condoms, claiming that they were being sold ‘in an unregulated way’ to encourage people to be sexually promiscuous on Valentine’s Day.

The actions were legitimized by a ruling in 2012 by Indonesia’s highest Islamic council that stipulated that Valentine’s Day violated Islam’s teachings.

The attitude of Malaysia’s state-run Islamic Development Department (JAKIM) based on a fatwa or religious opinion that it issued in 2005 is in line with that of their Indonesian counterparts. JAKIM annually blames Valentine’s Day, that it describes as a Christian holiday, for every sin in the book ranging from abortion and child abandonment to alcoholism and fraudulent behaviour.

Authorities have over the years repeatedly detained youths on Valentine’s Day on charges of being near someone of the opposite sex who is not a spouse or close relative.

Valentine’s Day is often but one battleground in culture wars that involve gay and transgender rights as well as the existence and application of blasphemy laws and the role of Islam in society. The vast majority of ultra-conservative protagonists have no link to Saudi Arabia but have been emboldened by the kingdom’s contribution to the emergence of conducive environments and opportunistic government’s that kowtow to their demands.

The culture wars, including the Valentine’s Day battlefield, suggest that Prince Mohammed’s effort to introduce a degree of greater social freedom and plan to halt Saudi funding of ultra-conservatism elsewhere is likely to have limited effect beyond the kingdom’s borders even though the kingdom with its traditionally harsh moral codes is/was in the Muslim world in a class of its own.

A Saudi decision earlier this month to surrender control of the Great Mosque in Brussels in the face of Belgian criticism of alleged intolerance and supremacism that was being propagated by the mosque’s Saudi administrators appears at best to be an effort to polish the kingdom’s tarnished image and underline Prince Mohammed’s seriousness rather than the start sign of a wave of moderation.

Brussels was one of a minority of Saudi institutions that was Saudi-managed. The bulk of institutions as well as political groupings and individuals worldwide who benefitted from Saudi Arabia’s largesse operated independently.

As a result, the Valentine’s Day controversy raise the spectre of some ultra-conservatives becoming critical of a kingdom they would see as turning its back on religious orthodoxy.

Dr. James M. Dorsey is a senior fellow at the S. Rajaratnam School of International Studies, co-director of the University of Würzburg’s Institute for Fan Culture, and co-host of the New Books in Middle Eastern Studies podcast. James is the author of The Turbulent World of Middle East Soccer blog, a book with the same title as well as Comparative Political Transitions between Southeast Asia and the Middle East and North Africa, co-authored with Dr. Teresita Cruz-Del Rosario,  Shifting Sands, Essays on Sports and Politics in the Middle East and North Africa, and the forthcoming China and the Middle East: Venturing into the Maelstrom 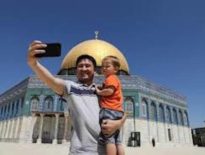 Commentary How Muslims Now View a Pilgrimage to Jerusalem 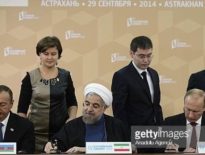 Features Expanding regional rivalries: Saudi Arabia and Ira…
0
wpDiscuz
We use cookies to ensure that we give you the best experience on our website. If you continue to use this site we will assume that you are happy with it.Ok