The nuclear deal and the negotiations leading up to it have been a significant source of factional confrontation inside Iran over the past few years, and this trend will continue for the foreseeable future.

Over the next few years, Iran will face an uncertain presidential election (tentatively scheduled for next spring) and the potential succession of its Supreme Leader (given Ali Khamenei’s advanced age and reported health problems). These looming prospects will intensify and reshape the country’s factional conflicts in the near term, with the P5+1 nuclear deal playing a formidable role in this tumultuous process.

The main driver of Iran’s factional tension on the nuclear issue is domestic criticism of the JCPOA, which thus far has fallen into four categories. The first category of criticism has targeted the deal’s content and the Western officials who negotiated it with Iran. Khamenei in particular has repeatedly pointed out the deal’s flaws. Unlike President Hassan Rouhani, he does not view the JCPOA as a victory for Iran or a mutual win-win scenario. Instead, he continues to reiterate that the United States is untrustworthy. In a June 14 speech to government officials, he declared that “the enemy” has focused on destroying Iran’s capabilities:

Who is this enemy?…The enemy is an arrogance network and a Zionist network… The arrogance network is headed by the regime of the United States of America, and the Zionist network is manifested by the fake Zionist regime that dominated occupied Palestine…The nature of America did not change; the nature of America is the same as it was under Reagan…It is wrong to think we can get along with America and solve our problems…The essential issue is the existence of the Islamic Republic, and this will not be solved by negotiation or [normalization of]relations…The JCPOA has both positive and negatives points, advantages and flaws…I was always concerned about these flaws…I have not stopped telling [Iranian officials] that [Americans] are disrespectful to their promise, are violating their commitments, and do not comply [with the JCPOA]…The other parties’ duty was to lift the sanctions; they didn’t…I urge officials to be careful; it should not be said that sanctions are lifted. The problem with making transactions has not been solved. Major banks do not deal [with Iran]…The Treasury Department is the main obstacle…America’s threat [to major international banks]is the main obstacle.

The last part of Khamenei’s declaration points to a second target of JCPOA criticism: the economic benefits that Iran expected to gain after signing the deal. Rouhani’s supporters claimed that under former president Mahmoud Ahmadinejad, certain powerful individuals and political circles benefitted from the sanctions regime and the government’s aggressive nuclear policy, at a very high cost to national interests. They also argued that the JCPOA would change this situation by limiting these factions’ involvement in the economy and allowing for normalization of Iran’s relationship with world markets.

Today, supporters and opponents of the JCPOA both acknowledge that its economic benefits have been fewer than expected, though they disagree on the causes. Critics claim that Rouhani’s camp intentionally exaggerated the potential benefits to advance its domestic and foreign policy agenda. Yet the president’s advocates argue that the Islamic Revolutionary Guard Corps (IRGC) and other powerful circles are purposefully creating obstacles to major trade contracts. Since the JCPOA was signed, Iran has failed to sign any investment contracts with international oil and gas companies. Sayyed Mehdi Hosseini, head of the Oil Ministry’s committee on revising contracts, told Sharghnewspaper last November that each month of delay in signing such contracts is costing Iran eight to ten billion dollars.

Although Hosseini’s claim was exaggerated, Iran has clearly lost billions of dollars in potential earnings over the past six months due to the lack of oil production deals. According to Amir Hossein Zamaninia, the Oil Ministry’s deputy for international affairs, this failure was rooted in the fact that “everything was politicized.” The IRGC and other strong political and economic players have opposed every draft contract, the details of which remain confidential. Khamenei himself revealed on July 2 that he is unhappy with the latest drafts: “After the content of the contracts was amended and edited and corrected sixteen times, they came to our office. Our office told them this does not suffice because further corrections were necessary…This will not happen until those corrections are made.” In the same speech, he also expressed his unhappiness with the government’s decision to purchase airplanes, referring to the controversy over the recent Boeing and Airbus deals.

A third category of criticism concerns the JCPOA’s political and cultural consequences. Moderates are disappointed in how little has improved in this regard. The president and his supporters promised that a nuclear deal was the key to resolving political problems at home, strengthening civil society and pro-democratic forces, and improving the situation for human rights and freedom of expression. Such promises have yet to be realized, however. Leaders of the Green Movement, the reformist faction that protested the rigged 2009 elections, are still under house arrest. Members of the Iranian diaspora face security concerns in returning home. And domestic pressure on political, civil, and human rights activists has only increased.

In contrast, Khamenei has expressed deep concerns about political and cultural “infiltration” by the “enemy” following the JCPOA. Besides delivering public warnings about such threats, he also advised authorities to dramatically increase their pressure on activists and their monitoring of cyberspace. The Rouhani government was so fearful of being weakened by the Supreme Leader’s apparatus that it became a major agent for this repressive agenda, as evidenced by recent restrictions on art and other cultural products, as well as violations of freedom of religion (e.g., despite a Sunni population in excess of one million, the city of Tehran has no Sunni mosques and only a small number of Sunni prayer houses, and at least one of these gathering places was recently forced to close).

The fourth category of JCPOA criticism is related to the deal’s impact on Iran’s regional standing. Since the agreement was signed, Khamenei and the IRGC have only escalated their interventionist tendencies in Syria, Iraq, Yemen, and elsewhere. Not surprisingly, this has resulted in Iran facing more pressure than ever from regional states. Relations with Saudi Arabia in particular have become so bad that Iran is barring its citizens from traveling to the kingdom for the Hajj in September — the first time this has happened in a quarter-century. Meanwhile, the Saudis have been on a campaign to persuade Arab countries to cut diplomatic ties with Iran and declare its main regional proxy, Lebanese Hezbollah, a terrorist group. Iranian critics of the JCPOA portray these efforts as a sign that the nuclear deal has intensified rather than eased Tehran’s tensions with regional states, making no mention of their own regime’s increasingly adventurist tilt since the deal was signed. According to their narrative, these tensions constitute further “evidence” of a U.S. “plot” against the Islamic Republic.

Rouhani is not in a strong position to defend the JCPOA against its critics. Despite his rhetorical quarrel with Khamenei, the president does not have any special capability to defy the Supreme Leader or avoid implementing his domestic, regional, and international policies. And even if Rouhani wins the next election, the history of second-term presidents in the Islamic Republic indicates that he would be even less capable of withstanding the crippling pressures imposed by unelected forces and institutions within the regime.

At the same time, Iran’s political scene could change drastically if Khamenei passes away soon. Several individuals have already been mentioned in Iranian political circles as potential successors, but three names stand out: judiciary chief Sadeq Larijani, the Supreme Leader’s second son Mojtaba Khamenei, and former judiciary chief Mahmoud Hashemi Shahroudi. The political track records of all three men indicate that they share Khamenei’s anti-Western and anti-democratic mindset. Even so, the post-succession power equation will greatly depend on how Khamenei sets the scene and prepares the system for his departure. His recent appointments — including Ebrahim Raisi as custodian of the powerful Astan-e Qods Razavi organization (arguably the richest economic institution in Iran), and IRGC generalAli Bagheri as chief of the Armed Forces General Staff — show that Khamenei is placing younger loyalists in sensitive positions to keep the Islamic Republic headed in his preferred ideological direction, both before and after he is gone. 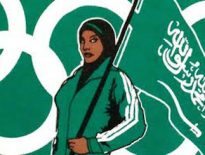