Trending
You are at:Home»Categories»Commentary»Return of the Oil Weapon
By Kevin Sullivan on 16 October 2015 Commentary

Forty-two years ago this week, Arab petroleum exporters banded together to impose an oil embargo on Western consumers in retaliation for their support of Israel in the 1973 Yom Kippur War. The five-month-long embargo by OPEC’s Arab member states spurred an almost immediate energy crisis in the United States, leading to gasoline lines, odd-even rationing, and violence.

Although the parallels between now and then are inexact, experts and energy traders increasingly agree that oil is once again being used as an economic weapon on the global stage.

Indeed, reports this week that Saudi Arabia has begun making inroads in the traditional Russian energy market of Eastern Europe suggest that oil markets have become just the latest front in the ongoing proxy war over the future of war-torn Syria. And with the Saudis now providing oil at what traders are calling “dumping prices” to buyers in Poland, Riyadh may be sending a message to Moscow through the markets.

“Oil is being used as a weapon because the Saudis want to undercut the Russians in their own backyard,” and punish Moscow for its role in the Syrian civil war, said Andrew Scott Cooper, geopolitical risk analyst and author of the forthcoming book, “The Fall of Heaven: The Pahlavis and the Final Days of Imperial Iran.”

For Saudi Arabia — a country currently flexing military muscle across much of the Middle East — oil is a far more familiar means to an end. Time and time again — in 1973 against the United States, in 1977 against the Shah of Iran, and in the late 1980s against the Soviets and unruly OPEC states — Riyadh turned to energy manipulation as a geopolitical weapon.

“There’s a blueprint for this,” Cooper told the Mideast Memo, and the past year suggests that Riyadh has dusted off its old designs for energy warfare.

There are, however, market machinations behind today’s Saudi-Russian standoff, and for reasons that predate the Syrian war. “Moscow and Riyadh were already locked in another battle for market share in Asia long before Syria slid into civil war after 2011 or the West imposed the sanctions on Russia last year,” reports Reuters. “Over the past decade, Russia has diverted as much as a third of its oil exports to Asia by building gigantic pipelines into mainland China and its Pacific coast.”

Russia, at least publicly, seems somewhat resigned to the new energy landscape. “Every country has the right to sell where it thinks necessary. This is a competition, the toughest competition is going on now,” said Russian Minister of Energy Alexander Novak this week.

The Russian energy minister, in a separate interview with C-SPAN, stressed that Moscow “does not exert pressure on the market with any additional supply on its part.” But while Moscow claims to be above energy market manipulation, it is rather obvious who it does in fact blame for such shenanigans:

That is a veiled shot at Saudi Arabia and the United States, and with Russia possibly using its newfound leverage in the Middle East as its own oil weapon, the likelihood of an otherwise unforeseen energy shock will only increase.

While increased domestic production and alternative energy sources have insulated the United States somewhat from this round of the oil wars — gasoline prices are hovering around $3 per gallon across the country — what U.S. policymakers need to be paying attention to, argues Cooper, is the oil shock to come.

“Energy independence does not mean we are unaffected. America will always get pulled in.”

Return of the Oil Weapon 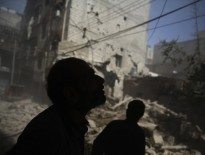 Commentary I Got Syria So Wrong 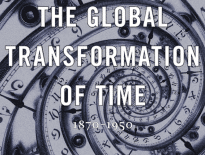 Culture & religions A Briefer History of Time: How the World Adopted A…
0
wpDiscuz
0
0
Would love your thoughts, please comment.x
()
x
| Reply
We use cookies to ensure that we give you the best experience on our website. If you continue to use this site we will assume that you are happy with it.Ok