Seventy years after its birth, Pakistan is struggling to get a grip on Sunni Muslim ultra-conservatism and its militant offshoots that were aided and abetted by successive governments as well as Saudi Arabia and at times the United States. The stakes for Pakistan are high as it confronts mounting international pressure that includes China, its closest ally, to crackdown on militancy.

A string of recent events illustrates the government’s difficulty in shielding Pakistan from retaliatory action by the Financial Action Task Force (FATF), an anti-money laundering and anti-terrorism-finance body, as well as further sanctioning by the United States. FATF this month put Pakistan on notice that it could be blacklisted in June and face global banking isolation if it failed to demonstrate its ability to combat funding of militancy.

The US Treasury last year forced Pakistan’s Habib Bank to close down its US operations and fined it $225 million because there were flaws in its systems that “opened the door to the financing of terror.”

Former Pakistani caretaker finance minister Salman Shah told Asia Times that “there were payments originating in Saudi Arabia that came to Pakistan, but there was no proper documentation.” Mr. Shah said FATF had highlighted the fact that “the current banking mechanisms in place in Pakistan are enabling their usage for terrorists, money-laundering (and) narcotics smuggling, which has prompted the FATF grey-listing.”

Other recent setbacks include a court decision that bars the government from detaining or putting Muhammad Hafez Saeed under house arrest. Mr. Saeed, believed to be the mastermind of the 2008 Mumbai attacks that left some 170 people dead, was designated as a terrorist by the United Nations and the United States, which put a $10 million bounty on his head.

A Saudi-educated religious scholar, who associated with Saudis involved in the 1980s in the anti-Soviet jihad in Afghanistan and went on to co-found Al Qaeda’s incubator, was widely seen as enjoying support of the Pakistani military because of his anti-Indian militancy.

Pakistan’s foreign ministry declared earlier this year that it welcomed Palestinian ambassador Walid Abu Ali’s “active participation in events organized to express solidarity with the people of Palestine” after the Palestine Authority recalled him for sharing a stage with Mr. Saeed.

While unable to act directly against Mr. Saeed, the government has banned his Jamaat ud-Dawa, believed to be a front for Lashkar-e-Taibe, one of South Asia’s deadliest groups, as well as one its associated charities, Falah-Insaniat Foundation (FIF), and has confiscated scores of their properties, including hospitals, in the provinces of Azad Jammu and Kashmir and Gilgit-Baltistan.

Interior secretary Arshad Mirza told a Senate panel that the groups had been barred from raising funds and have had their weapons licenses cancelled.

Conscious that militant violence could cast a shadow over Chinese investment in a $50 billion plus China Pakistan Economic Corridor (CPEC), a crown jewel of China’s Belt and Road initiative, the military has recently invested heavily in development of North and South Waziristan, troubled hubs of militant activity, and a base for the Haqqani network, a group associated with the Taliban.

Nonetheless, authorities in the province of Khyber Pakhtunkhwa, which is governed by the political party of cricket-player-turned politician Imran Khan, who is also widely believed to have close ties to the military, gave $2.5 million to Darul Aloom Haqqania, a militant religious seminary.

Dubbed a “jihad university,” Darul Aloom Haqqania, headed by Sami ul-Haq, a hard-line Islamist politician known as the father of the Taliban, counts among its alumni, Mullah Omar, the deceased leader of the Taliban, Jalaluddin Haqqani, the head of the Haqqani network. Asim Umar, leader of Al-Qaeda in the Indian Subcontinent, and Mullah Akhtar Mansoor, Mullah Omar’s successor who was killed in a 2016 US drone strike.

In yet another incident, a court ruled that Pakistanis should be identified by their faith and that applicants for public office or joining the military or the judiciary, declare their beliefs to be eligible. Failure to do so amounted to “betraying the State” and “exploiting the Constitution,” the court said.

In a bow to a deeply-seated, Saudi-inspired 1974 amendment of the constitution that declared Ahmadis, a sect viewed by orthodox Muslims as heretics, the court asserted that it was “alarming” that “one of (Pakistan’s) minorities” was “often mistaken for being Muslims” due to their names and general attire.”

Justice Shaukat Aziz Siddiqui, the presiding judge, cautioned that this “can lead them to gain access to dignified and sensitive posts, along with benefits.”

Another court recently summoned reporters from the country’s largest private television station on charges of “ridiculing” a ruling that banned Valentine’s Day celebrations and barred media from covering them.

Meanwhile, Pakistan is under pressure to curb its draconic blasphemy law that has fuelled extremism, moved the judiciary towards militant rulings, and undermined the country’s rule of law. The law was one reason the US State Department In January listed Pakistan as a country guilty of “severe violations of religious freedoms.”

The incidents reflect the fact that Saudi-inspired Sunni Muslim ultra-conservatism has become entrenched in significant segments of the Pakistani state and bureaucracy as well as of the population.

The entrenchment is the result of successive governments’ playing with religion for political gain as well as long-standing Saudi efforts to bolster ultra-conservatism as an anti-dote to Iranian revolutionary zeal in a country that borders on Iran and has a Shiite minority that accounts for approximately one fifth of the population.

Pakistan has been a focal point of the kingdom’s four decades-old funding campaign. Huge sums were pumped in the 1980s in cooperation with the United States, into financing and arming the anti-Soviet jihad in Afghanistan as well as into religious seminaries that dot the country’s education landscape until today.

The United States in recent years has invested $65 million to rewrite schoolbooks it provided for Pakistani and Afghan seminaries that employed Saudi-style concepts of jihad and ultra-conservatism in support of the struggle against the Soviets.

Saudi Arabia, according to militant sources, has in the past two years pumped large sums into militant seminaries in Balochistan, a province that borders on Iran.

More recently, Saudi officials have suggested that the kingdom may halt its global funding of ultra-conservative educational, religious, and cultural facilities as part of Crown Prince Mohammed bin Salman’s effort to return his country to an unspecified form of moderate Islam and improve its image tarnished by its sponsorship of ultra-conservatism.

That, however, may not have much immediate impact on Pakistan. Ultra-conservatism has struck deep roots in Pakistani society as well as the state and it will take years if not a generation to uproot it. That is the message that emerges from the recent string of judicial, societal, and policy developments that spotlight the difficulties in Pakistan’s uphill struggle with ultra-conservatism and militancy.

Dr. James M. Dorsey is a senior fellow at the S. Rajaratnam School of International Studies, co-director of the University of Würzburg’s Institute for Fan Culture, and co-host of the New Books in Middle Eastern Studies podcast. James is the author of The Turbulent World of Middle East Soccer blog, a book with the same title as well as Comparative Political Transitions between Southeast Asia and the Middle East and North Africa, co-authored with Dr. Teresita Cruz-Del Rosario,   Shifting Sands, Essays on Sports and Politics in the Middle East and North Africa, and the forthcoming China and the Middle East: Venturing into the Maelstrom

Pakistan struggles to get a grip on militancy and ultra-conservatism 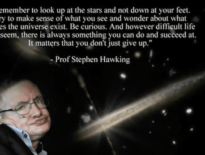 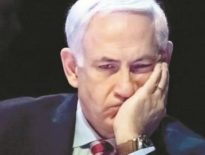 Commentary Netanyahu’s Disastrous Rule Is a Dream for a…
0
wpDiscuz
0
0
Would love your thoughts, please comment.x
()
x
| Reply
We use cookies to ensure that we give you the best experience on our website. If you continue to use this site we will assume that you are happy with it.Ok