Trending
You are at:Home»Categories»Commentary»Out We Go
By Michael Young on 22 December 2018 Commentary

The decision of President Donald Trump to pull U.S. forces out of Syria has, predictably, shocked the foreign policy community in Washington. On Thursday, it led Defense Secretary James Mattis to resign, with this aside directed at Trump in his resignation letter: “My views on treating allies with respect and also being clear-eyed about both malign actors and strategic competitors are strongly held and informed by over four decades of immersion in these issues.”

The president’s stated reasons for ordering the withdrawal were confusing. At  first he announced that he had done so because “we have defeated ISIS in Syria, my only reason for being there during the Trump Presidency.” But then Trump apparently remembered that the Islamic State had not been defeated, and followed up with a pair of tweets expressing a different intention:

Does the USA want to be the Policeman of the Middle East, getting NOTHING but spending precious lives and trillions of dollars protecting others who, in almost all cases, do not appreciate what we are doing? Do we want to be there forever? Time for others to finally fight…..

….Russia, Iran, Syria & many others are not happy about the U.S. leaving, despite what the Fake News says, because now they will have to fight ISIS and others, who they hate, without us. I am building by far the most powerful military in the world. ISIS hits us they are doomed!

So, the Islamic State has been defeated, but Russia, Iran, and Syria are unhappy because they will have to continue fighting the group on their own, suggesting it has not been defeated. What’s more, this serving of incoherence was issued by a president tapping out messages on his telephone, while those who run the Syria policy of the United States were largely left in the dark and scrambling to reverse what had been decided. All to no avail. Almost as a footnote, on Thursday Trump also ordered a major military withdrawal from Afghanistan.

It was ironical that some of Trump’s strongest American supporters, who had lauded his decision to withdraw from the nuclear deal with Iran, were outraged, believing that the move would undermine the containment of Iran. “Trump now has gutted the 12-point plan by [Secretary of State Mike Pompeo] where the secretary wisely included numerous points relating to neutralizing and rolling back Iran’s influence in the region,” tweeted Mark Dubowitz of the Foundation for Defense of Democracies. Dubowitz had collaborated with the administration in defining a strategy toward Tehran and has encouraged its uncompromising backing for Israel.

The common accusation against Iran from the political right in the United States is that because of its desire to expand its reach in the region, Tehran seeks to destroy the regional order Washington has defended for decades in the Middle East. That is surely true, but today the consensus is that Trump has done more than anyone to destroy that order, for no other reason than he cares nothing about a region he has dismissed as “a nasty part of the world.”

That’s why one can’t help but feel a sense of satisfaction in watching Trump’s enablers raging against his latest steps in Syria. For over two years they had propped Trump up as a contrast to Barack Obama, who had sought to radically revise America’s role in the Middle East. But what they’re realizing today is that Trump and Obama are much more alike in the region than they would care to admit. Certainly, Obama had a different perspective with regard to Iran than Trump does, but both men entered office viewing the Middle East as a senseless drain on American resources and as a region offering little hope for the future, whose states had to take care of their own affairs and no longer rely on American power to resolve their problems.

When Trump reversed Obama’s approach by withdrawing from the nuclear deal with Iran and bolstering traditional U.S. allies such as Israel and Saudi Arabia, Obama’s critics were elated. Trump could do no wrong. Until this week, when his decision on Syria showed that he had no intention of going beyond a certain limit in opposing the Iranians. Trump may have made a terrible choice, but no one can say that he was ever misleading. His frustrated enablers should have known that he would disappoint them, but their self-satisfaction over his behavior toward Israel and Saudi Arabia made them, mistakenly, assume that he would embrace their preferences indefinitely.

So where are we today? With America soon leaving Syria, Israel will be alone as an effective regional adversary of Iran. Israeli Prime Minister Benjamin Netanyahu quickly grasped this reality, and declared earlier this week, “We will continue to act in Syria to prevent Iran’s effort to militarily entrench itself against us. We are not reducing our efforts; we will increase our efforts. I know that we do so with the full support and backing of the U.S.”

This implies that a new regional order is in the making. On the one side there will be Israel, on the other Iran, and playing the middle and gaining power and gathering political cards, Russia. No wonder the Israelis and Saudis, like the Turks, the Syrian Kurds, and even the Lebanese, have been building ties with Moscow, all of them sensing that America is unreliable in the ways of power. Today, Russian President Vladimir Putin is the go-to person for the region’s leaders, even if Russia is weaker than the United States. Then again power is something for which one has to fight, and Putin seems far more adept at it than the frivolous television impresario who governs America.

There is the minor matter of the lives that may be lost because of Trump’s exit from Syria. But the possible outcomes may not be as bloody as expected. The Syrian Kurds, faced with the imminence of Turkish intervention in northern Syria, could well turn to the Syrian regime and Russia and try to arrive at an arrangement with them. The Turks have welcomed the U.S. pullout, but can probably live with a return of Syrian regime forces to northern Syria so they can suffocate Kurdish political aspirations. Syrian President Bashar al-Assad will regain control over his borders, which can only benefit Iran. And in southern Syria we may continue to see an Iranian-Israeli struggle over the areas abutting the Golan Heights, which will almost certainly reinforce Russia’s central role in shaping an outcome there.

The apocalypse is not around the corner, as many of Trump’s critics claim, but we are on the cusp of a new Middle East.

Maybe one day Trump will be praised for realizing that the region was not worth the effort. But for now the United States will have to accept that it is creating a far more volatile situation than the one Trump inherited. That will mean new wars and new transformations, which could draw the U.S. back into the region. As Obama learned, you can check out of the Middle East but it doesn’t mean you can leave. 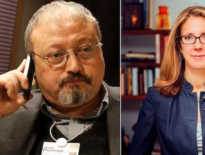 Headlines Jamal Khashoggi’s final months as an exile in th… 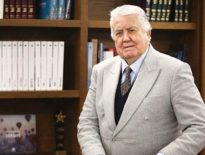 Headlines Veysel Donbaz, interpreter of dead languages
0
wpDiscuz
We use cookies to ensure that we give you the best experience on our website. If you continue to use this site we will assume that you are happy with it.Ok