Trending
You are at:Home»Categories»Headlines»Migrant Workers Can’t Afford a Lockdown
By Foreign Policy on 4 May 2020 Headlines, International Sports

As Qatar races to complete construction projects ahead of the 2022 World Cup, a small army of workers from South Asia are on the front lines of the coronavirus pandemic.

There are more than 2 million migrant workers in Qatar—a significant number given that the country’s overall population is just 2.6 million. In recent years the foreign laborer population in Qatar has swelled as the country has undergone a construction boom ahead of the 2022 FIFA World Cup, which is set to be held there.

Many of these workers come from villages across South Asia, sometimes after paying recruiters thousands of dollars to secure a job that they hoped would lift their families out of poverty. But as the coronavirus pandemic edges its way across Qatar, which now has more than 2,000 confirmed cases, the migrant workers’ cramped living quarters and lack of access to health care, proper sanitation, and nutritious food imperils an already highly vulnerable group of people.

Qatar has a long history of migrant worker abuse and exploitation, which has garnered widespread international condemnation in recent years. The abuse—which at times has amounted to forced labor and human trafficking—has been exacerbated by South Asian governments’ inability to successfully lobby for strong protections. (Critics contend there has been scant political will given the huge portion of GDP now made up by remittances from overseas workers.) Such issues are hardly unique to Qatar. Some 35 million migrants are employed in the six Gulf Cooperation Council countries, in Jordan, and in Lebanon, and incidences of exploitation are well documented. But the sheer of size of the migrant workforce compared to the general population, the overcrowded camps in which migrants live, and the construction pressures of the looming World Cup have placed foreign laborers in Qatar at particularly high risk of catching the coronavirus.

With fewer than 1,000 days to go until the 2022 World Cup in Qatar kicks off, migrant workers have been toiling on stadium and infrastructure projects worth an estimated $200 billion. While Qatar has now shut down all public spaces, construction workers are still working on a variety of projects despite the fact that hundreds of cases of the coronavirus have spread among their communities.

How can workers “keep social distances” when they have to go to factories and construction sites where “more than 200 peoples are working together and sharing same bus,” one worker tweeted.

Since construction for the World Cup began six years ago, 34 migrants have lost their lives. Of those 34 deaths, 31 have been classified as “non-work related,” a term largely used to describe sudden deaths from unexplained cardiac or respiratory failure. Hundreds more die each year while working on other construction projects. As with the World Cup deaths, the government attributes the majority of these to cardiovascular causes or “natural death.” There is nothing, however, natural about a young, healthy person dying. Research published last year in the journal Cardiology explored the relationship between heat exposure and the deaths of more than 1,300 Nepali workers over a nine-year period until 2017. The climatologists and cardiologists found a strong correlation between heat stress and young workers dying of cardiovascular problems in the summer months. Of Qatar’s migrant population, some 700,000 are Indian, 400,000 Nepali, and 400,000 Bangladeshi. The shockwaves of such deaths are felt across South Asia.

In Kathmandu, Nepal, where I am based, body bags arrive at the international airport on a weekly basis, leaving families grieving for their loved ones and asking: How could this have happened? In the months to come, it will be no surprise if many more families are left heartbroken.

On March 11, 238 migrants in a single residential compound in the Industrial Area—a vast swath of land that’s the site of factories, warehouses, and migrant workers’ accommodation just outside Doha, Qatar—tested positive for the coronavirus. Since then, dozens more cases have been identified that appear to be linked to the initial outbreak.

However, the true burden of disease among migrant workers is unknown. The government doesn’t give figures on what portion of the infected are migrant workers. And some migrants fear coming forward to report their symptoms. “Many migrants are worried they will be deported if they test positive for COVID-19, so there is a fear that they will not report symptoms or go get tested, feeling compelled to work with the virus and imperiling their own health and that of others,” said Elizabeth Frantz, a division director of the Open Society Foundations’ International Migration Initiative. “There should be guarantees that migrant workers who come forward and report symptoms or test positive will not be deported. They should be reassured that they will not lose their jobs if they are ill.”

Following the confirmation of hundreds of cases among migrants, a huge part of the Industrial Area was put into lockdown. Authorities stressed that such a closure would “not affect the daily needs of the residents in this area, as there is coordination with the relevant companies to continue to fulfill the needs of their workers and pay their salaries on the usual dates,” and that additional measures to prevent the spread of the virus would be made available to these workers. In an email to Foreign Policy, Qatar’s communication office said that 1,000 trucks were sent to the Industrial Area daily to provide essential items and that the government would carry out an increase of work site checks and monitoring of companies to ensure that wages are paid in full.

The workers paint a different picture. When Narendra, a Nepali migrant worker in Doha, called me via the encrypted app Signal, I could hear heavy machinery operating in the background. He asked that his real name not be used for fear of retribution, as the story he told me is different from the one the government is peddling.

Migrants are hard at work. We used the encrypted communication app because he has a deep fear of surveillance.

“The situation here is serious,” Narendra said, describing the lockdown in part of the Industrial Area. “I have been frequently speaking with workers who are in lockdown areas. Employers aren’t allowing people out to buy food, and companies are not providing food. We don’t have any rights to ask for support.”

It’s difficult—if not impossible—for migrants to refuse to go to work in a country where employers have extreme control over its workers. At the heart of the abuse faced by migrant workers has been Qatar’s kafala system, which legally binds foreign workers to their employers, restricting workers’ ability to change jobs and preventing them from leaving the country without their employers’ permission—a practice that has been described as modern slavery. In October 2019, the government announced reforms that would allow migrant workers to change jobs and leave Qatar without employer consent. Thus far, only the second reform has been implemented. And while campaigners laud the progress, enforcement of laws remains spotty, and there’s little clarity on when further reforms will be rolled out.

According to a 2019 report titled “Improving Single Male Laborers’ Health in Qatar”—notable because it was published by Georgetown University in Qatar and sponsored by the government-funded Qatar Foundation—migrants faced “fundamental challenges in readily accessing healthcare services, including lack of health cards to access government subsidized health services and lack of effective geographical access to hospitals and medical centers.” The problems are compounded by language barriers and fear of punishment.

Every day now, Narendra fields calls from dozens of Nepali migrant workers who are confused and afraid. He’s part of an informal group of Nepali migrants who are advocating for better working and living conditions. When it comes to the coronavirus, he said, many workers lack awareness and understanding about the virus and how it spreads.

In response, he has begun broadcasting Facebook Live videos for fellow migrant workers in the Nepali language, explaining what COVID-19 is and how they can protect themselves such as by washing their hands often.

But there are limits to self-protection: Most workers sleep in dormitories, sharing rooms with up to 10 people and sharing kitchens and bathrooms with dozens more. When they head to work on the construction sites, it is on overcrowded buses. In response, the government recently announced it would reduce bus capacity by half, that construction workers would work a maximum six hours a day, that workers’ accommodation would be limited to four people, and that all accommodation sites would be sanitized and information on hand-washing and hygiene would be provided. Whether this is just rhetoric remains to be seen.

As the virus continues to spread, it is vital that Qatari authorities ensure that all migrant workers have not only access to testing but also appropriate medical treatment. Campaigners are demanding that those who are unable to work—either due to quarantine or from testing positive for the coronavirus—continue to receive wages as promised and that all migrants are able to access timely and adequate protective measures. If not, there can be little doubt that cases will explode among migrant workers.

“There’s a high risk of transmission among workers. We don’t know whether people will get paid or not. We do not know whether we will be asked to leave the country or not. People do not have access to food,” Narendra said.

Sophie Cousins is a health journalist based in South Asia. She is currently writing a book on women’s health in the region. Twitter: @SophCousins 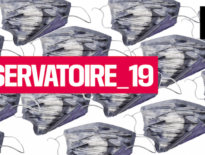 Headlines “If the Chinese press were free, the coronav… 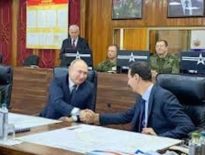 Features Putin to Assad: Syria’s prime economic assets a…
0
wpDiscuz
0
0
Would love your thoughts, please comment.x
()
x
| Reply
We use cookies to ensure that we give you the best experience on our website. If you continue to use this site we will assume that you are happy with it.Ok