(ATR) The IOC Ethics Committee is now reviewing the circumstances that have drawn IOC member in Kuwait Sheikh Ahmad Al-Fahad Al-Sabah into the path of the international criminal probe of bribery and money laundering at FIFA.

Ahmad, also active in FIFA, was indirectly identified in US court documents unsealed last week, as the alleged source of about $1 million said to be used to influence Asian votes in FIFA presidential elections.

Ahmad, IOC member since 1991 and seeking a second term as FIFA vice president, denies any wrongdoing. But now he has ended that FIFA campaign and resigned all his duties with the federation. Nonetheless, his case will be reviewed by the FIFA Ethics Commission.

In what could be an ominous sign for his extensive Olympic responsibilities, the case of Sheikh Ahmad is also being followed by the IOC Ethics Commission.

In addition to his IOC seat, Ahmad has been president of the Olympic Council of Asia since 1991. Since 2012 he has led the 206-nation Association of National Olympic Committees.

The link to Sheikh Ahmad and the ongoing FIFA investigation by the US Department of Justice was revealed April 27 when Richard Lai, a former member of the FIFA Audit Committee pleaded guilty to money laundering charges. He is the latest of some 40 convictions of individuals on similar charges connected with vote-buying at FIFA.

Court transcripts appear to indicate that Lai believed the source of the money he distributed was an individual only identified as “the president of the Olympic Council of Asia”.

“Sheikh Ahmad Al-Fahad Al-Sabah is aware of the media speculations concerning alleged payments made to Richard Lai who is being investigated by US authorities for tax and other alleged violations,” says a statement from Sheikh Ahmad.

“Sheikh Ahmad is very surprised by such allegations and strongly denies any wrongdoing.

“He will vigorously defend his integrity and reputation and that of any organisation that he represents in any relevant legal review. There will be no further comments on this matter,” concludes the statement.

Ahmad faces no charges. He voluntarily informed the IOC Ethics Commission of the FIFA inquiry.

There was no immediate comment from the IOC as to Sheikh Ahmad’s IOC status. The IOC has acknowledged that his file had been presented to the Ethics Commission. Those proceedings are confidential until a decision is released to the public. Until then the IOC is likely to insist on the presumption of innocence for its member in Kuwait.

As he did with his FIFA responsibilities, Ahmad may well step aside voluntarily from his IOC capacities while matters are settled, regardless of the presumption of innocence.

If so, he follows in the footsteps of IOC colleague and confidant Patrick Hickey of Ireland, who suspended himself soon after being arrested and jailed in Brazil last August on charges be broke laws on the sale of Olympic tickets.

Hickey says he did not violate Brazilian law. He is home in Ireland awaiting trial in Brazil, allowed to leave the country after ANOC provided a $400,000 loan to secure his release from jail. While he remains an IOC member with an asterisk, Hickey has been replaced as president of the Olympic Council of Ireland.

In this case it is Robin Mitchell of Fiji, president of the Oceania National Olympic Committees.

Should Ahmad take leave of his leadership at the OCA, the most senior vice president would be called upon to serve as interim president. That would be Maj. Gen. Charouck Arirachakaran of Thailand. Timothy Fok of Hong Kong is next most senior.

IOC Could Be Next Chapter in Ahmad FIFA Drama 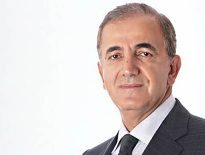 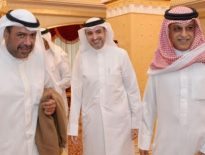