Trending
You are at:Home»Categories»Headlines»How Trump Can End the War in Syria
By Ayman Abdel Nour on 29 April 2020 Headlines

Putin and Erdogan Are Finally Ready to Negotiate

In the summer of 2011, as Syria’s peaceful protest movement began mutating into a full-blown civil war, Syrian opposition activists begged U.S. President Barack Obama to aid their efforts to oust the country’s authoritarian leader, Bashar al-Assad. The dissidents were received with great warmth and sympathy by State Department officials and by lawmakers from both political parties, but the Obama administration—already focused on preventing Iran from developing nuclear weapons and keen to avoid the quagmire of a sectarian conflict—declined to intervene. For the next five and a half years, as the war in Syria killed hundreds of thousands of people and displaced millions, Obama offered rhetorical and humanitarian support to the Syrian rebels but little more; he repeatedly failed to take the kind of decisive action that might have ended Assad’s brutal rule or changed the course of the bloody conflict.

Since entering office in 2017, U.S. President Donald Trump has faced frequent criticism for his lack of a coherent foreign policy and apparent disdain for traditional diplomacy. But Trump has shown himself to be capable of bold decision-making and unafraid of confrontation. In the case of Syria, for example, Trump twice responded to Assad’s use of chemical weapons with immediate retaliatory airstrikes—in stark contrast with his predecessor, who called chemical weapons a “red line,” then stood passively by when Assad used them against Syrian civilians. Although his contradictory statements may frustrate foreign policy analysts and long-standing U.S. allies alike, Trump’s ad hoc, reactive approach to international challenges has often proved more effective than his detractors would like to admit. Even Trump’s decisions to cancel the Iran nuclear deal and to assassinate the Iranian Quds Force commander, Major General Qasem Soleimani—arguably the most audacious and controversial foreign policy moves of his presidency—have thus far failed to produce the catastrophic consequences that were so widely predicted in their immediate aftermath.

It is time for Trump to act boldly once again by striking a grand bargain on Syria. Thanks to an unusual set of economic, geopolitical, and epidemiological circumstances, the Trump administration has a historic opportunity to put an end to the conflict that has ravaged the country for nearly nine years. Syria’s economy had been deteriorating over the course of the long war, but over the last several months, the financial crisis in neighboring Lebanon has pushed it into a state of complete collapse. Syria’s military is badly debilitated, causing Assad loyalists to openly question the regime’s legitimacy for the first time. Russia and Turkey, which back opposing sides in the conflict, each face significant internal economic woes of their own—now suddenly exacerbated by the arrival of the novel coronavirus. The so-called Astana peace process, which was laid out in a 2017 deal between Iran, Russia, and Turkey, is breaking down, with a diminished Iran increasingly acting as a spoiler. Even a March 5 cease-fire agreement between Russia and Turkey in Idlib, Syria’s last remaining opposition stronghold, has begun to fray, mere weeks after it was signed. By acting quickly and offering both countries—and especially Russia—face-saving paths out of a fight they can no longer afford, the United States can conclude the war in Syria once and for all.

In regime-controlled areas of Syria, the economy is in ruins. Fuel and cooking gas are scarce, and shortages of basic goods, combined with a plummeting Syrian pound, have sent prices soaring. For the first time in decades, wheat shortages now threaten the government bread subsidies that are a critical underpinning of the regime’s legitimacy. In a desperate bid to hide its inability to provide Syrians with enough bread, the government has launched “innovative” new distribution methods: doling out bread from trucks instead of traditional bakeries and issuing ration cards equipped with electronic chips to each household; if Syrians don’t receive bread to feed their families, the government can now argue that it is because they didn’t run fast enough to catch the bread truck or carelessly damaged the delicate chips on their ration cards. Electricity cuts are constant, and once staunch supporters of the regime have begun openly criticizing Assad and his cronies, calling out the rampant corruption that has pushed millions of people into abject poverty.

Assad’s air force is now so weak that, in February, Turkey was able to impose an air embargo over Idlib using just two F-16 fighter jets alongside a fleet of drones. The last time Syria purchased military aircraft in large quantities was in 1983 (although it acquired a small number in 1996). At present, Assad has only about 30 functioning aircraft, and his government lacks spare parts to repair them when they break down. The Syrian army, too, is exhausted and demoralized. After months preparing for a heroic last fight to “liberate” the northwestern region of Idlib, the troops were shocked when their advance was prematurely halted by a March 5 cease-fire between Russia and Turkey—a cease-fire agreement concerning Syrian territory, yet concluded without any involvement from Syria’s president. For many soldiers, learning that their leader had been excluded from the cease-fire discussions was a moment of horrifying revelation that laid bare the truth about their leader’s subservience to Russia.

Although the war in Syria is one of the most complex of the modern era, Russian President Vladimir Putin’s reasons for entering it in September 2015 were relatively straightforward. Putin hoped to raise Russia’s status and to burnish his own international reputation. By making Russia indispensable in the campaign against the Islamic State (or ISIS), Putin hoped to make his country an equal partner with the West in the fight against terrorism, much like the Soviet Union partnered with the Allies to defeat Nazism. Putin made this vision explicit when, in a speech at the United Nations shortly before the Russian intervention in Syria, he praised the post–World War II Yalta conference for laying a “solid foundation for the postwar world order.” It is not a stretch to say that Putin hoped that, by involving Russia in the war in Syria, he would later find himself in the position of Stalin at Yalta, meeting with the leaders of the world’s other great powers and reorganizing the world into spheres of influence.

Things have not turned out that way. Russia has now reached the absolute limit of what it can achieve in Syria, whether for the purposes of selling weapons or burnishing its reputation before the international community. Further engagement in Syria now threatens to actually damage Russia’s image by exposing the failure of its weapons against Turkey’s superior arsenal. Syria’s military depends entirely on Russia’s unconditional support, and there are clear signs that Russians are losing patience with Assad and questioning the wisdom of continuing to assist his regime. Last week, a Russian news agency owned by a close Putin ally published a blistering attack on Assad’s weakness and corruption. The news that Assad recently spent $30 million on a David Hockney painting as a gift for his wife, Asma, was first reported in a Russian outlet, too. But most damning of all for the Syrian regime was a recent article by Russia’s former ambassador to Syria, Aleksandr Aksenenok, in which he argued that Assad is obsessed with military victory, increasingly divorced from reality, and incapable of rebuilding postwar Syria and turning it into a functional country once again.

With oil prices hitting new lows, Putin badly needs new sources of revenue. A peace deal that enabled the launch of reconstruction projects would offer Russia a chance to recoup some of the money it has spent supporting Assad—by providing Russian businesses with a stream of lucrative reconstruction-related contracts—and also hand Putin an international political victory. Putin won’t give up on the idea of a leading role for Russia in postwar Syria, but he will readily abandon Assad himself as a means to that end.

The Trump administration should focus, first and foremost, on bringing Russia to the table. But Turkey, too, badly needs a deal. Its domestic economic situation is deteriorating, and tensions within the ruling Justice and Development Party, known as the AKP, are increasing. For Turkish President Recep Tayyip Erdogan, the human and financial toll of the Syrian intervention have become unsustainable. Turkey cannot succeed in Syria without NATO support, and Erdogan fears a sudden American withdrawal from Syria’s northeast. Since the March 5 cease-fire in Idlib, Turkey has begun, tentatively, to cooperate with Russia. But Erdogan relies on American military aid, provided both bilaterally and through NATO, and will welcome the Trump administration’s involvement in bringing the conflict to an end.

A STEP TOWARD PEACE

The road map for bringing about a peaceful, Syrian-led democratic political transition already exists. It was laid out in UN Security Council Resolution 2254 and adopted unanimously in December 2015. But a cease-fire is the first step, and Trump should seize the opportunity to bring that about. In fact, he is probably the only world leader who is capable of doing so.

It is true that the United States doesn’t have the standing in the Middle East that it once had, but Putin won’t hesitate to follow Trump to the negotiating table—in part because it will flatter his “new Yalta” ambitions, but mostly because he has little choice. After striking a deal with Russia and ensuring Assad’s capitulation, Trump can approach Erdogan and from there set Syria on the path to a democratic transition and peaceful reconstruction. The war in Syria is messy; many interests will still need to be served and many problems resolved in the final agreement. But a deal with Russia and Turkey leading to a lasting cease-fire and Assad’s removal is the necessary first step; after that, the Kurds will readily get on board. Trump has demonstrated that he can act boldly. By striking a grand bargain on Syria, he would once again show the world that he can deliver tangible results.

How Trump Can End the War in Syria 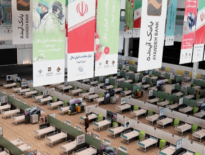 Headlines A Chernobyl Moment in Tehran 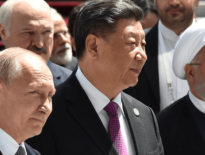 Headlines Asia Strategic Report: Corona Virus Pandemic and …
0
wpDiscuz
We use cookies to ensure that we give you the best experience on our website. If you continue to use this site we will assume that you are happy with it.Ok