Trending
You are at:Home»Categories»Commentary»Hamas in the service of Israel
By Salman Masalha on 5 June 2018 Commentary

Hamas rule isn’t the enemy of the Israeli right. Au contraire, it’s the loyal servant of all the right-wing governments.

Pundits say the government has no clear policy in the Gaza Strip. They’re wrong. It’s true that when Benjamin Netanyahu was in the opposition he declared, as the head of Likud, that if he came to power he would bring down the Hamas government; that Yisrael Beiteinu Chairman Avigdor Lieberman, before becoming defense minister, said that within 48 hours on the job he would arrange for Hamas leader Ismail Haniyeh to meet with 72 virgins in heaven; and that Habayit Hayehudi Chairman Naftali Bennett issued hollow pronouncements. But all that was just lip service, for the sole purpose of appealing to Israel’s military machismo, which in the future will drive the ignorant Israeli masses to the polls in droves, to put the right ballot in the box.

Lest we forget: Hamas rule isn’t the enemy of the Israeli right. Au contraire, it’s the loyal servant of all the right-wing governments. Since the occupation of the West Bank and the Gaza Strip in the Six-Day War, all Israeli governments have devoted all their time and energy to fighting the Palestinian national movement, which gained momentum due to the occupation. In that context it’s worth mentioning that since the late 1970s, on the advice of various Arabists, there have been several abortive attempts to create a local alternative to the PLO, in the form of the Village Leagues.

The Hamas movement, which now controls the Gaza Strip, was founded with the encouragement of Israeli governments as an Islamic counterweight to the nationalist movement led by the PLO. The Islamist golem that for years turned against its creator — that’s already another story.

Given that this is where things stand, the Israeli right would do well to find the silver lining in the cloud that is the Gaza Strip. It’s perfectly simple. The Hamas government is securing the separation between the Gaza Strip and the West Bank, which according to the Oslo Accords are supposed to be a single political entity. As long as Hamas rules in the Strip, no Palestinian political entity exists that can conduct negotiations, that can pass binding resolutions decisions and impose them on the Palestinians living within the borders of the entity. As a result, the Israeli right can argue that there is no Palestinian partner with which it can negotiate an end to the conflict.

The Palestinians thus played straight into the hands of the Israeli right, giving birth to a two-headed creature that is increasingly entrenching itself without any hope of a normal life.

Recently, in the wake of the hospitalization of Palestinian President Mahmoud Abbas and the talk of a possible successor, some signs of the delegation of authority to a few individuals in the Palestinian Authority have emerged. If that does indeed happen, then that part of the Palestinian body — the West Bank — will also grow multiple heads. The Palestinians will find themselves in an impossible situation: Too many chiefs means too many pointless internal conflicts within the divided Palestinian creature.

In such circumstances, the Israeli right will go from victory to victory. It will continue down its ancient road. It will continue to steal Palestinian land for the settlements and to build roads for settlers that bypass Palestinian communities — until the complete blockage of the respiratory passages and the resultant death of the strange Palestinian creature.

Had the Palestinians been blessed with a fertile political imagination, they would have chosen Marwan Barghouti as the successor to the Palestinian president and Salam Fayyad as prime minister. If they do so, the entire world will support them. If not, their situation will go from bad to worse.
*
Haaretz, June 4, 2018

Hamas in the service of Israel 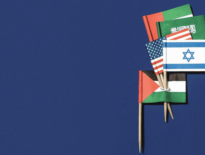 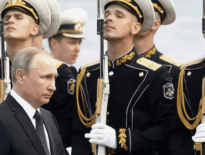 Headlines What Will Ultimately Bring Putin Down, According t…
0
wpDiscuz
0
0
Would love your thoughts, please comment.x
()
x
| Reply
We use cookies to ensure that we give you the best experience on our website. If you continue to use this site we will assume that you are happy with it.Ok