Mark Pieth, a Swiss criminal law professor who has led reform drives at Fifa, made the comments after the head of the world body’s independent audit committee, Domenico Scala, quit in protest at what he called an attack on Fifa’s reforms.

Infantino “has dropped the mask” of a reformer, Pieth said. “He is showing his real motives and his real personality.”

Pieth further accused Infantino of not respecting the need for checks on power.

“For me, it’s falling back to the worst times of Blatterism,” the Swiss professor said.

Scala stepped down on Saturday, voicing concern over a measure that gave the Fifa Council control of the nomination of members of independent oversight bodies such as its ethics committee and audit and compliance committee.

The measure was approved at this week’s congress in Mexico City, the first since Infantino replaced Blatter as president.

Fifa said the measure was only intended to give the Fifa council powers to fill empty seats on the key committees until the next Congress in 2017. It said Scala had made “baseless” claims.

But Pieth argued that ethics investigations under Blatter were undermined because Blatter controlled who the probes would target.

In similarly eroding the autonomy of Fifa’s independent committees, especially the ethics panel, Infantino could also render those institutions toothless.

Pieth, who is close to Scala, said the spat with Infantino was in fact tied to disputes over the new president’s salary.

Infantino told journalists on Friday that his compensation had not yet been decided.

According to Pieth, who did not disclose his source for the information, Infantino is upset that Fifa’s remuneration committee, which included Scala, determined his annual salary at 2 million Swiss francs ($2 million, 1.8 million euros) without the prospect of a bonus.

“The fact is Infantino refused to sign the contract,” and had been pressuring Scala to resign in the wake of the flap, Pieth said.

Pieth had been appointed by Blatter to lead Fifa’s independence governance committee, which sought to reform the organisation amid the scandals that followed the awarding of the 2018 and 2022 World Cups to Russia and Qatar.

A fresh crisis that erupted a year ago after US prosecutors charged dozens of senior football officials with corruption brought Blatter down and led to Infantino’s election as president in February.

by The Telegraph time to read: 2 min 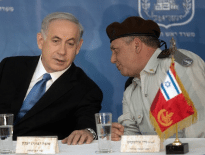 Headlines Israel’s Army Goes to War With Its Politicians 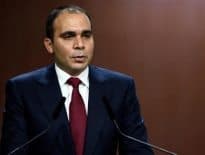 International Sports Gianni Infantino’s first crisis as Fifa presiden…
0
wpDiscuz
We use cookies to ensure that we give you the best experience on our website. If you continue to use this site we will assume that you are happy with it.Ok