A number of state buildings in Ankara these days have an uninvited guest: main opposition leader Kemal Kılıçdaroğlu.

73 year-old who twisted the fate of the desperate opposition through a moderate and silent policy in the last local elections, now steps up the gear and takes on the offensive.

Addressing the bureaucrats and the president in an extravagant palace from his humble kitchen, Kılıcdaroğlu made it a routine to post videos on social media and suddenly appearing at the locked doors of state buildings, where he questions the policies of ministries and manipulation by institution of statistics on live tv to get public attention, in a bid to balance the embargo in mainstream media outlets.

Yet the last door he knocked last week, was not a state building, but a private property:

“SADAT, which we are in front of right now, is a paramilitary organization. And until very recently, they served as Erdogan’s advisors. Among the goals of this organization is unconventional war training. That is, sabotage, raid, ambush, destruction, assassination and terror.”

SADAT and its CSO offshoot ASSAM since thwarted July coup attempt of 2016, have been accused by many of building Pro-Erdogan paramilitary groups in Libya and Syria, inflitrating into Turkish army.

Today, confident with the landslide victory against Erdogan on a fair election, main opposition leader puts the organization on the center of concerns over resistance against peaceful power transition after the elections. And he has his reasons. 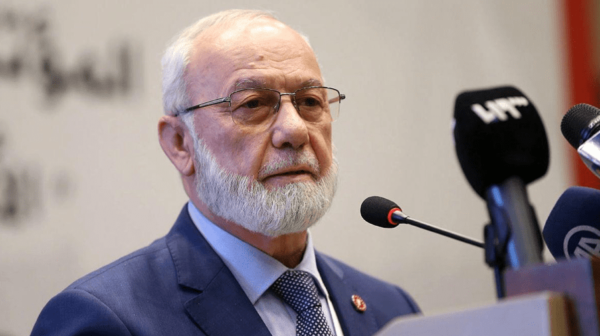 Adnan Tanrıverdi: Founder of SADAT and ASSAM, Former Advisor to the President Erdogan

On the official website, SADAT is defined as “the first and the only company in Turkey, that internationally provides consultancy and military training services.” and the mission billed as “reorganizing or modernizing the Armed Forces and Internal Security Forces of Islamic Countries in a modern and effective sense”

Following the failed coup attempt in 2016, institutions and NGO’s close to Erdoğan have grown financially and have started to stand out more.

A former Turkish general who manifested himself as a justice defender for the officers dismissed in the late 90s and 2000s amid the anti-islamist purge within military, Adnan Tanrıverdi have been an influential figure among the former military officers with islamist leanings.

Drawing on the moderate political climate in the early AKP era undoing the harms of previous coups and human rights violations, Tanrıverdi and his fellows dismissed from military found a fertile environment to promote extreme and utopian objectives within democratic constraints.

Served as a top advisor for President Erdogan, Tanrıverdi was dismissed after he blatantly unveiled his vision on an interview by pro-Erdogan media following an Islamic Congress of ASSAM:

“Islamic unity will be constituted when Mahdi comes. Allah knows when the Mahdi will come. Aren’t we supposed to do something about it? Don’t we need to prepare the grounds for it? This is what exactly we’re doing in this endeavor”

Today, Melih Tanrıverdi, elder son of Adnan Tanrıverdi who runs the operations in SADAT, accepted our interview request for Serbestiyet, a liberal news/opinion platform in Turkey. The headquarter was easy to find via Google Maps, and the compound was only 150 meters away from the private house of Ekrem İmamoğlu, Mayor of Istanbul from CHP, who is also seen as a likely candidate for running against Erdogan in the Presidential elections. There were no security measure applied either.

“As SADAT Defense, we have the opportunity and capability to provide all kinds of services that an armed forces may need. from A to Z. We can either create or change the total defense concept of a country. We have a well-equipped human resource retired from the Turkish Armed Forces.” 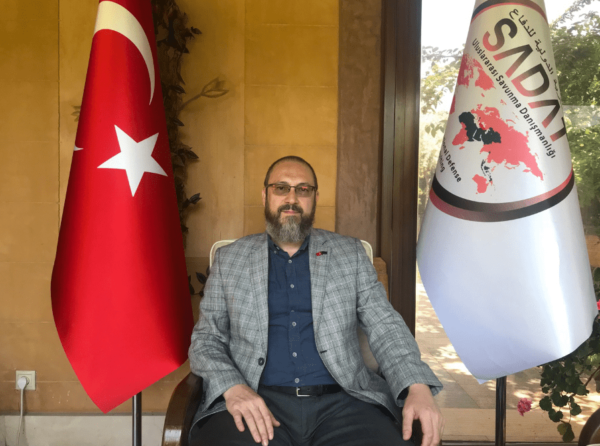 While calling the latest campaign by opposition as defamation and islamophobic, successor Tanrıverdi reiterated their respect to “secular regime currently applied in Turkey” and insisted that their vision is not including anything regards to domestic politics. However, the new CEO had no qualms about glamourizing his father’s contradicting achievements:

“Look, Adnan Pasha was appointed as advisor in 2016 and it didn’t take 6 months for the terror to end. Till then, there were explosions everywhere. There were constant acts of terrorism. Now it’s cut as if with a knife. Why? Because Turkey changed the concept of defense at that time.” 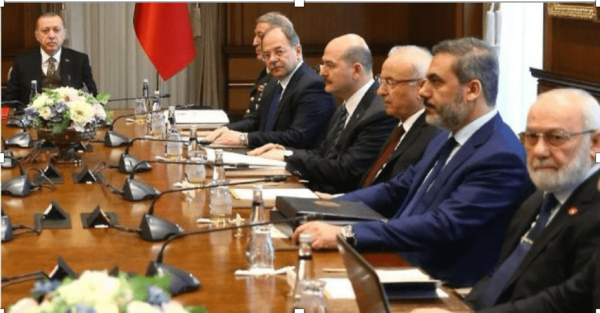 Adnan Tanrıverdi in a security meeting presided by Erdogan, (right) sitting next to head of intelligence Hakan Fidan

Lashing out at Kilicdaroglu’s claims in AKP parliamentary group meeting on Tuesday, President Erdogan furiously disavowed any connection with “SADAT or its directors”, which has been found “odd” by critics as he was served by a SADAT founder for 4 years as a top security advisor.

Melih Tanrıverdi, categorically denies the allegations, stresses on the legitimacy of the institution and frames SADAT as “a legal entity providing services for law enforcement and  national militaries in muslim majority countries”

Denying any agenda on domestic politics or linkage to Erdogan, SADAT and ASSAM officials hold that Erdogan and Tanrıverdi’s relation is an individual one:

“Our President is well acquainted with his work from 1996 to 2016 in detail. Adnan Pasha was sending the reports to him as well. He was appointed (as advisor) in 2016 and during his tenure, the structural changes in Turkey’s defense and security field that he has been urging for years finally been enforced.”

Days later Kilicdaroğlu’s surprise visit to the company, contraversy on election security refueled when a top executive SADAT and ASSAM addressed opposition on Twitter and said “We will not let this homeland handed over through ballot box to the ones collaborating with enemies of Turkey”

Though denying any interest over the course of general elections in 2023, SADAT/ASSAM officials and Tanrıverdis deem the year 2023 as extremely crucial and recurrently mention “an Islamic Union that will be constituted within next year”

When asked about the “irregular warfare tactics” included in their service such as “sabotage, assasination, raid ” on website, and the IYI Party leader Akşener’s previous allegations of illegal training camps set up within Turkey, M. Tanriverdi said:

“To be able to halt an assasination, sabotage or a raid, you must know how it is done. This is a service package. We use the traditional expertise of Turkish Army. But we’ve got no weapons. We neither act for the Turkish state nor provide armed training within the country. We don’t give fish, we teach how to fish. We train educators.”

Israel in 2018 deported a SADAT-tied Cemil Tekeli under the suspicion of aiding Hamas. Shin Bet also noted that SADAT guided Hamas officials who were interested in drone technology in Istanbul to attend a weapon fair. In response, CEO Tanrıverdi resolutely heights that they provide only to the countries recognized in UN:

“We cannot reveal our customers. But what we do is simple and legal. For instance, in Africa, we produce solutions for the armed forces of country X. I propose a solution for their problem, and the private military company of the USA offers a solution, as well as Russian Wagner, China and France. They are the ones we compete. ” 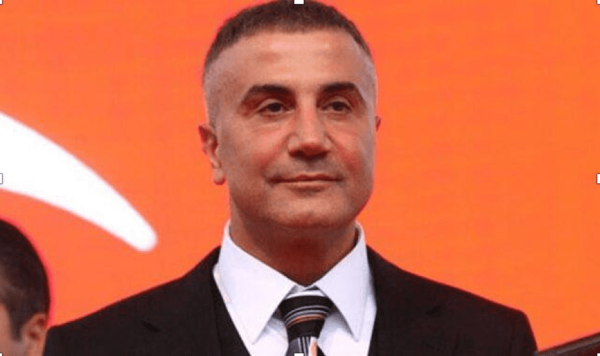 Among the allegations, the most serious one was by Sedat Peker, former AKP ally fugitive gang leader who uncovered corruption and wrongdoings in Turkish state on sensational video series posted from UAE.

Peker claimed that SADAT “exploited the victory of the public in 15th of July coup attempt”, influenced himself on his bloodcurdling threats over academics and scholars opposing the government’s policy in Kurdish region and interjected heavy arms to be smuggled to al-Nusra into his aid convoy, which was “meant to be sent to Turkmen groups in Northern Syria”.  Tanriverdi said in a live TV broadcast that Peker was “terribly misinformed”

Regarding the suspicious involvements, critics following the story also quote another SADAT and ASSAM executive, Prof. Nevzat Tarhan, who previously glorified the retired army officers from the father Tanriverdi’s association for taking up the streets and “fighting against the putschists” upon the night of the coup of July 15, 2016. For Tanrıverdi, these were not an armed or organized resistance, only an individual one:

“We have heard the coup attempt on TV when the troops started to mobilize. We had no idea till then.”

As booming inflation and exchange rate is crippling Turkish economy, recent polls project lack of majority for AKP-MHP alliance and a possible win for CHP-IYI alliance in the parliamentary elections. CEO of Tanrıverdi asserted that a possible power change will not affect any of their plans:

“We are not a mafia. We will not flee abroad just because the government has changed. We are local and national and have not committed any crime. If the government changes, maybe we’ll be tried and jailed for a while, but there is nothing to blame us. Nothing but assumptions. We have got nowhere to go.”

accurate and calm analysis, unlike others on this matter. But you could make him talk a bit more maybe….