Trending
You are at:Home»Categories»Features»Everything Bad About the Rio Olympics Was Much Worse in Ancient Greece
By David Clay Large on 6 August 2016 Features, International Sports

Hygiene was a disaster, patriotism was out of control — and doping involved animal testicles and black magic.

During the run-up to the 2016 Games in Rio de Janeiro, the latest iteration in that five-ring athletic circus known as the modern Olympics, we’ve witnessed an unusually high level of angst and hand-wringing.

The host city and nation are reportedly in such dire political and economic straits that they may not be able to manage the daunting logistical and security challenges inherent in hosting an Olympic festival in today’s turbulent times. Violence spawned in Rio’s crime-ridden favelas or stemming from global discord may spill over into the “sacred precincts of peaceful play,” as tragically happened during the 1972 Munich Games. Nationalistic animosities are once again making a mockery of Olympic ideals of universal brotherhood and international understanding. Doping is endemic despite unprecedented efforts to stamp it out. Brazil has been at the center of a nasty Zika virus outbreak. And if all this weren’t enough, some of the competition venues are dangerously polluted. Waters in Guanabara Bay and off Copacabana Beach are so filled with fecal matter that competitors will be forced to sail, row, and swim while remembering to keep their mouths shut.

Yet as we quite rightly fret over this sorry situation, it’s worth noting that all these ills trace back to the very inception of the Olympics — and not just the modern Olympic movement inaugurated in 1896, but the hallowed Olympic festivals of ancient Greece. The knowledge that none of our present tribulations are new — indeed are positively ancient — may not provide reassurance to a potential Rio visitor worried about contracting Zika or getting mugged. But it may offer a certain measure of solace.

This holds true above all for the political and security environment in which these Rio Games will transpire. Although there are legitimate reasons to worry about possible intrusions of “politics” into the arena of play via patriotic posturing, biased judging, and perhaps even external attacks, ancient Greeks knew that their quadrennial Olympic festivals were prey to all these dangers. The classical Greek world roiled in perennial internecine conflict, with various city-states and city-state alliances fighting each other for dominance. About the only things that ancient Greeks could agree upon were a shared contempt for non-Greek “barbarians” and the allure of high-level sport, especially Olympic sport. With their martial underpinnings and often quite sanguinary proceedings, the ancient games served as a much needed, slightly-less-lethal substitute for actual combat.

In hopes of quarantining their beloved games from the region’s pervasive warfare, the Greeks instituted an “Olympic truce.” Contrary to popular belief, this measure did not ban all fighting during the Olympic festivals — the Greeks could not have managed that — but it did forbid attacks on the games proper and on pilgrims going to and coming from the sacred festivals. Yet even this limited ambition sometimes proved unattainable. In 364 B.C., as wrestlers were grappling in the arena, soldiers from the powerful city of Elis invaded the Olympic grounds in order to expel troops from a rival city that had dared assume “protection” rights over the games previously held by their city. Although the Eleans were ultimately forced to withdraw, they did manage to retrieve their privileges as enforcers of the Olympic truce.

The Spartans were a more persistent problem. Believing that the games werenot bloody enough, they boycotted Olympia early on, and when they finally did show up in the 420s, during their protracted Peloponnesian War with Athens, they promptly got themselves banned for extracurricular fighting (and perhaps also for smelling to high heaven, since they shunned regular bathing). In 380 B.C., it was the Athenians’ turn to boycott Olympia; they were irked over the expulsion of one of their athletes for “corruption.”

Corruption, though, was a regular feature of the ancient games, largely because most athletes competed not as freelance amateurs but as well-paid champions of city-states. (Revealingly, the closest word in the ancient Greek lexicon to our word “amateur” is idiotes.)

With so much on the line in terms of communal glory and material reward, ancient Greek Olympic athletes were hardly above cheating, even at the risk of hefty fines or expulsion.

With so much on the line in terms of communal glory and material reward, ancient Greek Olympic athletes were hardly above cheating, even at the risk of hefty fines or expulsion. (Said fine moneys found their way into the pockets of the guardian priests or were used to erect monuments with inscriptions admonishing athletes not to cheat.) Admonitory statuary or no, Olympic judges, too, were not exactly immune to bribery from competitors or their sponsors. Most infamously, in A.D. 67, after Rome had taken over Greece and the games, judges accepted a generous backhander from Emperor Nero so that the visiting potentate might claim first prize in a chariot race he’d actually failed to finish, having fallen from his rig mid-course.Because the citizens of ancient Greek city-states liked each other about as much as the citizens of modern nation-states do, spectators at classical Olympia were as prone to do battle among themselves as, say, soccer fans today. Modern Olympic soccer fans, too: In a football match between Peru and Austria during the 1936 Berlin Games, Peruvian fans beat up Austrian spectators in the stands before descending onto the pitch to attack Austrian players and the referees.

Frenchman Pierre de Coubertin, who founded the modern Olympics and died not long after the 1936 Games, would not have been amused by such antics. Blissfully ignoring the proto-nationalism and professionalism running through the ancient games, he hoped to “revive” this heritage as a monument to pure individual athletic achievement and gentlemanly amateurism. But he undercut his ideal of individualism from the outset by mandating that all athletes compete as members of national teams. Over time, innovations in Olympic pageantry — entry marches by athletes according to nation, victory ceremonies featuring the victor’s’ national banner and anthem — abetted the restoration of patriotic pathos that was a mainstay of the ancient games.

With national medal counts an inescapable aspect of the Olympic scenario, the modern games became a sort of measuring rod of national vitality. This development reached a new high (or low) in 1936, when Adolf Hitler touted the Berlin Games as a display of German athletic superiority (and, in fact, Germany did top the overall medal count, Jesse Owens and America’s other “black auxiliaries” notwithstanding). For all their nationalistic bombast, including an inaugural “torch relay” from ancient Olympia to Berlin designed to symbolize a bogus “blood tie” between Hitler’s Germany and classical Greece, those “Nazi games” set a standard that subsequent hosts not only emulated but sometimes (think Beijing 2008) tried to surpass.

The torch relay that the Berlin organizers so brazenly associated with ancient Olympia had, in fact, no classical pedigree. This is not the case with another unavoidable aspect of the modern Olympic experience: performance-enhancing drugs. Ancient Olympians, it turns out, deployed a wide range of special potions and dietary supplements to get a leg up on their competitors. Their nostrums included dried mushrooms, exotic herbal concoctions, animal hearts and testicles, and even an opiates-laced juice cocktail. Use of such substances was not “illegal” by the rules of the day, though it was considered quite uncouth to overload on raw meat and testicles. As for wine, that hearty staple of ancient life, Hippocrates himself urged all athletes to “get drunk once or twice,” but Olympians were not supposed to imbibe just before competing. They were also forbidden from deploying black magic to put curses on opponents, though apparently this was widely practiced nonetheless.

Performance-enhancing concoctions, including strychnine, cocaine, and amphetamines, saturated the revived modern games in their first half-century, though only the marathon event at the London Games in 1908 imposed a ban on drugs. With no medical controls on the runners, however, that year’s marathoners were free to medicate at will. The first man to finish, Italian Dorando Pietri, had to relinquish his gold medal not because of doping, which he most certainly had done, but because he’d been carriedover the finish line by his coaches. The International Olympic Committee (IOC) did not come up with any anti-doping language until 1937, and when the first state-sponsored drug program surfaced in the 1970s with the East Germans, the committee discretely looked the other way, so as not to damage the Olympic brand. Thus, it is not surprising that in the face of even more serious violations by Russia on the eve of Rio, the IOC passed the buck to the international sports federations before, under public pressure, agreeing to make the final call on eligibility for all federation-cleared Russian athletes.

Rio-related bugaboos that may seem, in the Olympic context, unprecedented and perhaps most frightening revolve around environmental pollution and infectious disease. But in actuality there’s nothing new under the sun here, either. Along with dire warnings regarding Zika and lurid stories about body parts, household garbage, and giant floaters bobbing about in Guanabara Bay, we have more recent reports of stopped-up toilets in the Olympic Village. Yet what’s a few stopped-up toilets, or even some waterborne body parts, compared to the overflowing trench latrines that constituted the only “sanitation” facilities at ancient Olympia? Rio may have polluted water, but old Olympia often had no free-flowing water at all during the drought-ridden summer months when the games transpired.

What water there was typically proved undrinkable — hence all that wine. The combination of high heat and low hydration made for massive heatstroke among Olympic visitors, many of whom lived out in the open. Swarms of black flies and other bugs infesting those microbe-laden latrines brought on epidemics of gastroenteritis and diarrhea, often fatal. Ancient Greeks did not have to be familiar with the germ theory of disease to know that these bugs were bad, and so before every Olympic festival, local priests sacrificed at the altar of Zeus to Apomyios, the “Averter of Flies.”

The modern games, fortunately, have been spared mass death due to polluted conditions, but there have been some anxious moments in this domain, too. Swimming events at the 1900 Paris Games took place in the highly polluted Seine River; contestants emerged with nasty skin rashes and infections. The 1908 London Games transpired in a city aptly nicknamed “The Smoke.” It was just damn lucky for those marathoners that their race course went through the relatively less smoky suburbs of Windsor, Harrow, and Wembley. A century later, in advance of the 2008 Summer Games, Chinese officials had to institute emergency traffic-reduction measures in order to improve air quality in one of the world’s most polluted cities.

None of this is to say that there’s no reason for concern as Rio gets underway. But we’ve seen it all before. And in any event, as Homer advises in The Iliad: “All lies [now]in the laps of the gods.” 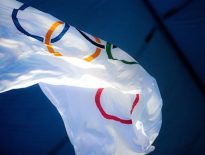 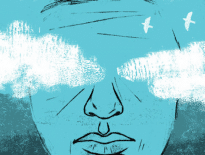 Features Paradise, the New Muslim Utopia
0
wpDiscuz
0
0
Would love your thoughts, please comment.x
()
x
| Reply
We use cookies to ensure that we give you the best experience on our website. If you continue to use this site we will assume that you are happy with it.Ok