Trending
You are at:Home»Categories»Features»Conflict in the Middle East threatens Pakistan and lynchpin of China’s One Belt, One Road
By James M. Dorsey on 14 May 2017 Features

Increasingly caught up in the Middle East’s multiple conflicts, Pakistan is struggling to balance relations with rivals Saudi Arabia and Iran amid concern in Islamabad that potential US-Saudi efforts to destabilize the Islamic republic could turn its crucial province of Balochistan, a lynchpin in China’s One Belt, One Road initiative, into a battleground.

Concern about Balochistan is buffeted by a sense in Islamabad of problems along its multiple borders. Pakistani officials fear that China may be seeking closer ties with India at Pakistan’s expense, despite its massive $56 billion investment in Pakistani infrastructure that centres on linking the troubled Baloch port of Gwadar, a gateway to the Gulf, with China’s restive, north-western province of Xinjiang.

Pakistani officials see a statement by China’s ambassador to India, Luo Zhaohui, that China had no interest in being dragged into the Pakistani-Indian dispute over Kashmir, as an indication that Beijing is cosying up to New Delhi at Islamabad’s expense.

Mr. Zhaohui was trying to persuade India to engage with One Belt, One Road on the eve of a summit in Beijing to promote China’s geopolitical ploy in Eurasia. Twenty-eight heads of state, including Pakistani Prime Minister Nawal Sharif, were expected to attend the summit that starts this weekend.

Adding to Pakistani fears are increased tensions with Afghanistan following a clash in early May between Pakistani and Afghan forces in which 15 people were killed and dozens wounded. The clash occurred days after Afghan President Ashraf Ghani rejected an invitation to visit Pakistan conveyed by Pakistani intelligence chief Lt. General Naveed Mukhtar.

Sources close to Mr. Ghani quoted the president as telling General Mukhtar that none of the 48 agreements signed with Pakistan during his 2014 visit to Islamabad had been implemented. The agreements included an understanding that Pakistan would bring the Taliban to the negotiating table. “I spent political capital on that. That was the deal,” the sources quoted Mr. Ghani as saying.

Sources close to the Taliban and Pakistani intelligence said Mr. Ghani’s rejection of the invitation followed two meetings in Norway on January 8 and 18 in the waning days of the Obama administration between an unidentified member of the US Congress, a CIA official, and representatives of the Taliban.

The officials said the meetings focussed on the possible of release of an American-Canadian couple who have been held by the Taliban since 2012. The sources said the talks also explored unsuccessfully ways of negotiating an end to the fighting in Afghanistan. A spokesperson for the US embassy in Islamabad declined comment.

Meanwhile, two attacks in the last 48 hours highlighted mounting tension in Balochistan against the backdrop of thinly veiled Saudi threats to stir ethnic unrest across the Baloch border in the Iranian province of Sistan-Baluchistan and among the Islamic republic’s minority Iranian Arab, Kurdish and Azerbaijani minorities.

Baloch Liberation Army (BLA) gunmen on motorbikes opened fire on construction workers in Gwadar, killing ten. The attack exploited widespread discontent among Baloch that they were not benefitting from massive Chinese investment in their province that was providing employment primarily for workers from elsewhere in Pakistan. The victims of the attack were from the Pakistani province of Sindh.

“This conspiratorial plan (CPEC) is not acceptable to the Baloch people under any circumstances. Baloch independence movements have made it clear several times that they will not abandon their people’s future in the name of development projects or even democracy,” said BLA spokesman Jeander Baloch. Mr. Baloch was referring to Chinese investment in what has been dubbed the China Pakistan Economic Corridor.

The Islamic State’s South Asian wing claimed responsibility a day earlier for a bombing near the Baloch capital of Quetta that targeted Senator Abdul Ghafoor Haideri, the deputy chairman of the upper house of parliament, and a member of Jamiat e Ulema Islam, a right-wing Sunni Islamist political party that is part of Prime Minister Sharif’s coalition government. Twenty-five people were killed in the blast that wounded Mr. Haideri.

The two attacks as well as Friday’s US Treasury designation of Maulana Ali Muhammad Abu Turab as a specially designated terrorist highlighted the murky world of Pakistani militancy in which the lines between various groups are fluid, links to government are evident, and battles in Pakistan and Afghanistan and potentially Iran are inter-linked.

Mr. Abu Turab is a prominent Pakistani Islamic scholar of Afghan descent who serves on a government-appointed religious board, maintains close ties to Saudi Arabia, runs a string of madrassas attended by thousands of students along Balochistan’s with Afghanistan and is a major fund raiser for militant groups.

Putting Saudi Arabia on the spot, the Treasury announced the designation of Mr. Abu Turab, a leader of Ahl-i-Hadith, a Saudi-supported Pakistani Wahhabi group and board member of Pakistan’s Saudi-backed Paigham TV, who serves on Pakistan’s Council of Islamic Ideology, a government-appointed advisory body of scholars and laymen established to assist in bringing laws in line with the Qur’an and the example of the Prophet Mohammed, as he was visiting the kingdom and Qatar on the latest of numerous fund raising trips to the Gulf.

After years of flying low, Mr. Abu Turab appeared to have attracted US attention with his increasingly public support for Saudi Arabia as well as Pakistani militants. Mr. Abu Turab regularly shows pictures of his frequent public appearances to Saudi diplomats in Islamabad to ensure continued Saudi funding, according to sources close to him. Mr. Abu Turab called on the Pakistani government in April to support Saudi Arabia and endorse Pakistani General Raheel Sharif’s appointment as head of the Saudi-led military coalition.

The Treasury described Mr. Abu Turab as a “facilitator…(who) helped…raise money in the Gulf and supported the movement of tens of thousands of dollars from the Gulf to Pakistan.”  The Treasury said funds raised by Mr. Abu Turab, an Afghan who was granted Pakistani citizenship, financed operations of various groups, including Pakistan’s Jama’at ul Dawa al-Qu’ran (JDQ); Lashkar-e-Tayyiba (LT), a Pakistani intelligence-backed group that at times has enjoyed support from Saudi Arabia; the Taliban; and the Islamic State’s South Asian wing.

The Treasury announcement came less than two weeks before Donald J. Trump’s visit to Saudi Arabia on his first trip abroad as US president to discuss cooperation with the kingdom and a Saudi-led, 41-nation Sunni Muslim military alliance led by General Sharif in combatting terrorism and isolating Iran.

Any discussion of efforts to destabilize Iran between US officials and the Saudi-led alliance during Mr. Trump’s visit to the kingdom would likely heighten Pakistan’s difficulty in balancing its relations with Saudi Arabia and Iran and cast a cloud over Chinese hopes that economic development would pacify nationalist and religious militants in both Balochistan and Xinjiang.

Sources close to Pakistani intelligence and Shiite leaders fear that increased conflict in Balochistan and Saudi and Iranian operations in Pakistan could not only suck it into proxy wars between the two Middle Eastern powers but also rekindle sectarian violence in Pakistan itself.

The intelligence sources said they had noticed that Shiite military officers were becoming more assertive in their empathy for Iran in discussions about regional security.  Pakistan’s Shiite minority is the world’s second largest Shiite community after pre-dominantly Shiite Iran.

The sources asserted further that Iran had recently recruited at least 3,000 Pakistani Shiites into its Xenobia brigade that is fighting in Syria in support of the regime of President Bashar al-Assad. The sources said that Pakistan had detained in early May a commander of the Iranian Revolutionary Guard Corps (IRGC) who was on a recruiting mission in Balochistan.

They said the arrest marked a shift in Iran’s recruitment strategy that in the past had relied on Pakistani religious scholars and travel agents. “The Iranians have been clandestinely coming to Balochistan since the fall of the Shah (in 1979),” said a retired Pakistani intelligence chief.

“Tenuous relations have rekindled a latent Iranian interest in furthering its territorial ambitions. Iran has tried hard to mask this latency but Pakistan remains wary of such intent,” added former vice commander of the Pakistani air force, Shahzad Chaudhry.

Pakistani Shiite leaders fear that sectarianism could be fuelled by Saudi funding of militant anti-Shiite and anti-Iranian groups like Sipah-e-Sahaba, a virulently anti-Shiite and anti-Iranian group that since being banned has rebranded itself as Ahle Sunnat Wal Jamaat, as well as its various offshoots that target Iran. Like Mr. Abu Turab, both groups operate large networks of religious seminaries in Balochistan.

Sources close to the militants said Saudi and UAE nationals of Baloch heritage were funnelling Saudi funds to Islamic scholars like Sipah’s Balochistan leader, Maulana Ramzan Mengal, and Mr. Abu Turab. They said the money was being transferred through hawala agents operating in the Middle East and South Asia.

Iran’s Tabnak News Agency charged that Mr. Trump’s visit to Saudi Arabia was designed to strengthen an anti-Iranian US-Arab alliance against Iran. “The Iranophobic project began a couple of months ago… It appears that the Arab NATO project – which has been under discussion for some time – is entering its implementation stage with American President Trump’s trip to Saudi Arabia and the invitation to 17 Arab countries to Riyadh,” the agency said. The agency is believed to be controlled by former IRGC commander Mohsen Rezaei.

Pakistan’s foreign policy woes appear to have sent its intelligence services into a paranoid tailspin. The services have stepped up in one’s face surveillance, harassment and intimidation of foreigners, prompting some diplomats in Islamabad to lodge complaints with the foreign ministry. Similarly, representatives of Western non-governmental organizations have had extensions of their visas rejected. In some cases, Pakistanis have been interrogated by intelligence agents within the hour of having met with foreigners.

Share. Twitter Facebook Google+ Pinterest LinkedIn Tumblr Email
Previous ArticlePeres in his own words: ‘You could be dead while you’re alive, and you could also live after your death’
Next Article Skirmishes over culture strain alliance between Saudi rulers, clerics

Conflict in the Middle East threatens Pakistan and lynchpin of China’s One Belt, One Road 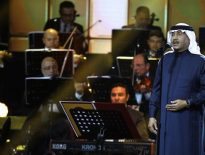 Headlines Skirmishes over culture strain alliance between Sa…
Magazine Peres in his own words: ‘You could be dead w…
0
wpDiscuz
We use cookies to ensure that we give you the best experience on our website. If you continue to use this site we will assume that you are happy with it.Ok