Trending
You are at:Home»Categories»Features»Arab MKs must not shy away from seeking power
By Salman Masalha on 22 January 2019 Features

After the results of the election for the outgoing Knesset were publicized, it transpired that the Joint List, with 13 MKs, was the third largest party.

According to the customary procedure in the distribution of the Knesset committees, it turned out that the Joint List was eligible to have two members join the important Foreign Affairs and Defense Committee.

However, wonder of wonders, representatives of the Joint List hastened to say they were waiving membership on this committee, and asked membership on another committee instead.

This behavior by members of the Joint List suddenly exposed the failures in the concept of citizenship held by representatives of the parties on the list. The Knesset is the central political arena, where laws are legislated that determine the fate of the citizens in every area of life. Anyone who accepts the democratic rules of the game, gathers people into parties, and runs in the elections to be among the group of legislators in the parliament must insist on all the democratic rights granted him.

These rights cannot be narrowed to the option of raising an outcry from the Knesset podium. Sometimes it is even possible that the outcry outside the Knesset will be louder and have greater reverberations than the outcry issued between the walls of the Knesset. Anyone who sends authorized representatives on his behalf to the Knesset expects those representatives to participate in all the parliamentary forums that will determine his fate as a citizen of the state. Among the forums in which the Arab citizen expects to find his representatives are all the Knesset committees, without exception.

One could say that the Arab citizen expects even more: He wants his representatives not to make do with the status of an obstructive bloc, but to participate in a government coalition. If it depends on them, they will serve as ministers with all that implies, and will take care of all the citizens in equal measure.

The significance of Arab participation in Knesset elections means acceptance of citizenship status in the State of Israel, and granting legitimacy to its regime. The Arab MKs, who swear allegiance to the state from the Knesset podium, must demand, and receive, all the rights granted to MKs, without exception. That’s what the voters who sent them to serve as their mouthpiece expect of them.

If the Arab citizens aspire to become part of all the government institutions, and are also rightfully demanding complete equality in the country, their representatives in the Knesset should behave in accordance with these aspirations and demands. Because if not, what is the point of all this participation in the democratic game?

This path may not be an easy one. Instead it may be rife with Zionist racists, who will place a fortified wall with electo-ethnic sensors in front of these MKs, in order to leave the representatives of the Arab citizens on the other side of the fence.

However, if the Arab representatives announce in advance that they will always sit on the opposition benches, there is no point to their being in the Knesset. Because then they are only playing into the hands of Zionist propaganda, nothing more. They are also serving as a fig leaf that covers the nakedness of the “only democracy in the Middle East.”

We must break the glass ceiling that blocks the emergence of the Arab representatives into the fresh air of citizenship. There are some who prefer to continue to be shackled in the bonds of the past. The time has come for all of us, Jews and Arabs, to think about tomorrow.

Arab MKs must not shy away from seeking power 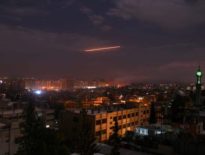 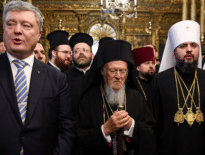 Headlines Split between Ukrainian, Russian churches shows po…
0
wpDiscuz
We use cookies to ensure that we give you the best experience on our website. If you continue to use this site we will assume that you are happy with it.Ok