Trending
You are at:Home»Categories»Headlines»Trump Is on a Collision Course with Iran
By Denis Ross on 21 June 2017 Headlines

Rarely has the Middle East been more baffling. The United States sells fighter jets to Qatar, a country the American president accuses of sponsoring terrorism. In Syria, the U.S. is relying on Kurdish fighters that Turkey, a NATO country closely aligned with Qatar, says are terrorists, supporting their mission to take Raqqa, the Islamic State’s capital, with airstrikes launched from a giant U.S. base outside of Doha. The U.S. accuses Russia of complicity in the Syrian government’s chemical attacks on its own people, and hits Syrian forces, but hopes to collaborate with Moscow to fight ISIS.

Got all that? Amid this confusion, Iran is pressing ahead to strengthen its grip on Syria, even as Trump goes after ISIS. Iran’s intervention to save President Bashar al-Assad’s regime has involved sending not just elite Iranian military advisers but also bringing in Lebanese Hezbollah and other Shia militias from as far away as Afghanistan. While estimates vary on the size of these forces, the numbers are in the tens of thousands. Iran’s sectarian shock troops are being used to extend the regime’s writ, especially as the Syrian regime’s deployable military manpower has shrunk to about 20,000 forces.

Regrettably, if the Trump administration cannot do more to counter Iran’s actions in Syria, it is not likely to be able to “demolish” ISIS and prevent its return. Iran is using its Shia proxy militias both to fight ISIS and to challenge U.S. efforts to train local forces in southeastern Syria. Last week, an Iranian-made drone fired on al-Tanf, an area along the Damascus-Baghdad highway and the Syrian border with Jordan where U.S. Special Forces have been conducting the training. The U.S.-led coalition destroyed the drone. The White House statement after the attack pointed out that the United States has maintained a presence at al-Tanf for the past year and that this location was part of the de-confliction understanding with the Russians — and yet Iranian-backed Shia militias in Syria moved against this area and fired on the U.S. presence anyway.

What’s going on? Iran is actively trying to create a land corridor through Iraq and Syria to Lebanon. To that end, Iran is pushing from within Iraq and Syria, using its Shia militia proxies on both sides of the border. On the Iraqi side, the Shia militias have now largely cleared ISIS from border crossings. Within Syria, Iran has sent significant Hezbollah forces eastward to Deir ez-Zour, a major Syrian city along the Euphrates River. With the U.S.-supported effort to liberate Raqqa under way, Iran wants to prevent any U.S.-backed groups from establishing themselves in eastern Syria — something that could preclude the Iranian aim of controlling Syria’s borders with Iraq and Jordan. (With Hezbollah also now active in the area of Deraa, a southern Syrian city close to the Golan Heights, the Iranians have their eye on the Syrian-Israeli border as well.)

The Trump administration has not been passive in the face of Iranian-backed moves to expand into areas where U.S. Special Forces have been deployed: On May 18, U.S. forces bombed an Iranian-backed militia’s convoy after it refused warnings to stop, and then destroyed a drone that fired on U.S. forces on June 8. It is noteworthy, however, that the White House statement announcing the destruction of the Iranian-made drone explained that the U.S.-led coalition does “not seek to fight” pro-Assad forces but will “defend itself” against those forces if they move into “a well-established de-confliction zone.” Message: America’s priority is fighting ISIS and not Iran, its Shia militia proxies or the Assad regime. This message has now been reinforced by the U.S. shoot-down of an Assad regime aircraft that was bombing near Raqqa but appeared to be targeting America’s Kurdish allies — an action that once again led to the Russians declaring that they would freeze the de-confliction arrangements with the United States.

The administration understandably wants to keep the focus on ISIS and not get embroiled in a conflict with the Iranians or the Russians. While it is right to be careful, it also needs to convey another message: We will not challenge where the Iranians or Russians or the regime have control and a presence in Syria, but we will also not acquiesce to Iran’s effort to create a land bridge through the Levant. Apart from the broader strategic consequences such a corridor would have in the region, the administration must also consider the impact it would have on its aim of eradicating ISIS.

Ironically, Trump’s anti-ISIS strategy will be put to the test if and when U.S.-backed forces defeat ISIS in Raqqa. I say that because the U.S. is aligned with Kurdish troops known as the People’s Protection Forces or the YPG. The YPG have proven to be the most effective fighters against ISIS, but they also maintain ties to the Assad regime. Even though the Syrian aircraft the U.S. just shot down was bombing some of these forces, don’t expect the YPG to break its ties with the Assad government. After all, the regime controls access to other Kurdish areas in northern Syria — areas the YPG hopes will become part of a broader autonomous Kurdish region. Although, it is certainly not a given that the YPG will invite Assad’s forces into Raqqa once it is liberated, there is a risk that it will. And, should the Assad regime and its sectarian militias re-emerge in Raqqa, the very oppression of Sunnis that produced ISIS in the first place is certain to be recreated. Surely, President Trump, having accused President Obama of being responsible for the rise of ISIS, will not want to see it re-emerge on his watch.

If nothing else, the Trump team needs to focus on what comes after ISIS in Raqqa (and also in Mosul, most of which Iraqi forces have now retaken from ISIS). The United States must be ready with a plan for reconstruction, security, governance and Sunni inclusion once ISIS is out. And that plan must be one that actually gets implemented.

For that, the Saudis, Emiratis and other Gulf Arabs must play the leading role. They can provide assistance for reconstruction and governance, and perhaps also manpower, while also discrediting ISIS’s twisted ideology. But here is where the competing rivalries in the region are complicating matters: At the moment, the Saudis and Emiratis are focused on their blockade of Qatar, not Syria. They see Qatar playing a double game: hosting a large American air base (al-Udeid) even as it provides material support and a media platform on its satellite channel Al-Jazeera to the Muslim Brotherhood, Hamas and other Islamist groups, including al Qaeda affiliates. Qatar is feeling the effects of the boycott, but Turkey is offering aid to relieve the pressure. In doing so, Turkey is deepening the divide among the Sunni states — the last thing the campaign against ISIS and Iran needs.

So, the Trump administration has a lot of diplomatic spadework to do. Secretary of State Rex Tillerson and Defense Secretary Jim Mattis need to get the Saudis to help shape the post-Raqqa, post-Mosul reality, and convince the Turks to work with, not against, the anti-ISIS coalition. For the Saudis and the Emiratis, knowing that the U.S. won’t tolerate Qatar’s unhelpful freelancing will be the key to getting them to share our focus on ISIS. The administration should bluntly convey to the Qataris that if they do not drop their support for certain Islamist groups and banish harmful voices like the Sheikh Yusuf al-Qaradawi from their airwaves, the U.S. will be prepared to give up the air base and the implicit security guarantee America’s presence provides them.

To get Turkey to be part of the common effort and not divide Sunni forces, Tillerson and Mattis will also have to address President Recep Tayyip Erdogan’s concern about the threat posed by the growth of the Kurdish/YPG presence near the Turkish border — emphasizing that the U.S. will neither allow them to remain in Raqqa nor bring Assad and the Iranians into the city. Local Arab forces must be responsible for governance in the aftermath of the defeat of ISIS in Raqqa.

In a confusing landscape, the administration must leave little doubt about its objectives and priorities — otherwise, Iran may well extend its reach in Syria, a successor to ISIS may emerge in time and Qatar will keep playing a double game. Sometimes, clarity can have a power all its own.

Dennis Ross is the counselor and William Davidson Distinguished Fellow at The Washington Institute and former special assistant to President Obama.

Trump Is on a Collision Course with Iran 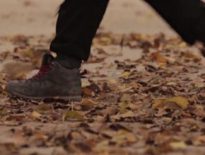 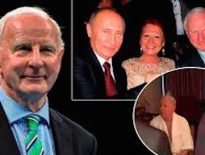 International Sports Rio police: Irishmen say their top official handle…
0
wpDiscuz
We use cookies to ensure that we give you the best experience on our website. If you continue to use this site we will assume that you are happy with it.Ok