Trending
You are at:Home»Categories»Commentary»Trump Is All Talk on Iran
By Denis Ross on 9 February 2018 Commentary

The president has wooed Saudi Arabia and Israel with promises to roll back Iranian influence—but he has so far failed to match those words with action.

President Donald Trump may not have high favorability ratings in the United States, but anyone who has recently spent time in Israel or Saudi Arabia, as I have, can attest that he does among leaders in these Middle Eastern states.

Why? Because he is not Barack Obama. Israelis and Saudis alike saw former President Obama as someone who did not understand them or the threats they faced in the region. The threat posed by Iran looms large for both countries, and they became convinced that Obama saw the Iranians as the solution to problems in the region and not, as they do, as the source of those problems. By contrast, Trump speaks bluntly about the threat that Iran poses to U.S. interests and allies in the Middle East.

The great irony is that Trump has not yet established practical policies that match his words. Yes, he has slapped terror designations on Iranian entities to penalize them financially, but so did Obama. Moreover, Obama—for all his readiness to criticize Israel for its settlement policy and the Saudis for not seeing the need to “share” the region with the Iranians—was very responsive to both on their security needs. From financing Israel’s Iron Dome missile defense system to selling the Saudis tens of billions of dollars in arms, he helped both countries expand their defense capabilities during his term. U.S. intelligence-sharing and joint operations against terrorist operatives may have been even more important in terms of real threats the Saudis faced, including from the Iranians.

To date, Trump’s support for the Israelis and Saudis is primarily symbolic. To be sure, for both, symbolism matters. Both see symbolic support as sending a signal to their adversaries that the United States will be there for them—and clearly Israelis prefer Trump’s symbolic embrace to Obama’s public criticism.

While symbolism clearly counts for something, it needs to be backed by substance lest it lose its meaning. Arms sales to the Saudis were announced with great fanfare but have not yet materialized—and may not anytime soon. The president has said that his administration aims to counter or contain Iran, especially in the region, where the Saudis perceive an Iranian attempt to encircle them and dominate Arab regimes—but where has the United States actually done this? Not in Syria, where Iranian expansionism is most clearly taking place. Not in Yemen, where Saudi officials described how Iranian-provided missiles are increasingly being fired by the Houthis against Saudi cities. While the administration is shining a spotlight on Iranian arms transfers to the Houthis, it is not actively interdicting those shipments, even though two United Nations Security Council resolutions—2216 and 2231—prohibit such transfers.

For the Israelis, the growing Iranian military and Shiite militia proxy presence is not an abstract threat. The Trump administration has spoken about the need for a buffer separating Hezbollah and other Shiite militias from Israel—but when I visited the Golan Heights, Israel’s local commander pointed out a forward observation and command post of the Iranian Quds Force and Hezbollah less than four miles away. Israeli security officials now speak of confronting a “northern front” involving both Lebanon and Syria.

All those with whom I spoke felt the United States had conceded Syria to Russia, leaving Israel on its own to deal with the Iranian presence there. Of course, they believe that if the United States were prepared to signal its readiness to limit Iranian expansion in Syria, Russian behavior might change as well—but even though U.S. Secretary of State Rex Tillerson’s speech on Syria last month focused on countering Iran, Israeli security officials I spoke with saw no indication that the administration is going to act on these words.

Small wonder, then, that Israel is warning that it will act unilaterally if Iran builds factories in Syria and Lebanon to produce more accurate guidance systems for the thousands of missiles it has already sent to both countries. Such a step would pose a strategic threat to Israel, given its small size and small number of critical military and civilian infrastructure targets. And it is Prime Minister Benjamin Netanyahu who has now traveled to Russia seven times in the last two years to see President Vladimir Putin, not simply to ensure there is no conflict between Israel and the Russian forces in Syria but also to try to persuade him to contain the spread of Iranian military infrastructure there. The former has worked, but the latter has not.

No doubt, the Israelis wish they were not on their own. Many wonder why President Trump isn’t privately warning Putin about the dangers of what the Iranians are doing, the risk of escalation as a result, and U.S. readiness to support the Israelis if a serious conflict between Israel and Iran or Hezbollah erupts in Syria and Lebanon? Wouldn’t serious U.S. warnings be more likely to have an effect on the Russians—and therefore the Iranians—than Israeli expressions of concern? And shouldn’t the Russians know that the risk of drawing the United States into such a conflict is high, even if neither country wants that?

Putin is also more likely to heed such warnings if he sees the administration taking real steps to counter the Iranians—perhaps by making clear that if the Russians do not act to contain further Iranian expansion in Syria, the United States will use its air power to do so. Such a step would mean more to the Saudis and Israelis than symbolic support, which will inevitably wear thin. If the United States wants the Israelis and Saudis to feel like they are less on their own, and that they don’t need to preempt perceived threats, the Trump administration needs to understand the limits of rhetoric and symbolism—and the power of action.

Dennis Ross, a former special assistant to President Obama, is the counselor and William Davidson Distinguished Fellow at The Washington Institute.

Trump Is All Talk on Iran 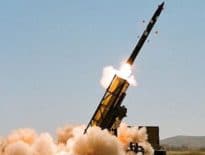 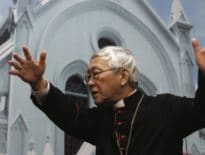 Headlines Card. Zen on the bishops of Shantou and Mindong
0
wpDiscuz
We use cookies to ensure that we give you the best experience on our website. If you continue to use this site we will assume that you are happy with it.Ok