The President of the Pontifical Council for Interreligious Dialogue speaks to Vatican Radio about the barbaric killing in Pakistan: “How can one stand by and watch when crimes religion declares to be legitimate are committed?”

“I am shocked by the immense barbarity of this act…” This was how Cardinal Jean-Louis Tauran, President of the Pontifical Council for Interreligious Dialogue, reacted to the news about the brutal killing of two young Christian married couples, parents of four. They were burnt alive by a crazed crowd in Pakistan after a Muslim religious leader unjustly accused them of blasphemy. Cardinal Tauran condemned the act in an interview with Vatican Radio.

“I am shocked. When something this barbaric happens, one is naturally left speechless,” he said. What is even more serious is the specific reference to religion. No religion can justify crimes of this kind. The blasphemy law presents the problem of whether the international community should intervene. On the one hand, people’s religious beliefs must be respected but it is also important to show a minimum amount of humanity and solidarity. I therefore believe that there should be an insistence on dialogue; one can never stress this enough. The more delicate a situation is, the more dialogue needs to be driven home.”

When asked whether it was possible to ask the UN to intervene, the cardinal said: “I ask myself how can one stand by and watch when crimes religion declares to be legitimate are committed?” He pointed out that “there have been approximately 60 executions since 1990, the year when the blasphemy law came into force. And this does not just affect Christians, other minorities are also targeted: lawyers who oppose the regime, for example, are also barbarically killed. So we are faced with a big problem.”

Vatican Radio journalist, Hélène Destombes, recalled that there are currently many Christians on death row in Pakistan. She mentioned Asia Bibi but there are many others. “Right now we cannot intervene in a country’s domestic affairs but we must at least help politicians find human and civilised solutions,” Cardinal Tauran said.

The cardinal also said the local Church “is very courageous”: Pakistan’s Justice and Peace Commission reacted to these dramatic events by denouncing the lack of political willingness to act and affirmed that this situation makes minorities even more vulnerable. “We must be supportive and above all, we must be vigorous in denouncing such acts for which there is no justification whatsoever. The whole of humanity is essentially humiliated.”

In answer to a question about the lack of a response from the government regarding the denunciations and the possible complicity of the police and the courts, the Cardinal said: “There is definitely connivance. I don’t know to what extent. In any case, however, I am of the opinion that that this kind of behaviour must be publicly condemned, above all so that our Christians feel that there is solidarity from the Church, which is their family.”

Tauran said he hoped for a reaction from Muslim leaders: “I hope so. I really hope so! We already expressed this hope last August… These crimes gives Islam a terrible and very negative name. So it would be in their interest to denounce [acts such as the above]and vigorously.” “I believe we have reached a paroxysm, what St. Paul defined as “the mystery of iniquity”, in other words, evil in its purest form,” he ended by saying. Not even animals behave like this! We really do live in an age of total precariousness, where anything is possible, the human person is not respected and life is worth nothing.” 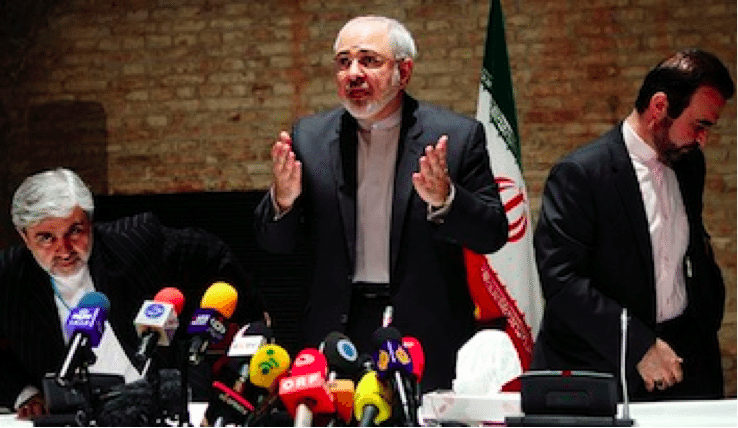 Commentary How to Muddle Through with Iran
0
wpDiscuz
We use cookies to ensure that we give you the best experience on our website. If you continue to use this site we will assume that you are happy with it.Ok