The first three of 24 Dassault Rafale fighter aircraft for Egypt arrived in-country a day after being formally handed over on 20 July.

The three twin-seat variant aircraft arrived in Cairo on 21 July, having been officially handed over during a ceremony at the Dassault Aviation Flight Test Centre in Istres, France.

This first delivery comes five months after the Egypt announced its decision to acquire 24 (16 two-seaters and 8 single-seaters) Rafale fighters, as well as a large batch of MBDA missiles and other armaments valued at USD6 billion.

At the same time as the announcement on 16 February, an initial group of Egyptian pilots and maintainers began training in France.

Egypt has procured the Rafale to boost its combat air power, which is comprised of MiG-21MF/UM ‘Fishbed’, Lockheed Martin F-16A/B/C/D Fighting Falcon, McDonnell Douglas F-4E Phantom II, CAC F-7B, Dassault-Breguet/Dornier Alpha Jet, Dassault Mirage 2000EM/BM, and Mirage 5SDE/SDD/E2 platforms. The composition of Egypt’s Rafale buy is interesting, in that it is predominantly made-up of twin-seaters. This suggests that they will be used for more complex air-to-ground scenarios, with the back-seater taking on more of a mission commander role.

The deal, when it was announced, was something of a surprise as no particular requirement had been stated beforehand. However, Dassault has been able to expedite deliveries by diverting aircraft that were destined for the French armed forces. 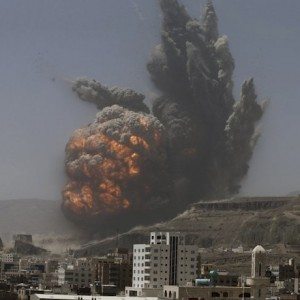 Features Inside Hezbollah’s European Plots
0
wpDiscuz
0
0
Would love your thoughts, please comment.x
()
x
| Reply
We use cookies to ensure that we give you the best experience on our website. If you continue to use this site we will assume that you are happy with it.Ok