The Obama administration, in which Biden was the vice president, at first encouraged the civil uprising in Arab countries, but chose to barely respond to the appalling slaughter that Syrian President Bashar Assad inflicted on his citizens.

As to Iran, Obama arrived at a full nuclear agreement with good intentions but one that was replete with gaps and flaws. His primary achievement in the region was the tardy curbing of the spread of Islamist terrorism fomented by ISIS and Al-Qaida. Prime Minister Benjamin Netanyahu, like his corrupt ruler friends in the Gulf, felt a lot more comfortable with Trump.

In May 2018, Trump, with Netanyahu’s ardent urging, declared the United States’ withdrawal from the nuclear agreement. The “maximum pressure” campaign he spearheaded against Iran made a shambles of its economy but did not persuade the Tehran leadership to throw in the towel and return to the negotiating table, under tougher conditions from their point of view. Paradoxically, the past two years also revealed the agreement’s defects. In this period Iran was able to shorten its “breakthrough time” to the manufacture of a bomb. Those flaws will be exacerbated in the present decade, as the restrictions imposed on Iran gradually expire.

Biden’s challenge will be to achieve a new agreement, but to include in it better terms that will restrict the Iranians. As a second priority, issues that were neglected in the original agreement will have to be dealt with: curbing the Iranian missile program, and Tehran’s involvement in the perpetration of terrorism and subversion across the Middle East. The intention will be to generate a first breakthrough before the Iranian presidential election this June. After that event, the Americans hope to proceed to a new permanent agreement, with the flexibility evinced by Iran being a function of both the external pressure that will be wielded against it, and the outcome of the internal power struggles between the regime’s extremist camp and the more moderate wing.

Amid the inauguration ceremony, the Israel media were already quoting declarations by anonymous senior figures promising that Netanyahu is determined to struggle against Biden and prevent the signing of a new agreement that will be dangerous. The response among a large section of the professional personnel has been more moderate. Biden is not the enemy and he has no plans to abandon Israel. He is deeply committed to the country’s security. Still, these officials are aware of, and somewhat worried by, the deep attachment of senior members of the new administration to the heritage of the agreement cobbled together by Obama, under whom most of them served in various capacities.

As for the Palestinians, Trump’s “deal of the century” died a natural death. Biden can be expected to renew some of the pressure on Israel to return to negotiations, but it’s not likely that we’ll see a clash of the sort that occurred between Obama and Netanyahu in 2009, in their first months in office, with the Cairo speech, the Bar-Ilan University speech and the American diktat to freeze building in the settlements.

Trump’s final weeks in office were exploited by Israel, according to foreign reports, for a relatively extensive assault on Iran’s military interests in Syria. In the last of these attacks, last week, in eastern Syria near the border with Iraq, bases and depots of the Shi’ite militias that are under the tutelage of the Revolutionary Guards were hit. That’s a region very distant from Israel and it’s likely that access to it required deep operational and intelligence coordination with the United States.

The recent reports in the American media about the new Iranian deployment in Yemen were reliable. With the aid of the Houthi rebels, long-distance drones, capable of reaching the Eilat region, were positioned in Yemen. Similar infrastructure, including ballistic missiles, was placed in Iraq and eastern Syria. The Iranians have already demonstrated similar capability in the form of joint attacks with the Houthis in Saudi Arabia. 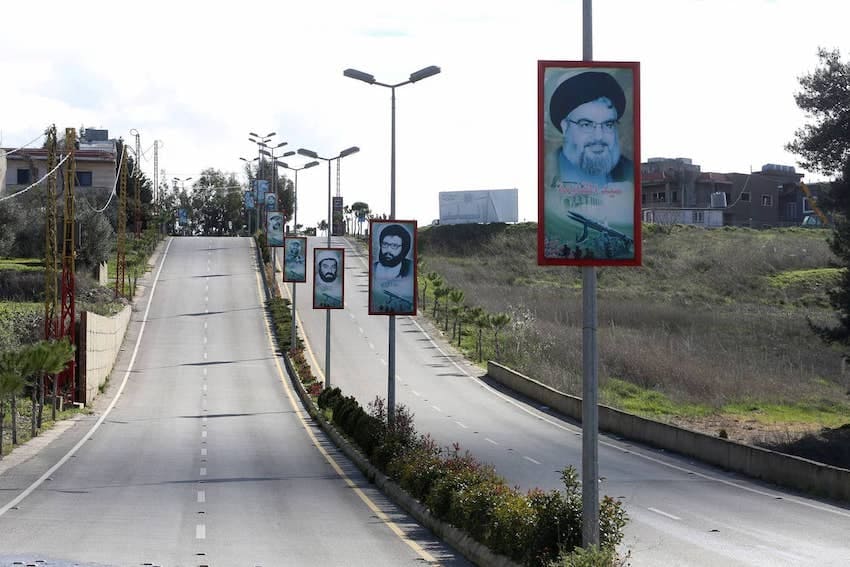 As this column has previously noted, Hezbollah leader Hassan Nasrallah wants no part of the Iranian revenge plans and is not volunteering his people for the mission. ……………….

In the longer term, the crux of the discussion in Israel is about Hezbollah’s “precision project” in Lebanon. According to updated estimates, the organization already has more than dozens of precision rockets. Some of them, reports say, have been outfitted with “precision kits” that were brought over in suitcases by Iranian smuggling networks. Until recently, the defense establishment spoke about a few dozen precision rockets and maintained that Hezbollah’s effort had effectively failed. It turns out that the effort is still on. Its big test will come with the attempt to put the project on an industrial footing by establishing subterranean manufacturing sites in Lebanon.

Netanyahu revealed some of these sites in his speech at the United Nations a year and a half ago. As far as is known, they have not yet been activated. Israel will continue to act against the project by diplomatic means, a mixture of threats and public diplomacy, this year as well. But the growing impression is that Hezbollah, with persistence and determination, is striving to achieve its goal: the creation of a relatively large arsenal of precision rockets that will be able to strike targets across Israel more effectively.

Nasrallah has no interest in a military confrontation with Israel at this time. Lebanon is mired in a deep political and economic crisis, and Hezbollah cannot allow itself to be blamed for additional woes that will befall the hard-pressed country. Still, the precision project is a pistol that appears in the first act; sooner or later, it is liable to be at the center of a new armed clash between Israel and Lebanon.