The IDF is preparing for the next confrontation with Hezbollah, which was dangerously close to breaking out in the winter, with new tactics, like creation of artificial cliffs to prevent infiltrations.

It’s late summer, and all is quiet on the northern front. On the Lebanese side of the border, the extreme heat has driven shepherds and their wards to the shade. Lebanese army and UNIFIL troops take cover at their posts, and Hezbollah’s operatives – those who are still in south Lebanon and have not been sent to fight in Syria – collect intelligence on us.

The UN Security Council established after the Second Lebanon War that Hassan Nasrallah’s people are forbidden to openly move along the border fence, armed, and provoke Israeli soldiers. They are careful to abide by the rules, but they are here, utilizing all the new technology Iran has provided to ensure that the IDF is not entering Lebanese territory. Meanwhile, they prepare “surprises” to hurt Israel during the next conflict – just like Hamas in Gaza. 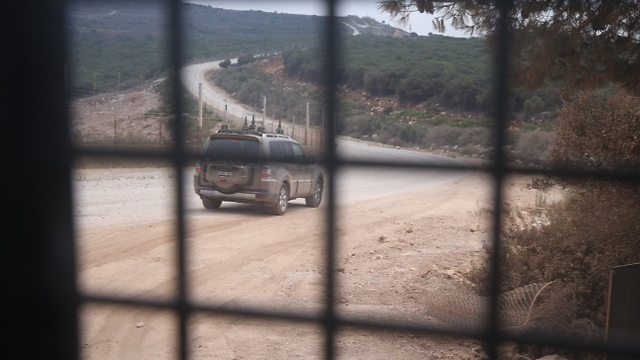 While Hezbollah is deeply submerged in the Syrian quagmire, and despite a substantial interest in avoiding confrontation with Israel, over the past year the organization’s leadership has been preparing for the Third Lebanon War as though it will begin tomorrow. This derives mainly from a decision by Nasrallah and members of Iran’s Quds Force about a year ago to change the strategy towards Israel.

This strategy is aimed at deterring Israel from pinpoint actions the IDF occasionally takes to foil terrorism and strengthening of Hezbollah (known in the IDF as a battle between the wars). Fighting Israel provides Hezbollah with the legitimacy it needs to arm itself in Lebanon and battle in Syria.

It was hence decided to treat Lebanon and Syria as a single front against Israel and to respond to any significant attacks attributed to the IDF, even if the result is escalation that leads to destruction and many casualties on both sides.

This almost happened in January. An airstrike on senior Hezbollah field commanders, which killed Jihad Mughniyeh and several others, including an Iranian general, was attributed by Hezbollah and Iran to Israel. According to evidence on the ground and intelligence information, a decision was made to carry out a retaliatory attack.

The IDF and Hezbollah both prepared for the possibility that this response could spark a larger conflagration. Major General Aviv Kokhabi, head of the IDF’s Northern Command, was in the middle of preparing orders for a possible counterattack when news broke of Hezbollah’s retaliation. The organization fired anti-tank missiles from Lebanon at an IDF convoy on its way to Mount Dov, killing two Givati soldiers. Thanks to troops’ alertness and speed, much greater loss of life was prevented.

The leadership on both sides could therefore decide that the account was more or less settled. But only a minority of the Israeli public realizes how close we were at noon on January 28, 2015 to the outbreak of the Third Lebanon War.

Under these circumstances, it’s only natural that the commander of the IDF’s Sword Battalion, Colonel Alon Madanes, considers the Lebanese border to be a front that is currently quiet, but could boil over within hours. Madanes and his battalion are responsible for the western sector of the border area, which contains 165,000 residents in 55 towns. 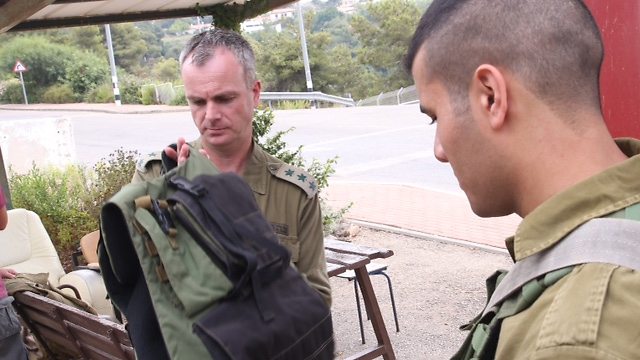 As we drove along the border fence, I realize that he and the entire Northern Command are preparing for a Third Lebanon War and are working intensively to prepare offensive and defensive actions.

It’s likely that the next war and its results will be decided in many ways by its opening shot and its timing. But in general, the IDF will have to deal with three main problems.

The first is firing of high-trajectory projectiles, both more frequent and more accurate than in the past, which will target civilians, military facilities, and essential services throughout Israel. This would involve around 1,200 warheads a day that would wreak destruction and losses until the IDF manages to halt the launches.

Damage in the first days of the war or campaign will be much smaller if David’s Sling, designed to intercept missiles with a longer range than Iron Dome, is operative by then. But there will still be damage.

The second is attempts by Hezbollah special forces to cross into Israeli territory to conquer towns, kidnap hostage, and block major transportation arteries in the north. This activity will be designed to foil the IDF’s tactical plan, particularly any land advance into Lebanese territory, while also attaining a propaganda coup of the likes that enemies of Israel have not achieved since 1948. Nasrallah has hinted since 2011 of his organization’s plans to “conquer the Galilee”, and recently flat-out stated this goal.

The third is intensive barrages of mortal shells and short-range rockets, with the goal of unleashing mass death and destruction in border-adjacent communities. Hezbollah learned a lesson from Hamas’s tactic at the end of Operation Protective Edge, realizing that the warning time given to civilians in border-adjacent communities and to IDF forces deployed in the field does not always permit finding cover. It intends to take advantage of this fact to maximize the number of civilian casualties, in hopes of causing demoralization and mass evacuation of these communities.

Make no mistake – the IDF prioritizes the offensive tactics aimed at stopping Hezbollah’s rocket fire towards the Israeli home front, and at preventing infiltration into Israeli territory. There will be significant and speedy maneuvering of large IDF forces into Lebanese territory and thousands of targets will be hit throughout Lebanon for many days. This will be the IDF’s main effort, but there will also be evacuations of towns.

One of the main difficulties the senior rank of the IDF expects in the next war is mental: How to explain to the Israeli public that Hezbollah could penetrate our territory for a few hours before being chased back. This is the nature of a war in which each side has successes and failures, and the balance sheet is made at the end. Operation Protective Edge proved that the Israeli public is not prepared to accept a situation in which the enemy has any success, even if temporary.

Another defensive element is what’s known as “the obstacle”. This is an artificial cliff IDF is digging in mountain slopes next to border-adjacent communities. “The goal is to significantly erode the advantages given to the enemy by the steep, mountainous terrain and thick vegetation,” says Madanes. 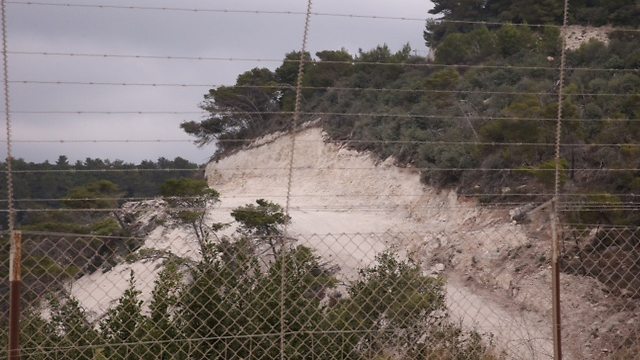 An ‘obstacle’ to prevent Hezbollah from infiltrating or conquering villages (Photo: Motti Kimchi)

“Hezbollah doesn’t need tunnels,” he adds, saying he cannot claim with certainty that there are no tunnels crossing into Israel in his sector, but that he believes that the fact that intelligence has yet to expose such a tunnel is encouraging.

Regarding “the obstacle”, he is more decisive.

“The steep topography and dense vegetation that actually reach the outermost homes in Israeli towns provide the enemy with a hiding place just like the tunnels in Gaza,” he continues. “Digging these cliffs will change this situation. It will not only force them to climb several meters on a steep wall, but they will also stand out to observation units against the backdrop of the cliffs’ white chalk.”

Colonel Madanes hopes that the next war will, thanks to incessant preparations by the IDF, will bring much more decisive results in Israel’s favor than the Second Lebanon War.

He is aware that Hezbollah is gaining important experience in Syria, but believes the gap between the Lebanese organization and Israel’s army is only widening to Israel’s advantage. “Hezbollah is afraid of us,” he says carefully, and after a small hesitation adds: “More than we are afraid of it.”