Haaretz and Reuters
The United States believes that Hezbollah is determined to give itself an option to carry out attacks inside the United States, Nicholas J. Rasmussen, the director of the National Counterterrorism Center, said on Tuesday.
“It is our assessment that Hezbollah is determined to give itself a potential homeland option as a critical component of its terrorism playbook,” Rasmussen said during a briefing. 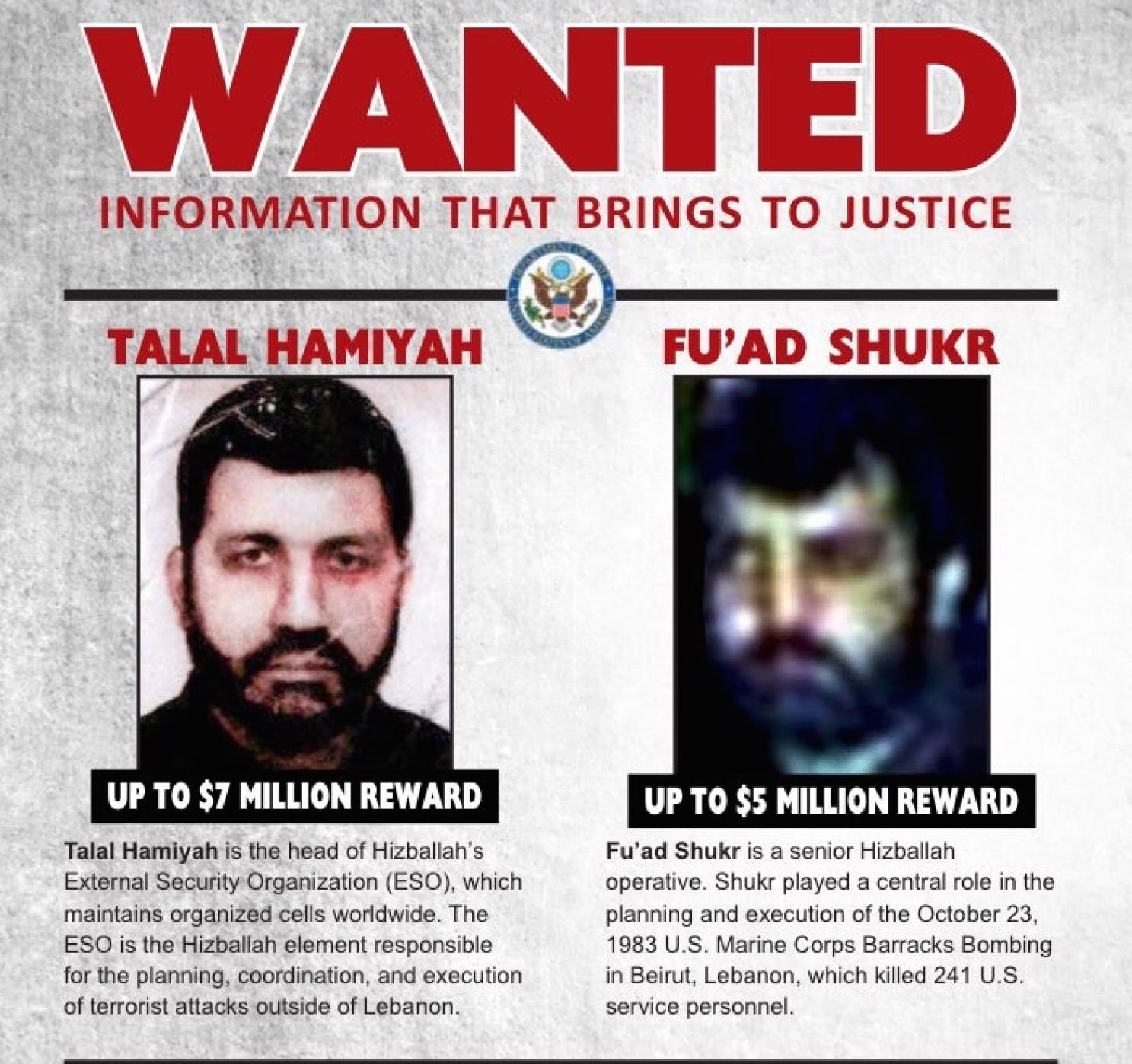 Rasmussen noted that before September 11, 2001 Hezbollah was responsible for more American deaths than any other foreign terrorism group.

Hamiyah is the head of coordinating and executing attacks outside of Lebanon, the State Department said. Hamiyah was Mughniyah’s protege and served as his deputy in the “Jihad” network, a unit for special missions. Hamiyah, according to reports from Lebanese sources, went to Iraq quite often and was in contact with the leaders of the Shi’ite militias there, who are fighting the U.S. Army and the coalition forces.

Shukr played a central role in the 1983 attack on the U.S. Marine corps barracks in Beirut, the State Department said. The Marine headquarters was destroyed at 6:22 A.M. when a truck rigged with around 10 tons of explosives and fuel exploded, killing 241 people. Minutes later, 58 French soldiers were killed in an explosion at their base in Ramlet al-Baida.

According to the Washington Institute for Near East Policy, Shukr serves on Hezbollah’s highest military body and played “a vital role” in Syria by helping Hezbollah fighters and forces loyal to the Assad regime fight insurgents.
“With all the focus on ISIS and Al-Qaida, I can assure you that those of us who have focused on terrorism for the entire period since 9/11 have never taken our eye off of the Hezbollah threat,” he said.

The announcement is part of the Trump administration’s broader plan to tackle Iran’s proxies in the Middle East, including Hezbollah, in line with its new Iran strategy. Administration officials briefed a number of U.S. media outlets last week about this strategy, saying it will include new measures against Hezbollah, including possibly imposing sanctions targeting the terror group.

Trump is reportedly planning to decertify the nuclear deal with Iran by announcing that the agreement is not in the national interest of the United States. Rather than nullifying the deal, decertifying it would send the agreement back to U.S. lawmakers, who would then be left with the dilemma of whether or not to scrap it by reimposing sanctions on Iran.
Rasmussen’s announcement came just hours after Defense Minister Avigdor Lieberman warned that Israel’s next war will be fought on two fronts, with Hezbollah along the northern border and Gaza in the south.
Speaking to a group of soldiers at the Israeli army’s headquarters in Tel Aviv, Lieberman also accused the Lebanese army of being co-opted by Hezbollah.