Turkish President Recep Tayyip Erdogan dresses up his increasing authoritarianism with nationalist and religious overtones, sparking battles over the future of the Kemalist state. Those battles, pitting nationalist and conservative forces against secularists and Kurds, are nowhere more evident than on Turkish soccer pitches.

A series of incidents in recent months highlighted the mounting tensions in Turkish society. Controversy rages over what actually happened in some of the incidents, particularly those in remote locations or that occurred away from the prying eyes of fans and/or the media,

The underlying political and social battles are nonetheless evident and beyond dispute irrespective of who did what to whom when. The incidents frequently occurred in matches between teams who represent very different and frequently diametrically opposed visions of what the Turkish state and society should be. 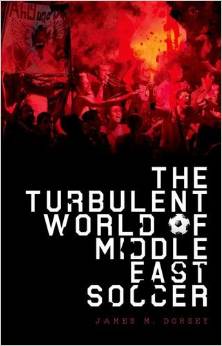 Turkish-American soccer writer John Blasing who often blogs about violence and social and political tensions in Turkish soccer noted that the incidents involved “violence with political undertones, based…on religious and ethnic identities” that targeted Kurds and secularists, groups that traditionally have had disdain for one another. Kurds strived to achieve greater cultural and political rights; secularists championed a unitarian Turkish identity and viewed the Kurdish southeast of the country as backward.

“The current marginalization of both groups within Turkish society, however, also offers a unique opportunity for them to come together in ways that were not possible in the past,” Mr. Blasing said. 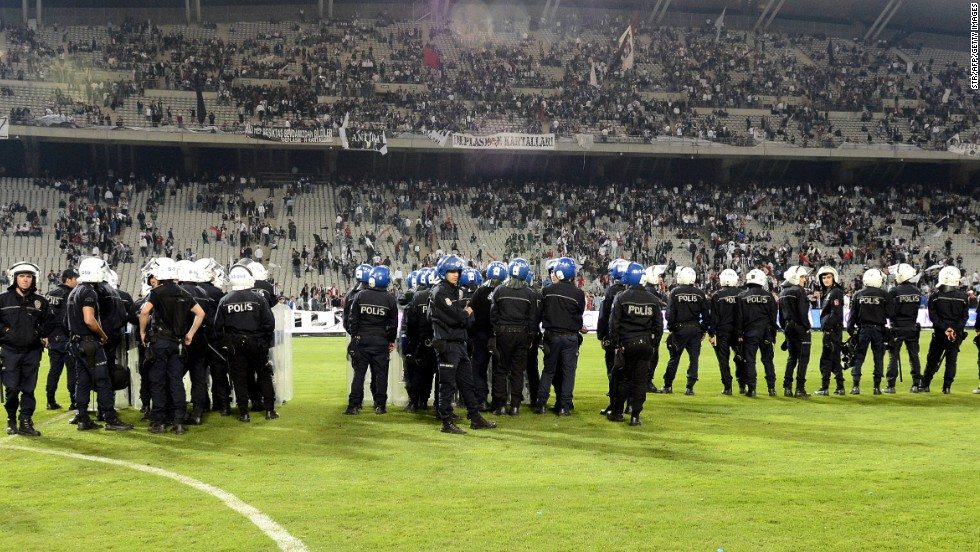 The changing nature of perceptions of one another in Turkey and the contradictory visions of Turkey’s future were part of the environmental architecture when Altay SK Izmir played Erzurum Büyükşehir Belidiyese in April in eastern Turkey. Hailing from the Mediterranean coastal port city of Izmir, Altay embodies the ideals of progress, modernity and secularism espoused by Mustafa Kemal Ataturk, who in 1923 carved modern Turkey out of the ruins of the Ottoman empire.

Erzurum, an ethnic and religious hodgepodge in eastern Turkey, once described as The Rock by NATO, when it during the Cold War hosted the alliance’s most south-eastern air base, reflects the backbone of popular support for Mr. Erdogan: conservative and nationalist rural towns and cities.

Altay claimed on its website that an unidentified man brandishing a knife had attacked its players in their locker room during the match’s intermission. The incident allegedly occurred after Erzurum fans in the stands had denounced Altay in chants as hailing from infidel Izmir, a predominantly Greek city until 1923 when what Turks euphemistically call a population exchange were forced to leave.

In response, Yeni Akit, a local newspaper denounced Altay fans as terrorists who supported the Kurdistan Workers Party (PKK) which has been waging a more than three decades-long insurgency and proudly extolled how Turks from Erzurum had taken Greek soldiers hostage during the Turkish Greek war in the 1920s.

Also in April, officials of Amed SK which hails from Diyarbakir, widely viewed as the Turkish Kurds’ capital, assaulted their counterparts of MKE Ankaragücü, a team that calls Ankara, the Turkish capital home, in an attack that was caught on video. Diyarbakir fans allegedly threw stones at MKE players during an earlier match in the predominantly Kurdish city and whistled as the Turkish anthem was being played.

Formerly known as Diyarbakır Büyükşehir Belediyespor, the club in 2014 adopted Amed, the long banned Kurdish name of Diyarbakir, as its identity and changed its colours to the yellow, red and green of the Kurdish flag.

The move constituted part of Kurdish resistance to long standing restrictions on the user of their languages and expressions of ethnic or national identity. Kurds account for between 10 and 23 percent of Turkey’s population.

Similarly, a controversial call for making Turkey’s secular constitution Islamic by Ismail Kahraman, the speaker of the Turkish parliament, reverberated on the soccer pitch. Members of Carsi, the militant support group of Istanbul’s Besiktas JK that has a huge national following and played a key role in mass anti-government protests in 2013 chanted “Turkey is secular and will remain secular” during a match between Kayserispor and their team. The Carsi chant was also echoed by supporters of Fenerbahce SK, one of two Besiktas arch rivals.

The battle over secularism erupted in the stadiums as Turkish police arrested 38 people accused of framing Fenerbahce executives of match fixing as part of a failed power grab by self-exiled preacher Fethullalh Gulen. Those arrested included former police chiefs, lawyers and at least one journalist. They were accused of belonging to a “terror organization” and conducting illegal wiretaps.

A 2011 match-fixing scandal involving Fenerbahce signalled the fall-out between erstwhile allies Messrs. Erdogan and Gulen. The scandal amounted to a struggle for control of Fenerbahce, the political crown jewel of Turkish soccer, between the two men. Gulen supporters in the judiciary accused senior members of the then Erdogan government of corruption, leading to a crackdown and the banning of the group.

In April, fans further challenged Mr. Erdogan’s megalomaniac sense of glory by clashing with police after they were banned from attending the opening of Besiktas’ renovated and renamed stadium. In doing so, they ensured that the opening harked back to the stadium’s closure in the wake of the 2013 protests that were countered with brutal force.

Those fans that made it into the stadium defied a ban on chanting political slogans in stadiums by resurrecting the 2013 chants, “C’mon spray us with tear gas” and “We are Mustafa Kemal’s Soldiers.”

Mr. Erdogan, a purveyor of conspiracy theories in which dark forces – including Zionists, Germany, Britain, and a mastermind presumed to be the United States – continuously conspire against Turkey, has inspired the country’s pro-government media to extend the anti-Turkish plots to fans who take issue with his policies.

“Chaos Over Football: The Gang of Treachery Wants to Destabilize Turkey” read a headline in Fotomac in February, a day after a protester snatched a red card from a referee in the Black Sea town of Trabzon in protest against what he considered to be biased judgements.

“According to an allegation, there is a secret gang working behind the scenes of Turkish football. It has been stated that this gang pressed a button in order to drag the country into chaos by pulling masses to the streets via football. It has been learned that the secret gang, which had failed to drag Turkey into chaos during the Gezi Park protests, now has chosen Trabzonspor as a target, and it provokes the fans of this team by using referee mistakes as a pretext,” the newspaper reported, referring to Trabzon’s major soccer club.