Trending
You are at:Home»Categories»Headlines»Tüpraş ‘reduces Iranian crude purchases’ as US sanctions loom
By Hurriyet on 23 July 2018 Headlines

Turkey’s biggest oil importer Tüpraş has cut back purchases of Iranian crude since May, when the United States said it would re-impose sanctions on Tehran, and analysts say Tüpraş is likely to stick to lower volumes in coming months.

NATO member Turkey depends heavily on imports to meet its energy needs and neighboring Iran has been one of its main sources of oil because of its proximity, crudequality and favorable price differentials, traders say.

In the first four months of 2018, Tüpraş, Turkey’s largest refiner, bought an average of 187,196 barrels per day of Iranian oil, data from Turkey’s energy watchdog EPDK showed. In April alone, Tüpraş imported eight cargoes – equivalent to just over 240,000 bpd – from the OPEC member. But since May, when President Donald Trump announced the re-imposition of U.S. sanctions on Tehran after pulling out of a 2015 nuclear deal, Tüpras’s purchases of Iranian oil have gone down.

Tehran shipped four cargoes of crude oil per month to Tüpraş, equivalent to around 130,000 bpd, in May and June, tanker tracking and shipping data showed, down from six to eight earlier in the year. So far in July, Tüpraş has bought three more cargoes. The U.S. is due to re-instate sanctions on Iran’s energy sector after a wind-down period ends on Nov. 4.

An industry source said the U.S. decision was the main reason for the decline in Tüpraş’s purchases of Iranian oil since May, but said the company was likely to continue importing some Iranian crude, as it did when U.S. sanctions were previously in force.

“During the sanctions scheme of 2011 by the U.S., Tüpraş was able to purchase 3 to 4 cargoes of Iranian crude a month,” the industry source said.

“I believe they would want to be able to stick to that this time as well instead of completely stopping. This crude needs to be bought by someone as otherwise it will send the price shooting up, which nobody wants,” he said.

Refiners in other countries are affected by the sanctions because they want to maintain their access to the U.S. financial system. Indian refiners also cut imports of Iranian oillast month to avoid looming U.S. sanctions.

Trump initially planned to totally shut Iran out of global oil markets, demanding all other countries stop buying its crude by November.

The United States later said it may grant sanction waivers to some allies that are particularly reliant on Iranian supplies.

Most analysts still think the sanctions will significantly reduce Iran’s crude oil exports, with some forecasting as much as a two-thirds drop to 700,000 barrels per day (bpd). Turkey has criticized the U.S. decision, saying Ankara will not cut trade ties with Iranat the behest of other countries. After meeting a U.S. delegation in Ankara on July 20, the Turkish foreign ministry said authorities were working to avoid the U.S. sanctionsfrom harming Turkey.

In the past, whenever Turkey has needed to cut back on Iranian oil, Iraqi crudeemerged as the alternative. Analysts say that is again likely to be the case in the coming months.

“Iran and Iraq have traditionally been Turkey’s two biggest crude oil suppliers,” Cuneyt Kazokoglu, head of oil demand at consulting firm FGE, said. “It won’t be a surprise to see more Basra barrels flowing to Turkey,” he said. In the first four months of the year, Turkey imported an average of 39,768 bpd of Iraqi oil.

In the whole of 2017, Iraq was Turkey’s third biggest supplier of crude after Iran and Russia, with 7 million tons of oil, equivalent to around 141,000 bpd.

by Hurriyet time to read: 2 min 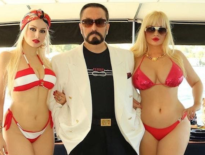 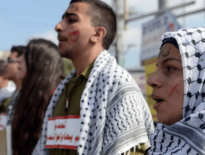 Headlines Where Is This ‘Israel’ They Talk About?
0
wpDiscuz
We use cookies to ensure that we give you the best experience on our website. If you continue to use this site we will assume that you are happy with it.Ok