Trending
You are at:Home»Categories»Headlines»Treasury Targets Hizballah Financial Network in Africa and the Middle East
By Shaffaf on 2 February 2018 Headlines
WASHINGTON – Today, the U.S. Department of the Treasury’s Office of Foreign Assets Control (OFAC) targeted the business operations of Hizballah by designating six individuals and seven entities pursuant to Executive Order (E.O.) 13224, which targets terrorists and those providing support to terrorists or acts of terrorism.

“Hizballah is a terrorist organization responsible for the death of hundreds of Americans.  It is also Iran’s primary proxy used to undermine legitimate Arab governments across the Middle East.  The Administration is determined to expose and disrupt Hizballah’s networks, including those across the Middle East and West Africa, used to fund their illicit operations,” said Secretary of the Treasury Steven T. Mnuchin.  “The Treasury Department will continue to sever Hizballah from the international financial system, and we will be relentless in identifying, exposing, and dismantling Hizballah’s financial support networks globally.”

Each of the six individuals and seven entities designated today are subject to secondary sanctions pursuant to the Hizballah Financial Sanctions Regulations, which implements the Hizballah International Financing Prevention Act of 2015.  Pursuant to this authority, OFAC can prohibit or impose strict conditions on the opening or maintaining in the United States of a correspondent account or a payable-through account by a foreign financial institution that knowingly facilitates a significant transaction for Hizballah, or a person acting on behalf of or at the direction of, or owned or controlled by, Hizballah.

Today’s actions target the network of Adham Tabaja and Al-Inmaa Engineering and Contracting which OFAC designated as Specially Designated Global Terrorists (SDGTs) pursuant to E.O.13224 in June 2015.  Tabaja maintained direct ties to senior Hizballah officials and Hizballah’s operational component, the Islamic Jihad.  Al-Inmaa Engineering and Contracting has been one of the largest and most successful real estate businesses in Lebanon since the late 1990s and has provided both financial support and organizational infrastructure to Hizballah.

Hizballah was designated by the Department of State as a Foreign Terrorist Organization in October 1997 and as an SDGT pursuant to E.O. 13224 in October 2001.  It was listed in January 1995 in the Annex to E.O. 12947, which targets terrorists who threaten to disrupt the Middle East peace process, and also designated in August 2012 pursuant to E.O. 13582, which targets the Government of Syria and its supporters.

Jihad Muhammad Qansu (Jihad Qansu) was designated for acting for or on behalf of Al-Inmaa Engineering and Contracting (Al-Inmaa).

Jihad Qansu is a financial manager of Al-Inmaa, who works on behalf of the company by directing payments and receipt of funds.  In this role, he has worked with OFAC-designated Muhammad Al-Mukhtar Kallas on Al-Inmaa operations.  OFAC designated Kallas on October 20, 2016 for providing financial services to or in support of Adham Tabaja through his work for Al-Inmaa.

Jihad Qansu is also a business associate of Adham Tabaja, who assists him in accounting matters, including resolving bank account issues.

Ali Muhammad Qansu (Ali Qansu) was designated for acting for or on behalf of Adham Tabaja.

Ali Qansu has a longstanding and established business relationship with Adham Tabaja, including maintaining millions of dollars in bonds for him.  Ali Qansu also maintains relationships with Hizballah members and affiliates, including OFAC-designated Muhammad Al-Mukhtar Kallas.

All seven entities are designated for being owned or controlled by Ali Qansu.

Ali Qansu wholly owns Blue Lagoon Group LTD. and Kanso Fishing Agency Limited, both of which are based in Sierra Leone.  He is the managing director of Ghana-based Star Trade Ghana Limited.  In this capacity, he has managed bank accounts for Star Trade Ghana, and transacted with a Ghanaian-based bank on behalf of the company.  Additionally, he coordinated over a million dollars in fish sales with Sierra Leone- and Ghana-based fishing companies, including sales of Star Trade Ghana.

Issam Ahmad Saad was designated for acting for or on behalf of Al-Inmaa.

He is also an authorized director of Global Cleaners S.A.R.L., which OFAC designated on October 20, 2016.

Nabil Mahmoud Assaf (Assaf) was designated for acting for or on behalf of Al-Inmaa.

Assaf is the manager of purchasing and a minority shareholder in Al-Inmaa, who has communicated with and updated Adham Tabaja.

Abdul Latif Saad (Saad) was designated for acting for or on behalf of Al-Inmaa.

Muhammad Badr-Al-Din (Badr-Al-Din) was designated for acting for or on behalf of Al-Inmaa.

Badr-Al-Din is a manager of Al-Inmaa’s Basra, Iraq branch, and in this capacity has worked with Nabil Mahmoud Assaf and Hizballah money launderer Mohamad Noureddine, whom OFAC designated on January 28, 2016 for providing financial services to Hizballah.

U.S. Department of the Treasury 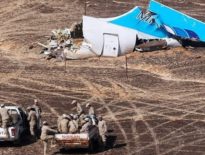 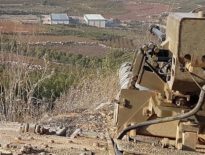 Features Hezbollah returns to Lebanon: This is where the ne…
0
wpDiscuz
0
0
Would love your thoughts, please comment.x
()
x
| Reply
We use cookies to ensure that we give you the best experience on our website. If you continue to use this site we will assume that you are happy with it.Ok