Trending
You are at:Home»Categories»Features»The ‘Spruance’ Precedent
By War is Boring on 14 November 2015 Features

If Congress approves the sale, the four Saudi LCSs will be configured differently than the U.S. Navy versions. For one, the Saudi versions will definitely have an area air-defense system which the U.S. versions do not have.

Additionally, the Saudi ships will be equipped with RIM-162 Evolved Sea Sparrow surface-to-air missiles which can destroy aircraft or supersonic cruise missiles from up to 30 miles away — along with Harpoon Block II surface-to-surface missiles.

It’s a formidable maritime outfit. Whether or not there will controversy in Congress over the fact the Saudis could receive more heavily-armed versions of an American ship than the U.S. Navy possesses has yet to be seen.

Saudi Arabia has long sought modern naval vessels for its small fleet. In light of the Iranian nuclear deal, Riyadh wants to ensure that Washington lives up to its word when it comes to providing it with the weapons to face down Tehran across the Persian Gulf.

However, it’s worth remembering there is a historical precedent to America selling a Persian Gulf country warships that are more advanced than what the U.S. Navy operates.

That precedent was Iran during the reign Mohammad Reza Shah Pahlavi.

Before the Gulf states became the big buyer of American weapons in the neighborhood, the Shah of Iran spent billions of petrodollars on the most advanced American hardware he could get his hands on. His country was the only one in the world Washington ever allowed to buy the highly advanced F-14 Tomcat interceptor.

On the naval front, however, the Iranian navy largely took delivery of British-made frigates. But the Shah still coveted American vessels.

In the 1970s, the U.S. Navy took delivery of the newly developed Spruance-class destroyers, which were initially designed to escort carrier battle groups and defend against submarine attacks. The Shah wanted such vessels for his Navy.

A total of four modified Spruance-class naval destroyers was built for the Iranian navy. Controversy arose over the fact that this Spruance variant, known as the Kidd-class destroyer, had more general purpose roles than theSpruances in service with the U.S. Navy.

Instead of wanting a ship to hunt for submarines in the world’s oceans, the Shah wanted destroyers to play air-defense roles in the confines of the Persian Gulf.

Pres. Jimmy Carter approved the sale of these vessels, along with the exorbitant F-14 deal of the day. But the ships did not arrive before the 1979 revolution and were instead integrated into the U.S. Navy. In a historic irony, the warships later patrolled the Persian Gulf to guard against Iran’s new Islamist government.

While the Spruance-class vessels have since been decommissioned, the four Kidd-class destroyers are still operating with the Taiwanese navy, which bought them back in 2001.

If the United States eventually sells LCSs to Saudi Arabia, it will be one of many enormous arms deals between the Gulf states and Western powers in recent years.

The Shah would have surely been jealous. 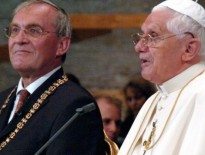 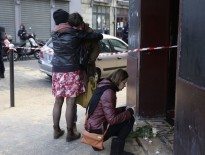 Features Hollande Blames ISIS for ‘Act of War’ on Paris…
0
wpDiscuz
0
0
Would love your thoughts, please comment.x
()
x
| Reply
We use cookies to ensure that we give you the best experience on our website. If you continue to use this site we will assume that you are happy with it.Ok