A real national commonwealth demands an authentic national narrative that recognizes the multiplicity of cultural, religious, and social foundations, but the courageous political leadership needed to embrace this inclusive approach has yet to emerge.

Christianity began as a religion of the Levant. Christian holy sites still dot its landscape, and it was in one of its cities that the believers were first called Christians. Since ancient times, early Christian sects, Orthodox, Catholic, Protestant, and more recently Evangelical communities have provided part of the foundation of the Near East’s social fabric. But unfortunately, this longstanding history provides no defense against the challenges these communities currently face, which may see the end of a meaningful Christian presence in the Levant within the next generation.

To be sure, suffering in the region is not limited to Christians. In fact, singling out Christians or other minorities has invariably furthered their victimization. Credible accusations of this kind have been made against the Damascus regime, in its quest to radicalize and delegitimize its opponents.

Yet the crumbling of this well-established presence, hastened by the “Islamic State’s” destruction of monasteries and churches, along with desperate families seeking life and freedom in other lands, extends the tragedy to all. A Levant void of its Christians truncates the region’s own past and future. One must steer away from reductionist readings of history characterizing Christians as modernizers and Muslims as bound to the past. But it is an historical fact that through their religious affinity and easier access to Europe, notable Christians of the Levant had a disproportionate role as mediators of modernity to both state and society in the region.

Today, Christians are accused of facilitating colonialism and cultural invasion, portraying these ancestral communities as an alien enemy within. This false narrative seeks to deny the local embrace of modernity and replace it with totalitarian regimentation, along with a complete rejection of universal values. The expulsion of Christians, demotion of their status to “protected communities,” or any form of denial of their equality with their non-Christian counterparts is a deliberate shift away from the hard-earned, gradual ascent toward a state of fairness, dignity, and liberty that developed over the past two centuries.

Alas, the Near East is faring badly today. Iraq’s Christian population has dwindled from nearly 10 percent just over a decade ago to the low single digits today. Only the Iraqi Kurdistan region has been able to resist to this demographic depletion by implementing measures to safeguard a Christian presence. Meanwhile, the conflict in Syria offers Christian Syrians, who also accounted for about 10 percent of their society, an awful choice if they wish to stay inside Syria. They may either support a brutal regime with little chance of survival and apparent increasing identification with other sectarian interests or else align with opposition forces, which mostly promise Christians mere “protected” status rather than equality. Many faced with these choices have opted to leave; the pressure on those remaining is mounting.

In Palestinian society, the discourse of a secular democratic state has been displaced by the reframing of the Palestinian-Israeli conflict in Muslim-Jewish terms. This new rhetoric diminishes the space — ideological, social, or political — accorded to Christian Palestinians. In Jordan, the small Christian community (of about 5 percent) benefits from solemn support from the monarchy and cordial relations with Muslim Jordanians. While the notion of Muslim-Christian entente as a foundation for national life still persists in Jordan, the rise of grassroots religious extremism is raising the level of concern even for this generally prosperous and successful Christian minority.

But it is in Lebanon, where the concept of Christian-Muslim coexistence has been enshrined as an official principle of state and society, that another kind of deep damage has affected intercommunity relations. Lebanon is home to the only expressions of national Christian politics in the region — political movements explicitly aimed at furthering the interests of Christians as a collective, in the context of national harmony and against any potential threat.

Upon the creation of Lebanon in 1920, Christians represented approximately half of the population. Today, they may constitute less than a third of the total population — although if the Lebanese diaspora is taken into consideration, the percentage of Lebanese Christians rises significantly.

As the Mandatory power, France structured Lebanon not as a Christian enclave but as a commonwealth of many faith communities, assigning the role of primus inter pares to Christian Maronites. The subsequent history of Lebanon was largely one of excesses and challenges in attempting to confirm this formula. By the mid-1970s, it became evident that demographic trends and regional pressures were insurmountable obstacles to the state structure as it was originally conceptualized. It took Lebanon over a decade of civil war to formalize a new concept: political parity between Christians and Muslims. This approach was to serve as an interim arrangement on the road to de-communalizing public life.

The ideal was thus a shared Lebanese identity transcending separate religious communities. The reality, however, was that Lebanon remained unequipped to evolve toward this goal. Nor was the regional zeitgeist in favor of such an evolution. Lebanon’s sectarian partnerships distinctly weakened after the country’s protracted civil mayhem. Moreover, the international community confirmed the Syrian regime’s position as Lebanon’s overlord — ostensibly as a reward for its participation in the 1991 Gulf War against Saddam Hussein. The Islamic Republic of Iran cultivated Hezbollah as a permanent Shiite outpost. So the notion of sovereign Christian politics, or even sovereign Lebanese politics, devolved into mere theory.

Far from recovering its damaged national identity, Lebanon was ushered under Syrian suzerainty into separate communitarian tracks: the Shiite track — shared with Iran, in its quest for relevance in the Eastern Mediterranean; the Sunni track — dominated by an “economic growth” model that de-emphasized ideology but was thoroughly subverted by the Damascus regime; and the Christian track — committed to sovereignty in principle, but deeply penetrated by the Syrian security services and fractured in its assessment of the prospects of a Christian presence in Lebanon.

The Christian formulations of political options have fractured even further since the 1990s. In light of this weakness, some Christian politicians identify the regional Sunni majority as a potential threat, prompting them to align with communities and governments capable of containing Sunni political power. Others see radical militancy and ideology, in particular that promoted by Iran, as the major existential threat, and thus seek to place the Christians in the majority regional camp.

This difference in assessment has translated into the seemingly insurmountable division of Christian Lebanese politics into two camps, generally presented as pro-Sunni and pro-Shiite groups. A more accurate designation, albeit one avoided in polite Lebanese society, would characterize the Christian factions as “Shiite-phobic” and “Sunni-phobic.”

There may be merit for aspects of both fear-based assessments. Nevertheless, the leadership of the Sunni-phobic Christian faction has contributed substantially to the realization of its own worst nightmare. It has accomplished this by rejecting the pro-development approach of the Sunni leadership as mere cover for corruption and by accusing the secular Sunni leadership of collusion with its far less influential radical faction. They have even promoted Sunni radical figures and afforded them undue media exposure and exaggerated impact. Moreover, it is difficult for the Sunni-phobic Christian faction to explain how an alliance with Hezbollah — a radical Islamist asset of Iran — and the Damascus regime with its ongoing murderous repression of its own population could advance the cause of Lebanese Christians.

Lebanon may still be endowed with the critical mass of Christian population necessary to continue qualifying as a multi-religious country. Still, its Christian presence is under threat, not so much from demographic retreat as from personal politics masquerading as an existential vision, causing harm well beyond the population’s diminishing numbers.

Radicalism, as obscenely expressed by the Islamic State or more subtly promoted by the Islamic Republic of Iran, may be the most visible threat to the Christian presence east of the Mediterranean. External factors must also be taken into consideration: the impact of the Palestinian-Israeli conflict, the U.S.-improvised then abandoned nation-building efforts in Iraq, and Moscow’s more recent, Russian Orthodox Church-blessed intervention on behalf of the Damascus regime.

Yet invoking these factors, or the long-ago history of colonialism and imperialism, serves merely to obfuscate the core issue: Levantine nation-states — Syria, Lebanon, Jordan, Iraq, or Palestine — failed throughout in forging a national bond for citizens to join as individuals, relegating community affiliation to the secondary rank of cultural and religious background. In both Syria and Iraq under Baath Party rule, the fiction of a higher pan-Arab identity was imposed as state dogma, invalidating local nationalism and effectively criminalizing any subnational identity. These actions provided only a thin disguise for the mundane reality of regimes capitalizing on minorities to subdue majorities.

Thus, national identities faltered while subnational ones solidified. Islam began to appear as if it provided the one available alternative for reclaiming wider unity, although this version is a unity that excludes “non-conforming” groups. It is also an imagined unity, based on a theory of religion and a reading of history that contradict the lived experiences of faith and society. This religious narrative is ill equipped to serve as a substitute for the national one, and has already yielded to the sectarian narrative. Now, the sectarian narrative is in turn conceding to the extremists. A real national commonwealth demands an authentic national narrative, one based on recognition of the multiplicity of cultural, religious, and social foundations of the national community. Nowhere in the Arab Near East, however, is such a demand fulfilled today.

The threat to the Christian presence in the Levant stems from all these factors: the burden of history, the self-serving maneuvers of despotism, and the unachieved modernity of Islamic thought and of Near Eastern societies, Muslim and otherwise. It is amplified by the segregation of communitarianism, ironically just when a retreat to communitarianism appears to be the sole source of safety. And, as in the case of Lebanon, it is aggravated by the parochialism and populism of self-selected leaders.

As a result, the attrition of Christian communities in the region does not have a foreseeable end. Reversing the trend may require a new, secular democratic liberal politics. Across the Levant, despite the apparent dominance of religious and sectarian discourse, a latent popular political will toward this more inclusive approach still persists. Sadly, the political leadership that would summon the courage to embrace it has yet to emerge.

The Demise of Christianity in the Levant? 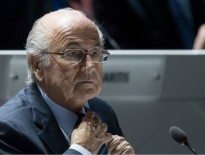 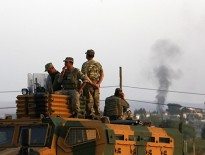 Features The Struggle for Azaz Corridor Could Spur a Turkis…
0
wpDiscuz
We use cookies to ensure that we give you the best experience on our website. If you continue to use this site we will assume that you are happy with it.Ok