Trending
You are at:Home»Categories»Headlines»That Massive Investigation Into Soccer Corruption Is Still Alive And, Well, Kicking
By BuzzFeed on 28 April 2017 Headlines, International Sports

Richard Lai’s guilty plea is part of a sprawling criminal case that generated enormous global publicity when it first emerged in late spring 2015. The case has been relatively quiet for some time, fueling widespread speculation that it was winding down, particularly given the change in attorney general under the new Trump administration.

But Thursday’s plea suggests that, in fact, the probe has continued, albeit very quietly. The last time a new defendant had been charged in the case was in March 2016, when Colombian Miguel Trujillo pleaded guilty to four counts of wire fraud conspiracy, money laundering conspiracy, and tax fraud.

In a federal courtroom in Brooklyn on Thursday, Lai said he accepted bribes amounting to $100,000 in 2011 from a candidate for the FIFA presidency in return for his support and vote as president of the Guam Football Association. (The candidate was ultimately suspended from FIFA for bribing someone else, so he never completed candidacy.)

Lai said he never disclosed receiving $100,000 — which came from an account in Qatar and was deposited to Lai’s bank in the Philippines — despite knowing that the candidate was being investigated by FIFA at the time.

Lai’s guilty plea takes the case to another region of the world, Asia, which has not been scrutinized until now.

Lai also said he also received more than $850,000 in bribes between 2009 and 2014 from a member of the Kuwait Football Association to use his influence to advance the interests of the Kuwaiti official, including helping the Kuwaiti official identify other members of the Asian Football Confederation to whom they could offer bribes. The bribes were masked as payments to hire a coach for Guam, but Lai said the money was ultimately deposited in his personal account.

Lai added that he would periodically ask for more money “for coaches,” which came in the form of wire transfers.

“‘Coach’ was code for payment, for me personally,” Lai said in court. “I never used those funds to pay for a coach for Guam … I kept it for myself and never told anyone.”

The wider investigation into FIFA, which took years to develop, had not touched those issues before.

Lai abused his position as a member of the FIFA Audit and Compliance Committee, Bridget Rohde, acting US attorney for the Eastern District of New York, said in a statement.

“The defendant abused the trust placed in him as a soccer official in order to line his own pockets, and now he will be held to account,” Rohde said.

Neither prosecutors nor Lai named the individual who paid the $100,000 bribe, but it would appear that person is Mohammed Bin Hammam, a Qatari billionaire who ran for FIFA’s presidency in 2011. Bin Hammam, a construction magnate long linked to the Qatari royal family, was suspended just days before the June 2011 election following allegations he had helped pay $1 million in bribes to FIFA voters from Caribbean countries. The bribes, amounting to $40,000 in cash per voter, were handed out in brown envelopes at a soccer association meeting in Trinidad a month earlier.

Bin Hammam, who had been president of the Asian Football Confederation and a member of FIFA’s powerful executive committee, was initially barred from soccer for life, but that sentence was later overturned by the Court for Arbitration of Sport. He has, however, remained outside the sport since then.

In 2014, a series of reports in the Sunday Times based on a trove of Asian Football Confederation emails indicated he may have paid bribes amounting to millions of dollars to dozens of FIFA officials around the world over several years.

Bin Hammam also lobbied for Qatar’s successful bid to host the 2022 World Cup, which beat out bids by the US, Australia, Japan, and South Korea. There has been widespread speculation that the voting for that honor was rigged, with critics pointing to the inadequate infrastructure in Qatar, as well as its inhospitable climate. FIFA launched an internal investigation of the bidding for the 2022 World Cup, as well as the 2018 World Cup, which went to Russia, but found no evidence of corruption by either winning country.

The overall case was championed by former Attorney General Loretta Lynch, who oversaw the case’s inception and development as the US attorney for the Eastern District of New York in Brooklyn.

President Obama named her attorney general in early 2015, just months before the FIFA case became public on May 27, 2015, when Swiss police raided a luxury hotel in Zurich, arresting seven soccer officials at the behest of US law enforcement. An indictment unsealed that day described FIFA and related soccer governance bodies as a vast criminal conspiracy to pay bribes for television rights and rig votes determining where World Cups would be held. The indictment named 14 defendants from nearly a dozen countries in North and South America, accusing them of a variety of crimes ranging from racketeering to money laundering to immigration fraud.

A second indictment accusing 27 additional people was unsealed the following December after several more soccer administrators were scooped up in another raid at the same Zurich hotel. The new charges pushed the total number of defendants past 40. In addition, several other individuals have pleaded guilty in related actions.

To date, 21 soccer officials or sports marketing executives have pleaded guilty in the case, including US citizens Chuck Blazer and Aaron Davidson, and most, if not all, have agreed to cooperate with the investigation. They have also pledged to forfeit hundreds of millions of dollars to the Department of Justice.

A number of others, however, remain outside the US and are either fighting extradition or, in the case of several charged Brazilians, live in a country that does not extradite its citizens. Late last year, a judge in Argentina ruled against extraditing three defendants.

Currently, five defendants — from Brazil, Paraguay, Guatemala, the United Kingdom, and Peru — have been arraigned in the US and continue to plead not guilty. They are scheduled to face a trial starting in early November.

But some of the biggest names in international soccer, including former FIFA president Joseph “Sepp” Blatter and former FIFA general secretary Jerome Valcke, have not been charged by the Justice Department.

As a Swiss citizen, Blatter cannot be extradited to the US. However, the Swiss attorney general’s office launched its own probe in late 2015 and has said Blatter is a target. That investigation is ongoing.

Several other countries have also launched their own criminal investigations into soccer corruption in the wake of the US actions, and the case has spurred a spate of civil litigation as well. Last week, for example, the regional soccer confederation governing the sport in North and Central America as well as the Caribbean filed a federal lawsuit against Blazer and Trinidadian Jack Warner, the body’s former general secretary and president, respectively. The suit is seeking at least $20 million for fraud, plus punitive damages.

Mary Ann Georgantopoulos is a reporter for BuzzFeed News and is based in New York.

That Massive Investigation Into Soccer Corruption Is Still Alive And, Well, Kicking

by BuzzFeed time to read: 5 min 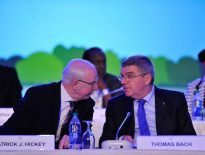 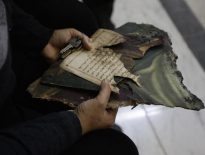 Features Islamic Fellow Travelers On The Road To Bigotry An…
0
wpDiscuz
We use cookies to ensure that we give you the best experience on our website. If you continue to use this site we will assume that you are happy with it.Ok