Former South American Football Confederation (CONMEBOL) vice-president Rafael Esquivel has been extradited to the United States to face bribery charges as part of the widespread probe into corruption within FIFA, according to Switzerland’s Federal Office of Justice (FOJ).

Esquivel, head of the Venezuelan Football Federation from 1988 up until he was arrested during dawn raids at the Baur Au Lac hotel in Zurich ahead of FIFA’s Congress in May of last year, has been accused of taking bribes worth millions of dollars, connected with the marketing rights for the Copa América.

This allegedly happened over the course of four editions of the tournament – 2015, 2019 and 2023, as well as the 2007 competition, which Venezuela hosted.

Esquivel had originally appealed his extradition to the US as he claimed he would be unable to travel due to health problems.

He contested it to Switzerland’s Federal Criminal Court earlier this year and then took his complaint to the Federal Supreme Court after his initial appeal was rejected.

According to reports, Esquivel withdrew his appeal last month.

“This enabled the Federal Office of Justice to approve his extradition to the United States the same day,” FOJ spokesman Folco Galli told the Associated Press.

“Esquivel must be placed in the custody of a U.S. police escort and taken to the United States within 10 days.”

He was accompanied on a flight to New York City by two American officials on Monday (March 7), the FOJ has confirmed.

Esquivel was one of the officials detained in dramatic arrests in Zurich, sparking a widespread criminal probe into alleged systemic corruption within world football’s governing body.

Two of the officials, former attaché to banned CONCACAF President Jeffrey Webb, Costas Takkas of Cyprus, and Nicaraguan Julio Rocha, are still appealing their potential extradition to the US

A further 16 officials were then arrested ahead of a FIFA Executive Committee meeting in Zurich in December.

These included former FIFA vice-president Alfredo Hawit and CONMEBOL President Juan Angel Napout of Paraguay, both of whom have already been extradited.

by Inside the games time to read: 1 min 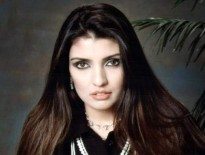 Commentary Saudi Writer Asks How Muslims Would Act If Christi… 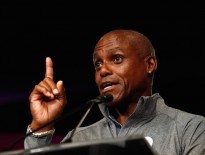 International Sports Coe should step down as IAAF President while dopin…
0
wpDiscuz
We use cookies to ensure that we give you the best experience on our website. If you continue to use this site we will assume that you are happy with it.Ok