Lets start with the Champions League where once again we have a ‘choke-point’ where games are regularly fixed.

Here is the scenario.  You are a UEFA investigator. The rest of the world thinks that you have unlimited resources and money coming out of your elbows. You know that if you’re lucky, the system will give you a bent paper clip and an elastic band for resources to stop corruption in Europe’s premier competition – the Champions League.

So how do you do it?

Focus your resources on the matches that stand the greatest chance of being fixed. The sixth-round of Champions League group stage is always a red-flag zone.

In 2011, Olympique de Lyonnais (Lyon) played Dinamo Zagreb in the final game of the group stage. Lyon had to win the game by at least six goals to stand any chance of progressing to the next round. Zagreb had no chance of doing anything they were mired to the bottom of the group.

Yep. Lyon won seven to one. A Zagreb player while pulling the ball from his own net gave a wide, seemingly-delighted wink to a Lyon player. The rumours bounded across European football.

UEFA, purportedly, launched an investigation but really – besides a cursory glance at the odds movement on the betting market – they did nothing.

So here we are again. Final week of Champions League, group stage and there are three games to watch for possible odd penalties, suspicious sending-offs and own-goals

I base this analysis on four factors:

– The teams that might lose come from leagues with widespread corruption, match-fixing and the grey market for buying/selling points is widespread.

– The teams that might lose have absolutely no chance of progressing in the    group.

– The teams that might win are rich teams playing in leagues where fixing is no surprise and the grey market for points is well-established.

– The teams that might lose are playing away from home where it is easier to fix games.

Note. I am not saying that these games will necessarily be fixed. I am simply saying that if you are an under-resourced UEFA investigator then these are the games that you should closely monitor. Progress for a team to the round-of-16 in the Champions League is worth tens-of-millions of Euro. Will some of that money be spent guaranteeing the result?

The three games to monitor are:

Today – Tuesday, December 5th is also a red-letter day in Olympic history. It is the meeting of the International Olympic Committee (IOC) to decide whether Russia should be allowed to participate in the up-coming Winter Olympics in South Korea.

Here is the state of play.

May 2016: The former head of Russian anti-doping program Gregori Rodchenkov claims in an interview with the New York Times that the Sochi Olympics had been tainted by a well-organized doping program that helped the Russian athletes.

2015 & 2016: Richard McLaren and Richard Pound, the Canadian investigators produced three reports effectively substantiating the Stepanovas’ charges. French prosecutors have launched a criminal investigation against the head of the International Associations of Athletics Federations (IAAF) who allegedly conspired with Russian anti-doping officials to suppress positive doping reports in return for bribes of hundreds-of-thousands of dollars.

July 2016: McLaren delivered his first report substantiating the charges against the Russians. He did so two weeks before the Rio de Janeiro Olympics. After much squirming, the IOC decides to allow much of the Russian team to compete while specifically banning the Stepanovas from participating.

Cue outrage and speculation of motives on the part of the top IOC executives.

Fall 2016: The World Anti-Doping Agency (WADA) who sponsored the McLaren and Pound Reports, and National Anti-Doping Agencies from two-dozen countries (USA, Canada, etc) and Para-Olympic Movement have an intellectual punch-up with the IOC. During this time, WADA and many of the national anti-doping agencies are hacked by Russian hackers.

Fall 2017: 25 Russian athletes who participated at the Sochi Olympics have been disqualified.

Up until early November 2017, many journalists who covered this field (myself included) thought that the IOC would again twist itself into pretzel-like shapes to excuse the Russians from their actions.

However, three weeks ago WADA investigators discovered fresh evidence against the Russians. A database from a Russian laboratory which lists the athletes allegedly involved in the doping. This revelation was followed-up by an official investigation on a Russian athlete that essentially condones the McLaren & Pound Reports and their methods.

Today, the IOC is really caught between a rock and a hard place. Let the Russian team come to the Winter Olympics (which the IOC would love to do) and the credibility of the anti-doping programs are shredded: or ban the Russian team and face retribution.

Now the IOC has announced that they will ban the Russians. An extraordinary day and one that I did not see coming (hand up on this one.  Never expected to see it. Well done the IOC).

Note: The potential compromise of allowing Russian athletes who are able to prove that they were not doped to enter the Olympics under a neutral flag has been specifically banned by Vladimir Putin.

Suspicious Games in the Champions League & the Great Olympic Stitch-Up 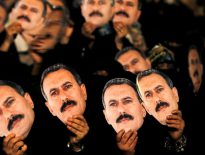 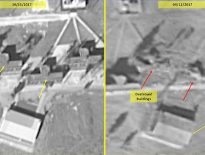