After Two Years, Rouhani Not Fulfilled His Promises to Minorities
Kaveh Ghoreishi

As President Hassan Rouhani enters his second year in office and with the nuclear issue not overwhelmingly dominating the top agenda of the state, public attention shifts to other national issues and expectations from the president and his team take varied elevated priorities.

In that context, one of Iran’s most prominent Sunni leaders, Molavi Abdol-Hamid last week criticized the continued “hardline activities” in regions of Iran where the Sunnis are in majority and said President Rouhani had not lived up to his promise and public expectations. Another Sunni personality Hassan Amini also told Rooz of the administration’s inattention to its own promises and the rights of minorities in the country, and concludes that no change has come in the living conditions of this minority.

This is a summary of the views of Sunni activists in the two provinces of Baluchistan in the south and Kurdistan in the west, provinces in which candidate Rouhani received the largest votes compared to other provinces of the country.

During his election campaign, Rouhani issued a special statement on the “Ethnic, Religious and Religious Sect Minorities” and made promises to them most of which remain unfulfilled. For example, the millions of Sunnis in the capital city of Tehran still do not have their own mosque. They still are not permitted to hold the Fitr and Ghorban celebrations on the same day that their religious compatriots hold in the Sunni countries neighboring Iran. This year, for example, Iranian Kurds held the Fitr celebrations at the end of the fasting month of Ramadhan on July 17 – despite threats – while the government formally announced the event to be on July 18th and expected all Iranians to celebrate it on this day.

Hassan Amini, who is also the head of a Kurdish Sunni faction called “Maktabe Qoran” told Rooz, “A few days before Eid Fitr, Sunni clerics were summoned and threatened not to announce Friday as the Fitr Eid celebration. But we still celebrated this event in the town of Sanandaj (in Iranian Kurdistan province) and other Kurdish towns on Friday. On some other towns such as Bookan in West Azerbaijan province, there was so much pressure from authorities people stayed away even though they had already ended their Ramadhan fast.”

Prior to Fitr celebrations, Molavi Mohammad Hossein Gorgij, the Sunni Friday imam of Azadshahr town also criticized the restrictions that authorities were imposing on Sunnis to hold the special celebratory prayers and warned the Rouhani administration that “no excuses are accepted for denying the Sunnis to hold their celebrations.” He continued, “Two units of prayers are not a security issue that should be prevented on security grounds.”

During his special Fitr celebration congregational prayers, Molavi Abdol-Hamid, the Friday imam of the town of Zahedan in the province of Baluchistan and a leading Iranian Sunni cleric called on the authorities to let Sunnis hold their celebrations without any interference. He also criticized the non-fulfillment of Rouhani’s pledges to this minority group. He specifically said that not allowing the Sunnis to hold their celebrations were examples of “hardline actions” in the province of Sistan and Baluchistan and added, “Because of these hardline actions, Mr. Rouhani has unfortunately not delivered the promises that he made to the ethnic and religious minorities and in the participation of these groups.” He at the same time conceded that some work had been done in the provinces. “Some efforts have been made in certain provinces but the Sunni community continues to expect that their elite be included in government ministries,” he said. His comments are posted on the Facebook page of Sunni Online, which is the official site of Iranian Sunnis. Abdol-Hamid’s own website continues to be blocked after it was attacked.

President Hassan Rouhani has tried to change the conditions of minorities by appointing Ali Osat Hashemi, a moderate pro-reform personality, to be the governor of Baluchistan province. This was welcomed by the Sunnis and supporters of the president, but they have said the administration must “do more than just appoint individuals to improve the lot of the Sunnis, specifically in their rights to practice their religion and even greater participation in the management of the country.”

Amini also made the same point and told Rooz that Sunnis of Kurdistan had in the past been included in government posts but nothing had changed in the last two years of Rouhani’s administration. “In the beginning, we held the view that we should not prematurely judge Rouhani especially as he had many opponents and should just wait. But now after two years of his rule, we see that nothing has been done regarding our situation,” he said.

Rouhani on his part plans to hold a session of the cabinet in the province of Kurdistan next week. Kurds expected that he would speak with Kurdish representatives and political activists during his visit but Amini points out that no such plans have been announced as of now to meet Rouhani and if there are any arrangements he has not been informed of them. He then added, “Even if we are invited, we will not go to a place where we are expected to be just listeners and not be allowed to speak and express our views. It does not seem that the administration is interested in speaking with Sunni representatives.” Some Majlis representatives too have called on Rouhani to address the problems of Kurdistan.

Moderate Kurdish activists have complained that Rouhani has not included Sunnis in senior positions of his government. A former minister of intelligence Ali Yunesi was appointed as a “special assistant” to the president for minority affairs, but his remarks for greater attention to the rights of minorities and the need to implement government programs in this regard have been sharply criticized by hardliners and conservatives, because of which even Yunesi has remained relatively silent on the issue. Sunni activists in Baluchistan and Kurdistan provinces say that nothing has been done even in the back corridors of power of Rouhani’s administration to provide the Sunnis with their rights or increase their institutional participation in the government.

Sunnis Still Have No Mosque in Tehran 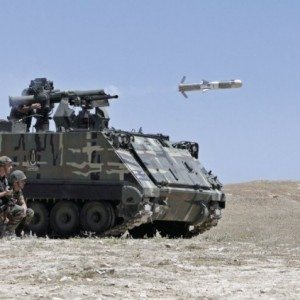 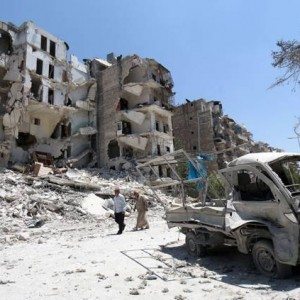 Features Hezbollah’s Growing Domestic Woes
0
wpDiscuz
0
0
Would love your thoughts, please comment.x
()
x
| Reply
We use cookies to ensure that we give you the best experience on our website. If you continue to use this site we will assume that you are happy with it.Ok