Today’s designation reflects our determination to counter Hizballah’s terrorist and illicit activities in Lebanon.  We will continue to target individuals and entities involved in financing and providing support to Hizballah while working closely with the Central Bank of Lebanon and other Lebanese institutions which work to preserve the integrity and stability of Lebanon’s banking system.

For more information on today’s action, please refer to the U.S. Department of the Treasury: https://home.treasury.gov/news/press-releases/sm760 .

For decades, Hizballah has threatened the stability and security of Lebanon and the region by perpetrating terrorism against innocent civilians, needlessly exposing Lebanon to significant economic and financial risks, and undermining Lebanon’s sovereignty and democratic institutions.  Hizballah must not be allowed to continue denying the Lebanese people an independent, democratic future free from corruption and foreign interference.  That is why on August 29th the U.S. Department of the Treasury sanctioned Lebanon-based Jammal Trust Bank, naming it a Specially Designated Global Terrorist (SDGT) for providing financial services to Hizballah.

Jammal Trust Bank is a primary Hizballah banker in Lebanon, with a long and continuing history of providing an array of financial services to the terror group.  Jammal Trust Bank has tried to conceal its relationships with numerous front companies for the U.S.-designated Martyrs Foundation.  The malfeasance within Jammal Trust Bank runs to the core.  Hizballah’s Member of Parliament, Amin Sherri, who engages in criminal behavior on behalf of Hizballah, openly coordinates Hizballah’s financial activities at the bank with its management.  By working with Sherri in this way, the bankers of Jammal Trust Bank have betrayed the trust of their fellow citizens and their banking colleagues.   By actively concealing Hizballah’s affiliation with these accounts from the Central Bank of Lebanon, these bankers violated their civic, social, and business responsibilities to innocent account holders, and have risked damage to the international perceptions of the Lebanese banking sector.  They have also violated Lebanon’s own anti-money laundering laws.  Further, it is unfortunate that Jammal Trust Bank management betrayed the trust of their fellow citizens.  The Lebanese Government should secure the interest of non-Hizballah-affiliated account holders as expeditiously as possible.  Those within Jammal Trust Bank’s management who colluded with Sherri and other Hizballah terrorists are a stain on Lebanon’s financial reputation and should be ostracized from all banking circles.  It is therefore incumbent upon the Lebanese financial sector to do more than simply implement sanctions against Jammal Trust Bank. 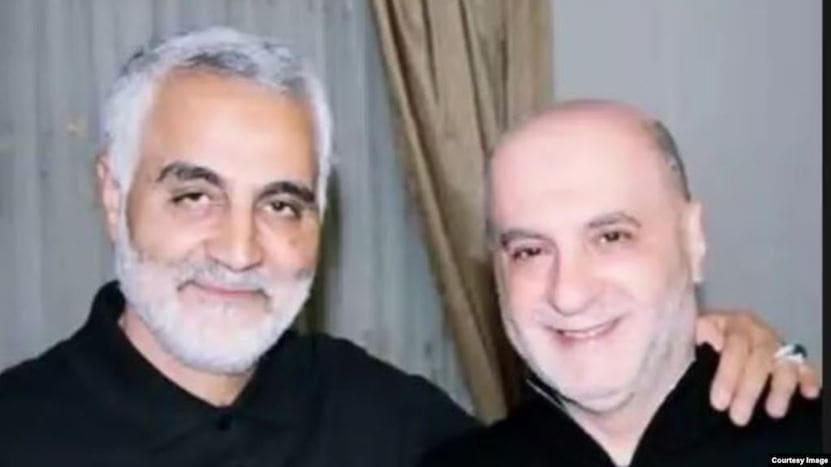 Jammal Trust Bank’s disregard for the integrity of Lebanon’s banking sector and for its account holders undermines the otherwise significant commitment that Lebanese financial authorities and the broader Lebanese banking community have painstakingly made.  The Treasury Department has seen the substantial steps the major banks of Lebanon have taken to implement strong Anti-Money Laundering and Countering the Financing of Terrorism (AML/CFT) compliance measures.  Lebanon’s bankers understand that a strong, trusted banking sector will help preserve Lebanon’s economy and serve the people of Lebanon well.  While the corrupt, reprehensible relationship between Jammal Trust Bank and Hizballah creates concern, the actions of Lebanon’s many other banks preserve hope for a stable and sound financial sector, and for foreign investment in the country.  Furthermore, we have confidence that the Central Bank of Lebanon will take the appropriate steps to freeze, close, and liquidate Jammal Trust Bank while resolving its legitimate outstanding debts to innocent account holders, many of whom are the very people that Hizballah claims it represents.

Hizballah wants the Lebanese people to believe that it is the protector of their country. We have seen quite the opposite as Hizballah repeatedly prioritizes its own agenda, and that of its Iranian masters, over the good of the Lebanese people by engaging in reprehensible acts of terrorism, illicit transnational trade in narcotics, pernicious corruption, egregious violations of Lebanon’s own policy of disassociation, and manipulation of public and state institutions to enrich its own aims.  Its illicit financial activity with Jammal Trust Bank, in violation of Lebanon’s own laws, is just one more example in a long, despicable list.  The United States stands with the Lebanese people and the Lebanese financial authorities, whose love of country is clear in their commitment to rooting out terrorist financing.

We took this action to protect and strengthen the Lebanese banking sector against exploitation, and we will continue to work closely with partners in Lebanon and in the region to prevent Hizballah from abusing regional and international financial systems.