A senior Israeli security source says that the defense establishment system has shifted its strategic focus to averting the threat of precise missiles that Iran is trying to introduce into Syria and Lebanon.”In recent days, we have attacked on several fronts. We also carried out simultaneous attacks in Syria and other arenas,” the senior official said on Monday.

“There was also a certain development in Lebanon, which according to foreign publications was attributed to Israel. There was a need to take action in several arenas within a 24-hour window, and we planned accordingly.”

According to the same source, Israel acted “as precisely in as many arenas as we planned, including in that possible enemy reactions. We are prepared for war but do not need it, as the event we carried out in Lebanon proved.”

The source also touched on the apparently imminent rapprochement between the U.S. and Iran and the plans to hold talks on the issue of Iranian nuclear ambitions.

“We have an ongoing relationship with the Americans, and I think they have no illusions about (Iranian President Hassan) Rouhani,” the source said.

“I don’t see them buying what he is selling, nor (Iranian Foreign Minister Mohammad Javad) Zarif. Will they talk? Perhaps. I believe the talks will take place in a different way from the previous talks, which is what I am hearing from everyone at all levels.”

Israel has redefined its priorities regarding the threats it currently faces. The Iranian nuclear threat is still one of the top priorities of the defense establishment, and in third place is the Iranian attempt to entrench itself in the region, in Syria, Lebanon, Iraq and Yemen.

The senior security source said in a conversation with military reporters that “in light of developments and situation assessments, it was decided three months ago that the precision missile project would be given high priority because of the immediate danger it poses. The military echelons were informed of this decision.”

He added: “We cannot afford to be surrounded by thousands of precision missiles that could land and harm the State of Israel.”

The senior official noted that in the past six months, the issue has been discussed by the cabinet with the upper echelons of the defense establishment, and the ensuing guidelines were passed on to various officials and the IDF.

“Our three targets have one address – Iran,” the source said.

“The address for two of the three threats is the same – the commander of the Quds Force of the Revolutionary Guard, Qasem Suleimani,” the source said, but declined to answer a question on how Israel would deal with Suleimani.

In recent months, the defense establishment has been making efforts in the diplomatic and defense spheres to prevent the threats coming from Tehran.

“We operate in all spheres – on the diplomatic, security, counterterrorism and intelligence levels,” the official said.

“What you see in practice is just the tip of the iceberg. There are many activities, most of which are connected to the IDF and the Mossad (external security service), for dealing with these issues.

“We work with a combination of determination and responsibility from a complete strategic perspective. It is the political level that determines which threats the State of Israel faces, and the military accepts missions according to priority.”

Nasrallah asked for a ceasefire

The security source also touched on the IDF strikes in southern Lebanon on Sunday after Hezbollah fired anti-tank missiles across the border, saying that three countries – France, Egypt and the United States – asking Israel to bring an end the incident.

Hezbollah leader Hassan “Nasrallah via (Lebanese PM Saad) Hariri appealed to other countries that then asked Israel to end the incident. This has to be said because the man in the shelter is continuing to give speeches, and he obviously just wanted to come out of this with some respect.

“From my perspective, it does not bother me as long as Israel advances its objectives. Even Hariri understands that his country is under threat if Nasrallah continues to operate from Lebanese territory. We are exploring our options and will make decisions based on developments. We are dealing with all arenas and achieving our goals.”

The official noted that the Russians had not intervened in recent events in Lebanon, and received updates throughout the incident.

“I had a conversation with French President (Emmanuel) Macron, and told him that inviting Iranian Foreign Minister Zarif to the (G7) conference in France on the day Iran conducts simultaneous attacks against us – and where he was embraced – highlights the absurdity of the European attitude toward Iran,” the source said.

Regarding the relationship and coordination between Israel and the U.S. after an attack in Iraq attributed by foreign outlets to Israel, the source said: Israel is in constant contact with Americans, almost on a daily basis.”

by Ynet time to read: 3 min 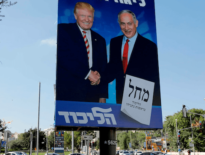 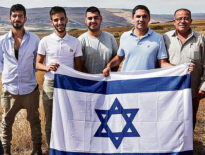 Commentary Israel’s Jews should meet Arab outreach with…
0
wpDiscuz
0
0
Would love your thoughts, please comment.x
()
x
| Reply
We use cookies to ensure that we give you the best experience on our website. If you continue to use this site we will assume that you are happy with it.Ok