ERBIL, Iraq — In a region where few people concur on anything, adversaries and enemies in the Middle East find themselves agreeing on one goal: to stop Iraq’s Kurds from forging ahead with a vote for independence on Monday.

As the Kurds rush headlong to embrace their region’s first steps toward independence, their neighbors and allies, led by the United States, are ratcheting up demands to cancel a referendum on independence from Iraq. They warn that it could unleash ethnic violence, tear Iraq apart and fracture the American-led coalition fighting Islamic state militants.

It is difficult to reconcile the fierce international objections with the euphoric flag-waving celebrations in Kurdish cities, where residents are convinced they will be voting for independence next week no matter what the world thinks.

In Erbil, the capital of Iraqi Kurdistan, fireworks streak across night skies and young men cruise past in cars, honking horns and chanting Kurdish national slogans. Red-white-and-green Kurdish flags snap in the wind beside posters and banners that implore Kurds – in four languages – to vote “yes” to pursue independence.

But almost every day for the past week, Kurds have been buffeted by jarring new demands from outside their autonomous enclave to cancel the vote.

The White House has called the vote “provocative and destabilizing.” Brett H. McGurk, the United States envoy to the region, has described it as “a very risky process” with “no prospect for international legitimacy.”

The United Nations secretary general, António Guterres, has warned that the vote would undermine the fight against the Islamic State, where Kurdish fighters, known as pesh merga, and Iraqi army units are part of the American-led coalition.

The Kurds’ powerful neighbor, Turkey, is conducting tank drills on its border with Iraqi Kurdistan. Iran has vowed to block its border with the landlocked region if the vote proceeds. In response, some Iraqi Kurdish families have been stockpiling food and supplies.

Both Turkey and Iran worry that an independence vote by Iraqi Kurds will stir unrest among their own Kurdish minorities.

The Iraqi government in Baghdad, faced with the possibility of losing a third of the country or the outbreak of a new civil war, has called the referendum illegal and unconstitutional. Prime Minister Haider al-Abadi has said that Iraq is prepared to use military force if the referendum provokes violence.

“The pressures are certainly escalating to try to pull this thing away from us,” said Hoshyar Zebari, Iraq’s former foreign minister and a leader of the referendum effort. “We are used to it.”

Even within Kurdistan, many Kurds are opposed.

Political rivals of the region’s president, Massoud Barzani, say they want independence but may vote no to avoid endorsing Mr. Barzani, the face of the referendum. Others say the referendum is the right idea at the wrong time. They contend that the Kurdistan Regional Government is corrupt and dysfunctional, and has not yet built the democratic framework necessary for an independent nation.

“We’re not a democratic state – we’re a tribal state, and we’re not ready for independence,” said Rabbon Marof, a member of the Kurdish Parliament and a leader of the “No For Now” movement.

Mr. Marof said Mr. Barzani’s government had tried to block the movement’s rallies and posters, accusations the government denies. Mr. Marof pulled out his cellphone to display texts from referendum supporters threatening him or making vulgar references to his wife and sister. 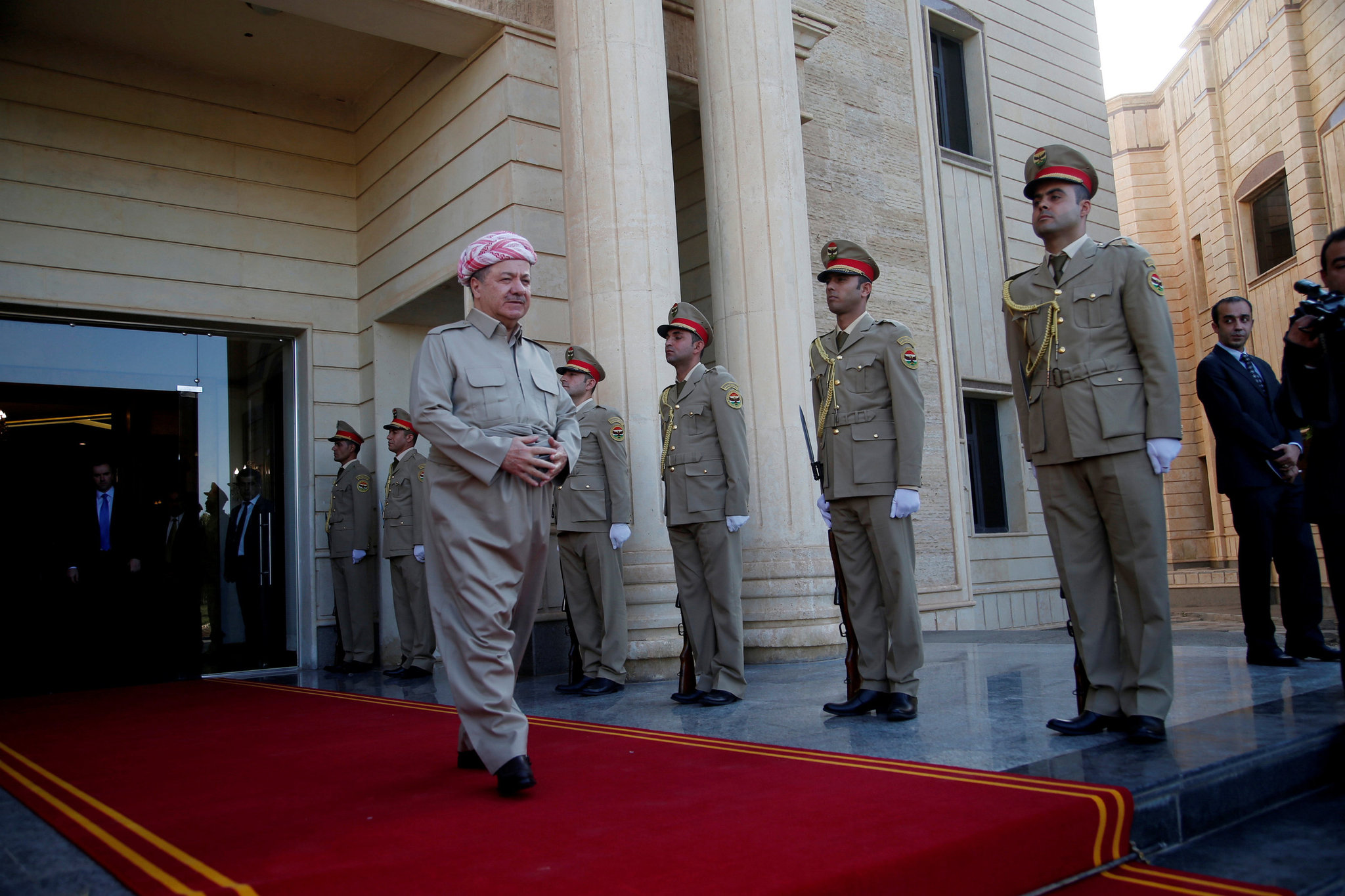 The president of Iraqi Kurdistan, Massoud Barzani, is pushing the referendum, but his rivals say it is a ploy to to distract attention from internal political strife and a sinking economy. CreditAzad Lashkari/Reuters

Mr. Barzani’s rivals have accused him of using the referendum to distract Kurds from internal political strife and a sinking economy. Rocked by falling oil prices, the Kurdistan Regional Government is at least $20 billion in debt, according to analysts. Public employees say they have been paid only about 40 percent of their salaries since Iraq stopped sending budget payments in 2014.

Alan M. Noory, a Kurd who teaches social science at American University of Iraq Sulaimani, said the vote would rupture relations with the United States and Baghdad at a critical moment. He favors independence, he said, but will boycott the vote.

“This is not a real referendum,” he said. “It’s an insult to the democracy we deserve.”

So far, the Kurdish leadership has held fast, insisting that the referendum will proceed. But the Kurdish Regional Government says it is still talking to the United States and to Baghdad, seeking an ironclad guarantee of a future road map to independence.

Peter W. Galbraith, a former American diplomat who is close to Kurdish leaders, said an 11th-hour deal was unlikely. “For the generation of leaders who were pesh merga, this is the end of their careers – this is their moment,” he said.

A central issue is the status of Kirkuk, an oil-rich city that provides Kurdistan its single biggest source of revenue. The pesh merga seized the city and its oil fields in 2014, after the Iraqi army fled an assault by Islamic State militants. 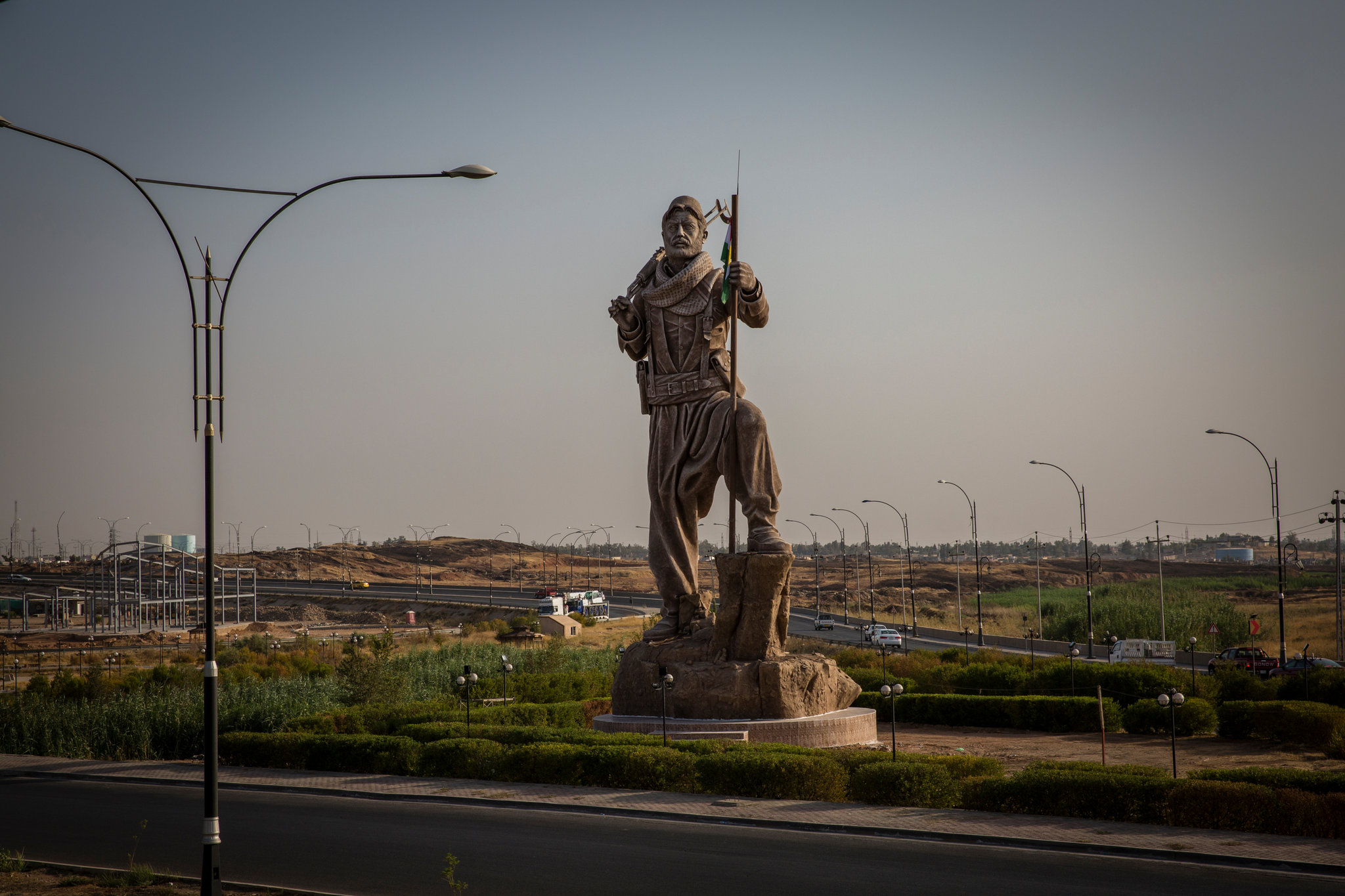 A major issue is the future status of Kirkuk, an oil-rich, multi-ethnic city the Kurds seized in 2014. A massive statue of a Kurdish pesh merga fighter at the city gates has angered Baghdad.CreditIvor Prickett for The New York Times

Kurds in Kirkuk have provoked Baghdad by flying Kurdish flags and erecting a massive statue of a pesh merga fighter at the city gates, a Kalashnikov rifle on his shoulder. Kirkuk is home to Arabs, Kurds and Turkmens.

Kirkuk is one of several Iraqi areas taken by Kurds in 2014, expanding their enclave by more than 40 percent. The Kurds have enraged Baghdad by including the disputed areas in the referendum.

Asked whether Kurds might consider canceling the vote in contested areas, Mr. Zebari replied, “We are looking for options – we have not reached any final conclusions.”

“But of course,” he added, “we would want something for it.”

The Kurds, isolated and besieged for a century, have rejected a series of American proposals to drop the referendum and negotiate with Baghdad. The Kurdish leadership wants a sweeping public endorsement for independence before starting negotiations.

“How can you not let the Kurdish people speak?” asked Najmaldin Karim, the Kurdish governor of Kirkuk. “Everything the U.S. and others are demanding we can do the very first day after the referendum.” 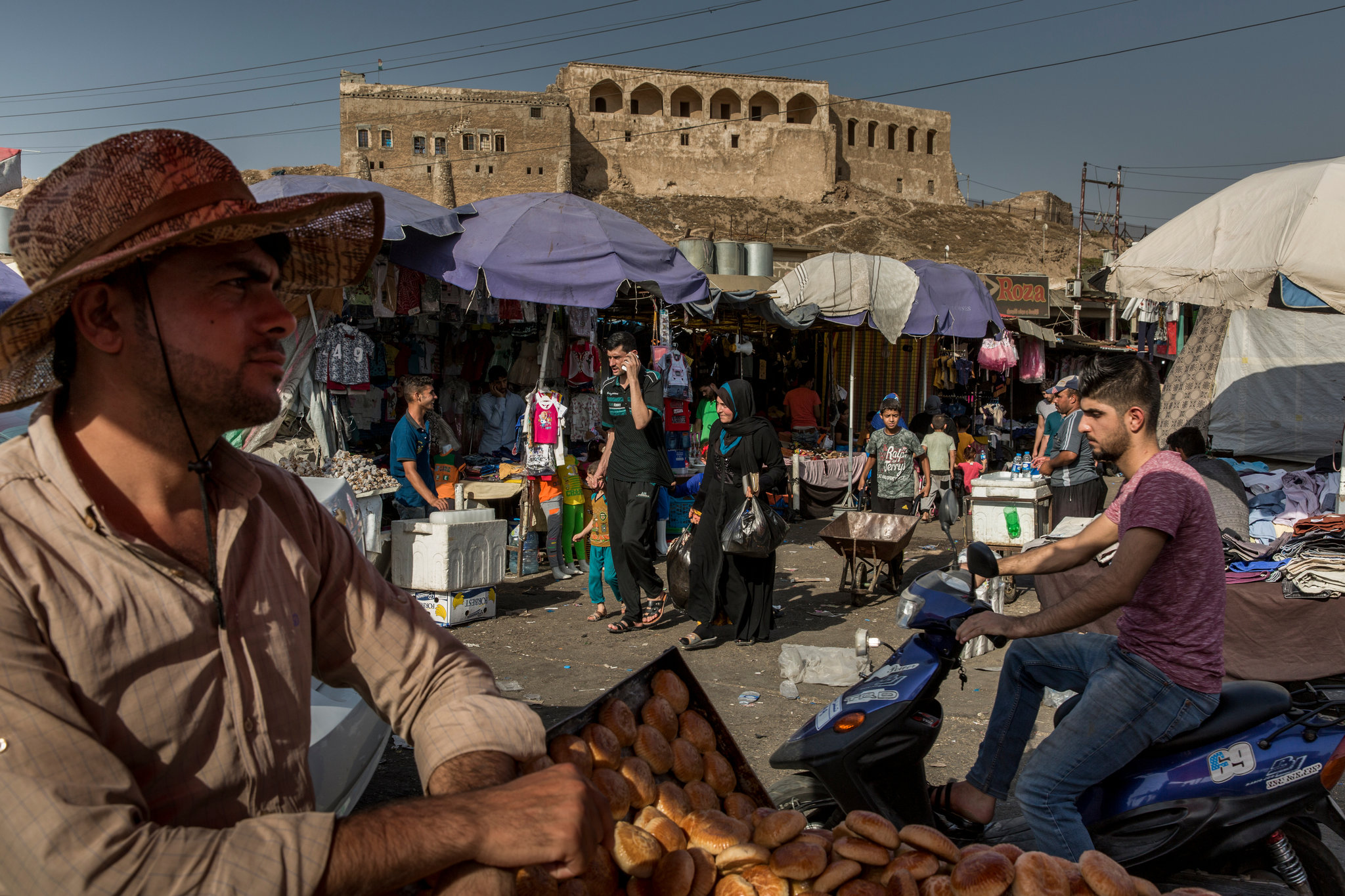 Kirkuk is one of several Iraqi areas taken by the Kurds in 2014, expanding their enclave by more than 40 percent. The Kurds have enraged Baghdad by including the disputed areas in the referendum.CreditIvor Prickett for The New York Times

Mr. Karim was fired by Baghdad last week, but remains stubbornly in office. The Iraqis cannot forcibly remove him with Kirkuk under pesh merga control.

David L. Phillips, a former State Department adviser who has worked on Iraq for 30 years, said Mr. Barzani was unlikely to back down now, or to accept any guarantees from the United States or the international community. “The Kurds have learned from bitter experience that they can only rely on themselves,” said Mr. Phillips, now at Columbia University.

A yes vote would not mean immediate independence. But Mr. Zebari said the vote was binding on the Kurdistan Regional Government. Assuming it passes, the government will begin a formal breakaway process to include negotiations with Baghdad and a campaign for international recognition.

The referendum dispute has left the pesh merga on the sidelines of a coalition assault that began Thursday against one the last Islamic State strongholds in Iraq, the town of Hawija, in Kirkuk province. Mr. Karim said there had been no recent military coordination with Baghdad in the province.

The pesh merga and the Iraqi army, along with Shiite militias known as the Popular Mobilization Forces, fought together in the nine-month battle to liberate Mosul, which had been the largest city held by Islamic State.

Despite the mounting pressure and isolation, Kurds continue to celebrate at raucous, flag-waving rallies. Many arrive in cars bearing Mr. Barzani’s portrait. Others have pasted Kurdish flag decals over the word “Iraq” on their license plates. Several Kurdish men have appeared on social media or live TV to burn their Iraqi passports.

Mr. Zebari said there would be no turning back now.

“That would be suicide,” he said. “The end of the Kurdish dream.”