Trending
You are at:Home»Categories»Headlines»On anniversary, can we finally catch Benedict’s point at Regensburg?
By John L. Allen Jr. on 13 September 2016 Headlines

Emeritus Pope Benedict XVI delivers an address in Regensburg, Germany, in 2006, which caused a firestorm of protest across the Islamic world. (Credit: AP.)

Today marks the tenth anniversary of perhaps the most controversial papal speech of the last half-century, delivered by Benedict XVI in Regensburg, and a decade later the central point seems still to be lost in the noise — to wit, the speech wasn’t about Islam but the West.

Today marks the tenth anniversary of perhaps the most controversial papal speech of the last half-century, an address given by emeritus Pope Benedict XVI in Regensburg, Germany, in 2006, which sparked a firestorm of protest across the Islamic world.

In the opening section of the speech, Benedict cited a 14th century dialogue between a Byzantine emperor and a Persian, in which the emperor said provocatively: “Show me just what Mohammad brought that was new, and there you will find things only evil and inhuman, such as his command to spread by the sword the faith he preached.”

Taken in tandem with Benedict’s preexisting image as an arch-conservative and cultural warrior, the citation was shot out of a media cannon with deadly consequences. An Italian nun was shot to death in Somalia, churches were firebombed on the Gaza strip, and the pontiff was burned in effigy in the streets of Ankara.

When he traveled to Turkey just two months later, he was constrained to send signals of friendship with Muslims at every turn, and his spokesmen were almost desperate to insist the pontiff did not intend to launch a new crusade.

Among Vatican-watchers, the speech was taken as a massive stumble, perhaps indicative of a traditionalist pope out of touch with the ethos of inter-religious respect that had already become official Catholic teaching.

Ten years later, there’s a mounting sense that perhaps the world owes Benedict an apology. The rise of the Islamic State, Al-Shabaab, Boko Haram, and other extremist Islamic movements, and the continual waves of terror and barbarism they generate, has created a sense that perhaps it wasn’t Benedict who stumbled by pointing out that Islam has a problem – perhaps it’s Muslims who haven’t responded to the problem adequately.

Lost in the noise, however, is the central thing to know about the Regensburg speech, to wit: It’s not really about Islam at all.

In the 4,500-word address, Benedict devoted barely three paragraphs to the remark quoted above from Manuel II Paeologus, which he used to set up his reflections on the topic, which was “Faith, Reason and the University.” He was trying to make a point about the importance of religion never parting company with reason, and could just as easily have taken his cautionary tale from Hinduism, Buddhism, or, for that matter, Christianity.

Benedict’s real target in the speech is the West, identifying two worrying trends he saw (and no doubt still sees) in Western thought – one inside the Christian church, and the other in the broader culture.

He devoted a significant chunk of the Regensburg speech to tracing the history of efforts at “dehellenization,” meaning to suggest that the use of ancient Greek concepts of reason in the early Church was really just an historical accident, and there’s nothing essential about them to the Christian faith.

Benedict insists that salvation history doesn’t work that way, and that it was providential that the Biblical faith and Greek thought intersected. It marked a fundamental choice by Christianity, he believes, to recognize that reason is intrinsic to God’s nature, and that to act irrationally is therefore to break with God’s will.

Benedict was even more critical of trends in Western culture to regard only the so-called “hard sciences” as truly rational, meaning objective, and to relegate everything else – including morality – to the realm of personal preference and choice.

That’s a disaster, he argued, because it leaves no basis for moral consensus on anything, and thus makes building a real community impossible. If there’s no objective good, then what’s to stop the powerful from abusing the weak, what’s to stop a tyrannical majority from oppressing a minority, and on and on?

He also, by the way, argues that the exclusion of ethics and faith from the realm of reason also damages inter-religious dialogue, because “the world’s most profoundly religious cultures see this exclusion … as an attack on their most profound convictions.”

That, surely, is not the rhetoric of a crusader.

Finally, Benedict argues that there are certain points empirical science presuppose, such as the rational mathematical structure of the universe, that it can’t explain by itself, and it’s not irrational to ask how things got that way in the first place.

“The West has long been endangered by this aversion to the questions which underlie its rationality, and can only suffer great harm thereby,” he said, calling for the “courage to engage the whole breadth of reason, and not the denial of its grandeur.”

Put as simply as possible, Benedict was arguing at Regensburg that the choice for faith is not irrational, and that currents in the West that style it as such are the real enemies of enlightenment and progress.

One can dismiss that argument out of hand, challenge it on certain points, or decide it needs more reflection. What you can’t do, however, is present it as a treatise on Islam and its discontents, because the discontents Benedict was worried about are percolating in a very different part of the world and a different cultural milieu.

On this tenth anniversary of the Regensburg speech, much of the world may indeed owe Benedict an apology, but it’s not for disagreeing with his argument a decade ago … it’s for missing his point entirely.

On anniversary, can we finally catch Benedict’s point at Regensburg? 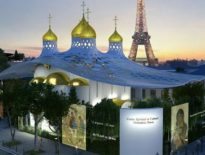 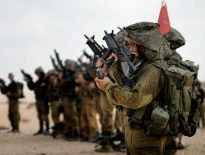 Headlines The War Doctrine Israel Does Not Talk About
0
wpDiscuz
0
0
Would love your thoughts, please comment.x
()
x
| Reply
We use cookies to ensure that we give you the best experience on our website. If you continue to use this site we will assume that you are happy with it.Ok