By CHARLES SALE FOR THE DAILY MAIL

Sheik Ahmad Al-Sabah’s image as the leading powerbroker in world sport has been significantly damaged by his alleged conduct during the FIFA election in Zurich last week.

The president of the Association of National Olympic Committees — acclaimed as kingmaker for IOC president Thomas Bach — not only failed to get his favoured candidate Sheik Salman Bin Ebrahim Al-Khalifa elected, but is also alleged to have broken the IOC code of ethics by using Olympic connections to lobby voters.

It is understood delegates from Hungary, Italy and France, who are all bidding to host the 2024 Olympics, were given promises of support in the Games vote provided they backed Salman in the FIFA one.

Sheik Ahmad’s Twitter account also sent out aggressive comments about Princess Haya, former two-term president of the International Federation for Equestrian Sports, who was in Zurich campaigning for her brother Prince Ali of Jordan.

One tweet read: ‘Sheik Ahmad will hammer the last nail into the coffin of Haya in sport and strip her of every sporting title that was hers and that he helped create.’

Another claimed: ‘Ali and his sister Haya suffer psychologically due to the support of Ahmad for the candidacy of Salman. Princess Haya complains to the ethics committee at the IOC against Sheik Ahmad for his presence at the FIFA elections.’

Meanwhile, Ahmad has yet to explain why he was missing from his FIFA ExCo seat for a lot of the Congress. It has been claimed he was trying to shore up Salman’s support, without success. Ahmad was not available for comment.

by The Daily Mail time to read: 1 min 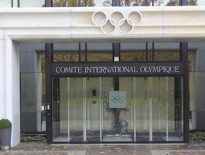 International Sports IOC TO TAKE NO ACTION AGAINST SHEIKH AHMAD 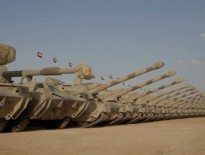 Features Saudi ‘Raad al-Shamal’ exercise looks …
0
wpDiscuz
We use cookies to ensure that we give you the best experience on our website. If you continue to use this site we will assume that you are happy with it.Ok