Trending
You are at:Home»Categories»Commentary»Obama’s false dichotomy: short beards vs. long beards
By Khairallah Khairallah on 16 May 2016 Commentary

By all appearances, the Arab world today looks awash in extremism, but the prominence of violent and regressive elements is, in part, a direct result of the strategy put forth by the White House.  The submergence of the rational voices is, as well, his doing.  In pursuing a single-minded policy of rapprochement with Iran, President Obama has sought to disappear the moderate elements – Sunni and Shia – from the Middle Eastern political landscape.

In his Cairo speech of June 2009, the newly-elected President Barak Obama set out to redefine US-Muslim relations, claiming in follow-up remarks that “the source of the problem in this situation has to do with the United States and countries in the Middle East not communicating effectively.”  Seven years hence, the sole beneficiary of that outreach has been the brutal theocratic dictatorship of the Ayatollahs in Teheran.  They have been the focus of a strategy based on the president’s unfailing belief in himself and in the transformative  power of engagement.  But for that strategy to be proven to be the right and only path, the Iran deal had to work and, just as importantly, the moderate Sunni and Shia elements opposing Iran had to be disregarded, even discredited.

Earlier this year during a visit to Washington, a moderate centrist Lebanese parliamentarian was told by more than one U.S. government official that while America’s allies in the region have problems with the short beards (Hezbollah and Iran) the problem for the United States lies with the long beards (ISIS) The gentleman was advised to adjust to this new reality.  The US policy was engagement with Iran and a distancing from the Sunnis.

In executing this strategic shift, the American president has become a master of the straw man and the false dichotomy.   As he surveys the Middle East, Barak Obama tells us that the United States faces a simple choice between Shia Islamism (represented by the Iranian regime and Hezbollah) and Sunni Islamism.  As the president argues it, only fools or knaves would see things differently:  the Iranian regime and its allies are clearly preferable to ISIS, al Qaeda, and their offshoots.  He plays a game familiar in the region, much like the secular dictators he admonished in his Cairo speech. For decades they kept order by raising the specter of fundamentalism as the only alternative to their autocracy.  The political middle ground was obliterated. Obama, too, speaks past the moderate Arab voices and effectively silences them. But silence is key.  His audience must not hear from the majority of the Shia in the Middle East who are not Islamists and the large number of Iranians who oppose the regime in Teheran.  By his reckoning, there are no other viable partners save the Ayatolllahs and, by extension, Hezbollah.  The Green Movement of 2009 is nothing more than an inconvenient memory.  Likewise, the Sunnis of the Gulf can be painted with the same Islamo-fascist brush as ISIS.  There is no meaningful distinction made between that terror group and the Saudi monarchy.

A moderate Shia alternative to both the Ayatollahs and Hezbollah exists in Iran and Lebanon.  In Iraq, there is no desire for Iranian hegemony.  And the rulers in the Gulf, as well as Saudi Arabia represent a bulwark against ISIS and the obscurantist elements in their own societies.  For the president to acknowledge all this is to undermine the dichotomy he has set up.  Hezbollah and the Iranian regime are more moderate, pliable, and benign forces in the region than are the Saudis and the Emirates. To reject this assertion is to consign the whole of his strategic shift and the sacrifices he made to get there to the realm of folly.

Obama’s engagement with Iran was not just a rhetorical gambit to convince the world of the merits of rapprochement.  The pursuit of a deal impacted every element of Obama’s Middle East policy.  He sacrificed all other regional priorities to appease and reconcile with Iran.

The Obama Administration’s diplomats aggressively engaged in negotiations almost from day one. In a 2010 testimony to the House Committee on Foreign Affairs, William Burns, the Under Secretary of State for Political Affairs, admitted how far back the talks went, saying, “Nearly two years ago, President Obama began an unprecedented effort at engagement with Iran.”  Unprecedented, indeed: no president before him had sacrificed so much to appease this enemy state.

The first challenge to Obama’s policy of engagement with Iran came early in his first term, with Iran’s Green movement of 2009, in which Iranians protested the rigged election of Mahmoud Ahmadinejad  For years, the United States had been supporting democracy and human rights in Iran through State Department funding for pro-democracy journalism and liberal reformers and activists.  Just when the pro-democracy forces in Iran needed support the most, the Obama administration cut off this funding.

Scott Carpenter, a Bush administration State Department official, explained the funding cuts to the Wall Street Journal : “There has been a view within the Obama administration at a senior policy level that this Iran democracy program is a chit, and a chit that can be traded away to the Iranian regime.”  American support for Iran’s democrats was the first casualty of Obama’s Middle East strategy.

The next year, Obama relinquished the gains made in Iraq at the price of so much blood and treasure.  In Iraq’s 2010 election, the hard-line Iran-backed Nouri al Maliki’s bloc won few seats than a non-sectarian rival, and only 14% of Iraqis supported Maliki’s re-election.  Iraq was ready to reject Iranian influence and choose the secular Iyad Allawi as its leader.  Instead, the Obama administration decided to do Iran’s bidding.  The president turned a blind eye to the situation and tasked his Ambassador Chris Hill and Vice President Joe Biden to throw their support behind Maliki. As a result, Iran’s candidate won – Maliki got a second term as prime minister.  The next years were entirely predictable.  The Sunni Awakening – the achievement of General Petraeus – was reversed.  The Maliki government brutally targeted the Sunnis of Iraq and created fertile ground for the emergence of ISIS as a force in the country and beyond.  The Americans had been the honest brokers and protectors of the Sunnis.  Left to the tender mercies of Shia death squads, they turned to ISIS as a last resort.

What happened next in Syria raised the price of Obama’s obsession to levels of horror not seen in decades.  In 2011, the president decided to intervene to topple the regime of Muammar Qaddafi in Libya, but not that of Bashar Assad in Syria. The Syrian regime was killing far more of their own people, the strategic implications of the conflict were far greater, and Syria, not Libya was continuing to fund and encourage terrorism.

In a 2012 Bloomberg article about President Obama’s lack of intervention in Syria, the journalist Jeff Goldberg wrote, “ Nothing would isolate Iran – and its Lebanese proxy, Hezbollah – more than the removal of the Assad regime and its replacement by a government drawn from Syria’s Sunni majority.”  Obama, however, had cast his lot with engagement, not isolation.  He would not directly confront Iranian interests in Syria.

Now that the nuclear deal is signed, its success is hostage to the caprice of the Ayatollahs.  And the president has indicated his willingness to bow to their demands at all costs to ensure that the deal is fully implemented and his policy of engagement vindicated.  In the latest round, this country’s banking system will be opened to use by the regime.

A recent Wall Street Journal article, Dollarizing the Ayatollahs, describes the Treasury Department leaving open the possibility of the Iranian regime directly or indirectly using the U.S. Dollar.  Iran has a long history of financing organized crime and terror groups. Particularly Hezbollah and Hamas.  As a result, they have been closed out of the US banking system and the greenback for years for a wide range of criminal activities from proliferation financing to drug trafficking to money laundering, to name only a few.  In a reversal of policy, Treasury Secretary Jack Lew, speaking in 2016, didn’t rule out removing this prohibition, saying that they want to look at ways “to make sure Iran gets relief.”  The administration is willing to go above and beyond the obligations of the nuclear deal to keep Iran happy – even if it means more money flowing to Hezbollah, Hamas and the Iranian Revolutionary Guards’ Quds Force.

Last month, David Ignatius of the Washington Post wrote an article about the risk of the over-use of sanctions, framed around more recent comments by Secretary Lew.  The Treasury Secretary paints a dire picture of what could happen if restrictions on Iran are not rolled back aggressively, saying that further sanctions would undermine the overall effectiveness of that mechanism as a policy tool.  Lew, and the Obama administration, are willing to use these scare tactics to block Congress and law enforcement agencies from doing anything that might anger their new ally and give them the excuse to exit the nuclear deal.

Obama came into office preaching the transformational value of engagement, in particular with Iran.  And for the last seven years, he has ruthlessly prioritized this engagement over all else. Obama has, indeed, signed a nuclear deal with Iran, but one where the central premise is questionable at best and one that puts the Ayatollahs fully in control.  The onus of good faith is on the United States in prematurely easing the sanctions and not on Iran for breaking international laws. The slightest hint of reproach on the part of Washington bring threats that the regime in Teheran will abandon the deal entirely.  On the other side of the ledger, all the forces of moderation have been sidelined or annulled. The Green movement in Iran was orphaned, Iraq is now the domain of the Quds Force, Syria has been destroyed and the moderate opposition there  left to the onslaught of Iran, Hezbollah and Russia.  ISIS has emerged as a force in the region and the face of Sunni extremism.  A religious sectarian war has taken hold in the Middle East where the traditional allies of the United States in the Gulf are dismissed and maligned and have responded with a new suspicion of American motives. This single-minded obsession with engagement has enriched and empowered Iran and led to an ever-worsening fanaticism, the victims of which will be moderates and minorities. 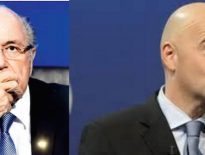 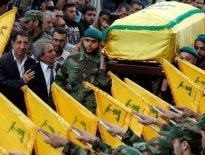 Headlines Hezbollah Knows Exactly Who’s Responsible for Th…
0
wpDiscuz
0
0
Would love your thoughts, please comment.x
()
x
| Reply
We use cookies to ensure that we give you the best experience on our website. If you continue to use this site we will assume that you are happy with it.Ok