If I were an Arab nationalist, I would pray for Benjamin Netanyahu to be extricated from all the troubles that have befallen him. I would also hope he continues to head Israel’s government for many years to come. Netanyahu is the great boon that every Arab nationalist seeks. After all, no one else has managed to bring rot into every corner of this country the way he has.

Uri Avnery, with his sharp political senses, wants Netanyahu ousted from power because he believes he’s “a disaster for the country” (Haaretz in Hebrew, February 26). Avnery is obviously correct in this assessment. Therefore, if I were an Arab nationalist, I’d pray for Netanyahu to escape all his legal troubles and for this “disaster for the country” to remain in power and go from strength to strength, until all the immune systems of the Zionist state go into total collapse.

And so if I were an Arab nationalist, I’d urge all the Palestinians to sit quietly. They don’t need an intifada or resistance. Let Israel and its leader continue to build settlements and completely erase the Green Line. After all, even if an apartheid regime is imposed in the occupied territories, all these steps will ultimately bring about Israel’s demise. It’s the irony of history that the Palestinian nationalists’ one-state vision will actually be realized by someone who denies the existence of the Palestinian people.

They should sit quietly and wait. Israel under the right-wing’s rule will swallow up the entire territory with all its inhabitants. The demographic trend won’t change, and the day will come when the majority in the territory between the Jordan River and the Mediterranean Sea will have its say.

No apartheid system can be sustained over time. Perhaps it will work for 10 years, 20 years, even 30. But when the day comes, all the Palestinians will have to do is speak to the world in a language it understands – the language of equal rights for all residents of this land. There’s light at the end of the tunnel, and any such apartheid regime is destined to be abolished. That’s the law of history.

But I am not an Arab nationalist. On the contrary, I see nationalism of any type, and especially that which rests on religious foundations, as a cursed disease that destroys everything good in man’s body and soul. The battle over this land, which is gradually becoming infected with the nationalist-religious virus, doesn’t leave any possibility of normal life in a single state in which all citizens would be equal.

The inhabitants of this land aren’t Scandinavians. The Arabs aren’t Swedes and the Jews aren’t Danes, so the disciples of Zionism on one hand and the disciples of Palestinian nationalism on the other aren’t headed for the solution of a Scandinavian-style life. In fact, they’re on the path to a Balkan-style clash.

Explosive charges of hate are scattered throughout the length and breadth of this well-guarded land. Therefore, there’s no road to a confederation as a solution. To arrive at a solution of either confederation or a single, normal state – and I doubt this is possible at all, due to the great bitterness and hostility between the two national movements – it would be necessary for each nation to first pass through the stage of national pride in its own nation-state. Only those who have passed through this national stage and understood the pointlessness of nationalism can someday give up this national pride for the sake of a different kind of civic vision.

If I were an Arab nationalist, I’d vote for Netanyahu, the Zionist “disaster for the country,” as Avnery termed him. But I’m not, and as a native of this land and someone who loves it, I fear for all its inhabitants.

The continued rule of Netanyahu and the messianic right will indeed bring disaster down upon Jews and Arabs alike. This disaster must be prevented while there’s still time.
*
Haaretz, March 6, 2018

Netanyahu’s Disastrous Rule Is a Dream for an Arab Nationalist 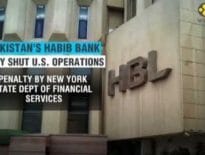 Features Pakistan struggles to get a grip on militancy and … 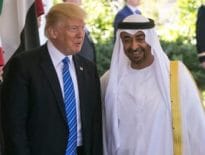 Headlines Mueller Signals Wider Inquiry With Focus on U.A.E.…
0
wpDiscuz
0
0
Would love your thoughts, please comment.x
()
x
| Reply
We use cookies to ensure that we give you the best experience on our website. If you continue to use this site we will assume that you are happy with it.Ok