From outside the pavilion looks like the white sails of a lost sailing ship: it was built by Italo Rotaas a tribute to the dhow, the traditional Kuwaiti boat. You enter walking on a sand-­coloured floor reminding of the desert, and time your passage through a curtain of water that falls at regular intervals. Then, upon entering the room, you see a virtual falcon flying above you and leading you through the Kuwaiti desert, down to the sea and under the water.

Kuwait is one of the 150 countries with a pavilion at Milan’s Expo, a festival that happens every five years, taking place in a different city every time (next time in Dubai).

“Feeding the Planet, Energy for Life” is the core theme of Expo Milano 2015.

The idea of the pavilion is based on the natural characteristics of Kuwait’s land and climate and on scientific and technological research.

The dramatic video at the entrance aims to show to visitors the history and subsistance of a country where pearl hunting and commerce with countries as far away as India and China had been main economic activities.

Then, in another hall, you can see how it rains in Kuwait: clouds gather quickly on the ceiling, special effects reproduce thunder and lightning to explain to the youngest the miracle of life in the desert, a baby giggles on his father’s arms, not scared, and the mirrors on the side of the room show plants appearing in the desert. “This is nature without human beings – says our guide, Mohammad Al Baddah, director of the media Team for the Kuwait Pavilion.

Then we enter a second stage showing what the Kuwaiti society has done. “Because there wasn’t enough water, we built two plants for desalinization and for sewage treatment and, with our will, we were able to produce water in our own country”.

A model of Kuwait city shows how the plant takes water from the sea to make it drinkable while the sewage treatment plant takes dirty water and makes it suitable for plants. Children can go downstairs and appear from the tubes to be part of the show. The model shows the Kifas Research Renter in the desert. “Wind energy, sun energy and other sources of energy”, says Al Baddah.

He says that Kuwait has  no intention to develop nuclear energy plants.

We are part of the desert.

“Even though we were able to develop as a modern city, we will never forget that we are part of the desert”. The pavilion shows the tents where, from January to March, during spring break, when the weather is milder, people go camping with their families in the outskirts of the city.

The final part of the pavilion shows the humanitarian programs and projects financed by Kuwait:  the last conference for Syria collected 3.8 billion dollars in projects to be implemented through agencies of the United Nations.

Along a corridor at the end there is a photo of the Emir with the Secretary General of the United Nations Ban Ki-moon. “In the past, when Kuwaiti men travelled away for 4 months from their families, we used to help one another. Now, we are ready to give help to others”.

The corridor leads to the Suq, which opens among acquariums full of sea bass brought directly from Kuwait: in the market (Suq) you can smell the local perfumes, spices, the bakhour,woodchips soaked in fragrant oils that are burnt in incense burners to perfume the home and clothing. play dames, admire the typical Kuwaiti fabric, the Sadu, and sit in the diwan sipping coffee or eating while tv screens explain different sides of tradition, art and music.

The Kuwait Pavilion is one of the 53 built by countries on the outskirts of Milan. The pavilions are along a main road called Decumano. “A lot of people who are not able to travel to 150 countries can come and experience the food and make friends”. M. al Baddah shows pictures with Italian chefs and with the singer Al Bano.

Expo Milano 2015 is meant as an opportunity to reflect on and seek solutions to the contradictions of our world. On the one hand, there are still the hungry (approximately 870 million people were undernourished in the period 2010­-2012); and, on the other, there are those who die from ailments linked to poor nutrition or to too much food (approximately 2.8 million deaths from diseases related to obesity or to overweight in the same period). In addition, about 1.3 billion tons of foods are wasted every year.

The pavilion is next to the US and near Iran pavilions. The poorest countries – for the first time in the history of expo-­ have been gathered in nine clusters, around products or climate themes.

This is the second Expo in Milan: the first one, in 1906, also inaugurated the fist train between Milan and Paris. The next wil be in Dubai. “We believe that when something happens in the Gulf we are always part of it. We will be very supporticve of Dubai 2020, and our participation will be very big. It will be the first ever done in the region. We are also happy for Qatar that is hosting the 2022 World Cup”, says al Baddah.

Kuwait Pavillion in the Milan Expo: Energy for Life 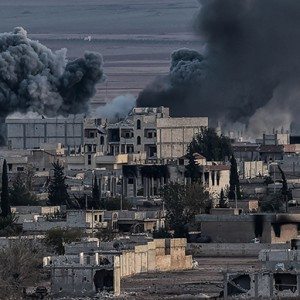 Features The Coalition as Air Force for the Kurdish YPG in … 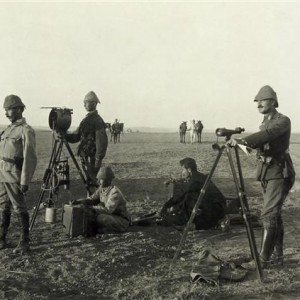 Magazine Turkey in the Middle Eastern ‘swamp’
0
wpDiscuz
0
0
Would love your thoughts, please comment.x
()
x
| Reply
We use cookies to ensure that we give you the best experience on our website. If you continue to use this site we will assume that you are happy with it.Ok