On January 30, Jordan’s King Abdullah arrives in Washington for meetings with the new administration, Congress, and perhaps President Trump himself. The king is a frequent U.S. visitor, but he has never met Trump. Early in the U.S. presidential primaries, Trump tweeted of his “great respect” for Jordan’s monarch, and King Abdullah spoke with him by phone after the election, subsequently describing “the synergy” during the conversation as “very good.” From terrorism to refugees to Syria, Washington has much to discuss with Amman, an increasingly important regional ally and partner in the fight against the Islamic State. Should Trump meet with the king, the optics will undoubtedly be warm, but much of their discussion would likely focus on the administration’s stated intention to move the U.S. embassy in Israel from Tel Aviv to Jerusalem, a rare issue of contention between the United States and Jordan.

WHY THE FOCUS ON JERUSALEM?

To date, Jordan has avoided much of the chaos engulfing the Middle East since the onset of the “Arab Spring” in 2011. In large part that is because the kingdom’s estimated 60 percent Palestinian-origin citizens have not participated in protests focusing on corruption, the anemic economy, or, even the fifteen-year, $10 billion natural gas contract signed with Israel last fall.

Yet Amman is apparently concerned that the Trump administration’s proposed Jerusalem move will touch off mass protests at home. On January 5, Minister of Media Affairs Mohammad Momani called the proposal a “redline” and warned of “catastrophic” consequences should it be implemented. And on January 22, the king discussed the issue with Palestinian Authority president Mahmoud Abbas in Amman, where they “agreed to take a number of measures if the embassy is relocated,” according to the Palestine News and Information Agency (WAFA).

Jordan’s Hashemite rulers — direct descendants of the Prophet Muhammad — have long had a special relationship with Jerusalem, Islam’s third-holiest site. Prior to arriving in Jordan in the 1920s, they were the custodians of Mecca and Medina. In 1950, Jordan annexed the West Bank and declared sovereignty over Jerusalem. Today, the Hashemites continue to derive some of their legitimacy from their guardianship of Islamic sites in Jerusalem. Indeed, the 1994 Israeli-Jordanian peace treaty specifies that “Israel respects the present special role of the Hashemite Kingdom of Jordan in the Muslim Holy Shrines in Jerusalem” and mandates that Israel give “high priority to the Jordanian historic role in these shrines” during final-status talks with Palestinians.

While the king may emphasize the embassy issue while in Washington, his country has more acute problems at the moment. For example, the past year saw a spike in terrorist incidents inside Jordan, raising concerns about increasing domestic radicalization. In December, the kingdom experienced its largest attack in nearly a decade, an assault by homegrown terrorists in the southern city of Karak that killed thirteen and injured thirty-four. Previously, three U.S. soldiers and two American defense contractors were killed over the course of a year by self-radicalized Jordanian military and police officers. The manner in which the kingdom’s special forces, gendarme, and police handled these and other incidents was reportedly subpar, prompting Amman to replace the military’s entire general staff and fire the interior minister. Meanwhile, an estimated 2,500 Jordanians are currently fighting in Syria alongside the Islamic State and local al-Qaeda affiliate Jabhat Fatah al-Sham.

Beyond security concerns, the war in Syria and the influx of more than a million refugees has further undermined Jordan’s already anemic economy. Today, unemployment stands at nearly 15 percent, while GDP growth has stagnated at just over 2 percent. Worse, Jordan’s public debt hit 95 percent of GDP in 2016, even as parliamentarians discussed cutting the budget deficit by 25 percent in 2017. Not including U.S. military and economic assistance, foreign donors are projected to give nearly $1.1 billion to the kingdom over the next year, yet this generous figure nevertheless represents a 10 percent decline from last year. The economic situation is so bad that during a televised sermon on January 20, Jordan’s chief Islamic justice Ahmed Hilayel pleaded for more Gulf financial assistance to save the country from financial collapse. He resigned, or was dismissed, the following day.

Jordanian officials have been busy in the lead-up to the king’s Washington trip. Shortly after Hilayel’s sermon, Minister of International Cooperation Imad Fakhoury attended the World Economic Forum in Davos, where he called on other countries to step up their support for Jordan. While there, he secured a commitment from the European Union to provide $77 million in budgetary support.

And last week, King Abdullah met with Russian president Vladimir Putin in Moscow to discuss regional counterterrorism cooperation, the Syria peace conference in Astana, and bilateral trade. Afterward, the king announced that Jordan shares not only “friendship” with Russia, but “the same vision of bringing stability to our region.” It is unclear what other issues were on the table in Moscow.

Because the U.S. embassy move is a potential headache for the palace, it will no doubt be high on the king’s Washington agenda. But the troubled economy and messy spillover from Syria are no less pressing concerns for Jordan.

For its part, the Trump administration — which has defined its top priority as defeating the Islamic State — needs stability in Jordan and a close strategic relationship with Amman. The kingdom is a major base of U.S. air operations for the campaign in Syria, a key intelligence sharing partner, and a leading Arab ally in the battle of ideas against radical Islam. Recognizing this importance, the United States provided nearly $1.6 billion in military and economic assistance to Jordan last year — a figure that represented more than 10 percent of the kingdom’s annual budget and made it the second-largest recipient of U.S. foreign assistance dollars in the world.

Thus, while the king may urge President Trump not to relocate the embassy to Jerusalem, he might grudgingly acquiesce to the idea if presented with a determined U.S. view — perhaps in exchange for additional U.S. support. Whatever the case, the administration should reassure him that Washington appreciates Jordan’s role vis-a-vis Muslim holy sites in Jerusalem. It should also publicly commit to maintaining the generous U.S. assistance package, and signal a willingness to discuss enhanced military and economic measures to shore up the embattled kingdom, including potential delivery of the advanced drones that Amman says it needs in its counterterrorism fight. Given the turbulence elsewhere in the region, any further U.S. contributions to preserving a stable Jordan at peace with Israel would be a sound investment. 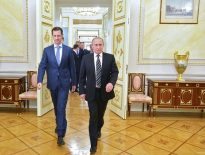 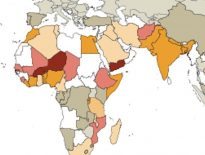 Features About one-fifth of adults globally have no formal …
0
wpDiscuz
We use cookies to ensure that we give you the best experience on our website. If you continue to use this site we will assume that you are happy with it.Ok