The head of Italian intelligence paid a secret visit to Syria earlier this month, a week after his Syrian counterpart visited Rome, according to reports from the Middle East. The Dubai-based newspaper Gulf News, which first reported the alleged behind-the-scenes exchange, said the visits focused on counter-terrorism cooperation between Syria and the European Union.

The paper said that the initial contact was made in late June by Major General Deeb Zeitoun, head of Syria’s General Intelligence Directorate, who paid a secret visit to Rome. General Zeitoun’s visit was allegedly in response to an official invitation issued by the Italian government. The general is believed to have stayed in a secluded private villa, which was provided by the Italian External Intelligence and Security Agency, known as AISE. He subsequently met with several Italian intelligence officials, including AISE Director, General Alberto Manenti.

A week later, Manenti secretly traveled to Syrian capital Damascus, where he stayed for several days. According to Gulf News, General Manenti met with his Syrian counterpart and other senior intelligence officials, as well as with Syrian President Bashar al-Assad. The main purpose of the secret meetings was to explore the potential for enhanced collaboration between Syria and the European Union on counter-terrorism issues. It appears that the Syrian government is willing to share intelligence on citizens of the EU who have traveled to Syria and have joined the ranks of the Islamic State, as well as other al-Qaeda-inspired groups in the country. Damascus is even willing to give EU intelligence personnel access to captured Islamist fighters that are being held in Syrian government facilities.

In return, however, the Syrians are asking that the EU enters negotiations on possibly normalizing diplomatic relations with Damascus. Contacts between the EU and Syria were severely disrupted at the outbreak of the Syrian Civil War and remain officially non-existent to this day. According to Gulf News, the Syrians told General Manenti that full intelligence cooperation in the area of counter-terrorism will ensue as soon as the EU normalizes diplomatic relations with the government in Damascus. The Italian intelligence official is believed to have told the Syrians that Rome will press the EU to move toward re-establishing relations with Damascus, in return for concrete steps taken in Syria toward “political transition” in the war-torn country. 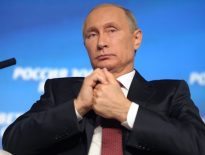 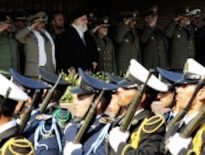 Features The JCPOA and Iran’s Internal Factional Batt…
0
wpDiscuz
0
0
Would love your thoughts, please comment.x
()
x
| Reply
We use cookies to ensure that we give you the best experience on our website. If you continue to use this site we will assume that you are happy with it.Ok