Trending
You are at:Home»Categories»Headlines»Israeli MI Chief: Another War Would Turn Lebanon Into ‘A Country of Refugees’
By Haaretz on 15 June 2016 Headlines

Military Intelligence chief Herzl Halevi said Wednesday that another war with Lebanon’s Hezbollah would be much harsher for the home fronts on both sides.

“If there is another war, Israel will recover and rebuild,” Halevi said at the annual Herzliya Conference at the IDC Herzliya.

“We are a strong society, an advanced society. Lebanon will become a country of refugees that will have difficultly recovering, and Hezbollah will lose its political support base.”

Halevi said further that the next conflict may already be in the making because Syria has resumed manufacturing weapons expressly for Hezbollah, contravening the terms of the United Nations-backed ceasefire that ended the Second Lebanon War in 2006.

“Hezbollah has put its hands here and there on ammunition of the sort it hadn’t had access to previously,” Halevi told the conference.

He  said that Syrian military industries had resumed weapons production, for Hezbollah, adding that these arms were “not for the fighting in Syria, it is weaponry meant for combat against Israel.”

“The world shouldn’t accept this, it is a violation of Security Council Resolution 1701, passed after the Second Lebanon War, and Israel shouldn’t accept it, either. To a certain extent this could move up the outbreak of another round of conflict.”

Halevi said Iran was also providing Hezbollah with weaponry, which he referred to as strategic arms.  He said these transfers were being carried out under the cover of providing aid for the war in Syria, but that some of these weapons are actually being transferred to Lebanon. “This is also something that neither the world nor us should ignore,” he said.

Halevi said the next war would be different from the conflict a decade ago with Hezbollah and the 2014 Gaza war against Hamas and its allies.

“The next war in the north will be essentially different, not just from the Second Lebanon War and Operation Protective Edge, but from the Yom Kippur War and what came before that. In the Yom Kippur War we had a single casualty on the home front from a rocket from Syria,” Halevi said.

“In the next war, it will be a whole different situation. We are stronger than ever in relation to our enemies. We will cope with any challenge. But it’s important to know that the way to achieve this will not be easy or simple. As happens in wars, there will be a price.”

Regarding Israeli intelligence on Hezbollah, Halevi said: “I say with all due caution that I think that never before has an army known as much about its enemy as we know about Hezbollah. But the next war will not be simple or easy.”

Halevi also mentioned the January 2015 incident in which two Israeli soldiers were killed by Hezbollah fire.

“It’s not certain that Hezbollah understood the full potential for casualties in this incident,” he said. “If it had, the response would have been different … and today on the radio we’d be talking about the third war with Hezbollah.”

Halevi said Israel was still clearly the strongest player in the region.

“Maybe because of the Holocaust we still carry this feeling of persecution … but in the region we are perceived as very, very strong, as aggressive and unpredictable and very powerful,” he said. “It’s very important to preserve this asset.”

Israeli MI Chief: Another War Would Turn Lebanon Into ‘A Country of Refugees’

by Haaretz time to read: 2 min 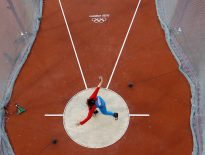 Features Even With Confession of Cheating, World’s Doping… 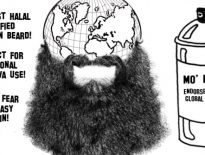 International Sports Men’s hair takes centre stage in battle over leg…
0
wpDiscuz
We use cookies to ensure that we give you the best experience on our website. If you continue to use this site we will assume that you are happy with it.Ok