1. The only way to get clean, dope-free sport is for fans around the world to switch off the Rio de Janeiro Olympics:

I do not write this lightly. Nor do I write about the rampant corrupton of the Brazilian construction industry, the potential spread of the Zika virus, the dangerous raw sewage that some of the athletes are being forced to compete in, the violence of the local police/criminals, the bulldozing of poor neighbourhoods or any of the other crises which surround this particular Olympics.

I write that fans should not watch the Rio Olympics because the scandal around Russian doping is about the integrity of the very sports events themselves. Thanks to the cowardice of the International Olympic Committee (IOC), no independent observer, athlete or official can have faith that these events are being run honestly or that the non-doped athletes will win.

Unless sponsors and broadcasters take a serious financial hit, doping will continue to be entrenched in sports.

Many people, correctly, point out that there is lots of doping by lots of athletes from lots of other countries. However, this situation is not Ben Johnson and the other sprinters of the 1980s. Nor is it equivalent to Lance Armstrong and the doped up peloton in cycling of the early 2000s.

Independent investigations sponsored by the World Anti-Doping Agency (WADA) have shown that inside much of Russian sport was an organized, state-sponsored, doping-enabling system. Its reach across numerous sports was extraordinary. It helped fake test results. At times, it blocked independent testers from reaching potentially doped athletes. It established entire fake laboratories and made a mockery of any effective anti-doping regime. It also had the backing of members of the state security service, the successors to the KGB, the FSB.

However, the IOC has effectively overturned the results of those two investigations and allowed Russian athletes to participate in the Rio Olympics. The IOC has also allowed some of the Russian officials who failed to stop this doping-enabling system to be at the Rio Olympics.

3.  This is an unprecedented crisis in sports:

On Sunday July 31st, the leaders of thirteen national anti-doping associations – the people who are in charge of ensuring that their countries are drug-free – wrote an open letter to the IOC, published inThe Guardian. In the letter (printed below), they said that the IOC has failed. They point out that there had been a perfectly acceptable way of ensuring that clean Russian athletes could have participated in the Rio Games. This system could have been put in place in the time needed and would have guaranteed an Olympics with mostly clean athletes. Instead, the IOC chose to implement a system riddled with political pressure, complicity and with little regard for the science of anti-doping.

4. There is no credibility left in these Rio Olympics:

Currently, there is no way that a clean athlete at the Rio Olympics can have any faith in the system. The dopers have been rewarded. Sadly, not a single Russian athlete will be credited with having won fairly, if they win at these games.

No Russian sports official has been banned. Some of them organized and ran their state sponsored doping regime: some OF them allowed it to happen: some of them were so stupid that they did not see it occurring. Those Russian sports officials will be at Rio. They will be given privileged access to the Olympic sites. What kind of message does that send to clean athletes, when these characters are prancing around being feted by the organizers?

There is a Hollywood movie of courageous redemption at the centre of this scandal. Stepanova was a championship-winning middle-distance runner. She was part of the doping system of the Russian track and field team. She was caught. Then an official came to her and said that if she paid the corrupt officials money, they would make her positive doping result go away. At this point, Stepanova and her husband got angry. They strapped on hidden cameras and taped much of the Russian sports doping system. The footage was shown on German television and made waves around the world. The Stepanovas were also helpful in the WADA-sponsored investigations.

The Stepanovas have now fled to the United States and are living in hiding. They have good reason, as parts of the Russian sports establishment have had direct relations with the mafia and a number of Russian anti-doping officials have died under suspicious circumstances since the scandal came to light. During this time Julia Stepanova continued to train. Now she runs clean. She has taken numerous drug-tests. She still runs at an Olympic level. Her goal is to compete at the Rio Olympics and show to the world that a runner does not have to dope to win.

What a story. Is there a neutral who would not tune into the women’s middle-distance races and cheer Stepanova on?

WADA and the leaders of the thirteen national anti-doping associations have pleaded with the IOC to allow Stepanova to participate under a neutral flag. However, the Russian officials have sworn that she will never again participate as a Russian athlete. The IOC has helped the Russians. They havespecifically banned Stepanova from participating. They claim that she is not ethical enough. The real message for any other potential whistle-blower is ‘Shut up. If you talk, we will get you somehow.’

No one can seriously think that if a similar situation of government sanctioned doping had been uncovered in a less-powerful nation – Kenya? Ethiopia? Jamaica? China? Ireland? Canada? – those countries would not have been banned. What we have witnessed over the last few months is the IOCtwisting themselves into a pretzel to allow a powerful country to break the IOC’s own sporting rules.

If you cannot stand to miss the entire Rio Olympic games – watch only one or two events. Then switch off and go to the movies. Do let the sponsors and TV broadcasters know.

9.  Where are the sponsors and TV broadcasters in the fight for clean sport?

Just one TV contract for the IOC (the American broadcaster, NBC), is worth more than 1 billion dollars. The annual budget for WADA, the institution leading the fight for clean sport around the world, is less than $30 million dollars a year.

The sponsors and broadcasters make billions by telling stories and showing images of courage and beautiful young athletes. Where is their money to help protect sports? If they gave a small percentage of their total advertising budgets directly to WADA, sport would be truly protected.

Finally, lets state the obvious. Russia is full of intelligent, creative and hard-working people. Its artists, musicians, authors, dancers, military men and athletes – from Alexander Pushkin, Alexander Solzhenitsyn, Rudolf Nureyev, Issac Levitan, Marshall Zhukov, Lev Yashin, General Kutuzov and many others – are inspirations. Yuri Gagarin’s – Poyekhali! – is a personal motto of courage for millions of people in difficult circumstances. Much of the western media coverage around Russian geo-politics or Vladimir Putin is one-sided nonsense.

Sadly, this is not true in this particular sports doping case. The Russian people, their athletes and their history have been betrayed by corrupt sports officials. If we truly want to help clean athletes, Russian and others, we should switch off the Rio Olympics.

We represent 13 national anti-doping agencies (Nados). Every day, it is our job to inform and educate, investigate, and drug test elite athletes in our respective countries as part of a coordinated global effort to ensure a level competitive playing field for aspiring Olympic and Paralympic athletes.

Earlier this month, two days after the findings on Russian doping were issued by independent investigator Richard McLaren, we wrote IOC president Thomas Bach with a simple and effective three-step plan for the IOC to protect the integrity of the Rio Olympic Games.

We asked the IOC to: (1) Suspend and exclude the Russian Olympic Committee from Rio; (2) As a consequence of that suspension, provisionally deny entry to all Russian athletes nominated by the ROC to participate in Rio; and (3) Mandate the existing joint World Anti-Doping Agency-IOC pre-Games testing taskforce to apply a uniform set of criteria to determine whether individual Russian athletes should be permitted to participate in the Rio Olympic Games under a neutral flag.

These simple steps are fully consistent with Wada’s recommendations that followed the McLaren Report and could have been easily implemented by the IOC. It is noteworthy that the International Paralympic Committee has chosen to follow Wada’s recommendation and has begun suspension proceedings to exclude the Russian Paralympic delegation from Rio.

Through its response to the Russian doping problem, which has been percolating for some time, the IOC failed to protect the rights of clean athletes. In so doing, the IOC departed from the tough stance on doping it has previously endorsed, including its prior commitment to “zero tolerance” for doping and to apply the “toughest sanctions available” for what the IOC described as an “unprecedented level of criminality.

Instead, the IOC issued a confusing patchwork of conflicting and insufficient instructions to international sport federations (IFs). The IOC’s hasty and ill-considered directives are legally infirm and have already resulted in an uneven and incomplete response from IFs. By leaving to IFs the responsibility to exclude individual Russian athletes, the IOC ignored that most IFs do not have a ready legal framework for making these decisions.

In contrast, had the IOC used its authority under Article 59 of the Olympic Charter to suspend the ROC, a fairer and more transparent outcome would have resulted. The IOC could have handled the question of Russian athlete participation with a uniform set of guidelines that would have provided the advantages of clarity, consistency and transparency, while avoiding the legal quagmire into which the IOC has cast the 28 International Federations.

By throwing eligibility decisions to IFs without clear guidance and without requiring a minimum level of evidence to demonstrate that Russian athletes have been subject to an adequate advance testing programme, the IOC has violated the athletes’ fundamental rights to participate in Games that meet the stringent requirements of the World Anti-Doping Code. The IOC’s plan affords no guarantee that Russian athletes competing in Rio will have been sufficiently and regularly drug tested under a code-compliant testing programme. Because the benefits of doping can persist for months and even years after banned substances are no longer detectable, there can be no confidence that recent testing will prevent Russian athletes from reaping the ill-gotten rewards of a state-sponsored doping programme. Yet, the IOC’s approach allows Russian athletes to compete based on no consistent standard – while some may have a clean recent test, others may come with no screening at all.

Through its mishandling of this issue, the IOC has departed from the foundational principles of the World Anti-Doping Code to which the governments of the world and all stakeholders in the Olympic Movement have committed. The IOC rebuffed the recommendations offered by Wada, and each of the 13 Nados signing the letter, and failed to exercise their authority to implement the three-step plan we offered to protect the rights of clean athletes competing in Rio.

The IOC has demonstrated through these actions that, as an organisation made up of national and international sport leaders, it lacks the independence required to keep commercial and political interests from influencing the tough decisions necessary to protect clean sport. A radical change is needed to ensure that such a failure never occurs again.

The Op-ed has been written and endorsed by the heads of 13 National Anti-Doping Organisations around the world: Austria, Canada, Denmark, Finland, Germany, Japan, Netherlands, New Zealand, Norway, Poland, Sweden, Switzerland, US.

Please go to The Guardian to see more excellent coverage of this issues.

If You Love Sports, Switch Off the Rio Olympics 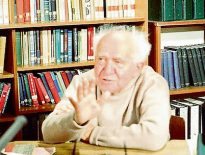 Features Ben-Gurion: ‘Since Paula died, I’ve be…
0
wpDiscuz
0
0
Would love your thoughts, please comment.x
()
x
| Reply
We use cookies to ensure that we give you the best experience on our website. If you continue to use this site we will assume that you are happy with it.Ok