Trending
You are at:Home»Categories»Features»How the failed Turkish coup helps Putin
By Anna Borshchevskaya on 19 July 2016 Features

The coup attempted in Turkey this past weekend against President Recep Tayyip Erdoğan mattered for Russia, and for Russian President Vladimir Putin in particular, for many reasons — it resonated in the pro-democracy community, and raised questions about Putin’s next steps in the Middle East, and the future of Russia-Turkey relations.

Putin and Erdoğan spoke on the phone this weekend. Reportedly, Moscow initiated the call. It came as no surprise that Putin stressed in his conversation with Erdoğan, according to Russian Foreign Minister Sergei Lavrov, “a principal position of unacceptability of government coups, be it in Turkey, Ukraine, Yemen or anywhere else.” Putin fears any coup that attempts to overthrow an authoritarian because he fears it might serve as an example for his own people. He is also convinced that the West was behind massive protests in late 2011 to early 2012 against his return to his third presidency, color revolutions throughout the post-Soviet space and the Arab Spring uprisings in the Middle East.Predictably, one member of Putin’s United Russia party, Shamsail Saraliyev, said that the U.S. is behind the coup in Turkey — the recent improvement in Russian-Turkish relations and the renewed flood of Russian tourists to Turkey were inconvenient to the U.S., according to this view. “Therefore, it would be good for Turkey right now to reset its relations with everyone — primarily with Russia, its strategic partner,” he concluded. Press reports indicate Putin and Erdoğan. will meet again in early August.

But many in Russia understand that the coup is no one’s fault but Erdoğan’s. Some reportedly called on social media for a similar coup in Russia, though it appears such calls hardly yielded any traction. Some compared Erdoğan to former Ukaine’s former President Viktor Yanukovych, whose corrupt and increasingly anti-democratic rule led to mass protests in Kiev’s Maidan in 2012-2013. Others compared the Turkish coup to the failed Decembrist revolt in Russia in 1825 against Russian Czar Nicholas I, or the failed coup against Hitler in June 1944. A discussion also ensued of whether true democratic reform can be brought about only through peaceful democratic methods.

Prior to the Syrian crisis that began in 2011, Putin and Erdoğan could not have been closer. Russian and Turkish sources said Putin and Erdoğan used to meet together behind closed doors, without anyone else present. Both are anti-democratic authoritarians who promised to bring stability and economic prosperity and implicitly asked their people to give up their freedom in exchange. In many respects, both had luck on their side and presided over many short-term economic improvements. Both went after the free press as the first order of business and continually crack down on domestic civil society.

Turkey’s future remains uncertain, but Putin is a master at turning such situations to his advantage, so we can count on more Kremlin opportunism. Putin will present himself as friend of Erdoğan, while at the same time likely pressure him to move closer to Russia on a number of fronts, and in particular changing his Syria policy in Russia’s favor. This will now be easier than prior to the coup. According the BBC’s Russian service, citing the Russian publication Kommersant, Ruslan Pukhov, director of the Centre for Analysis of Strategies and Technologies (CAST), said that both Putin and the Syrian president, Bashar Assad, whom he supports, will benefit as a result of the coup. “Erdoğan will have neither the energy nor resources to help pro-Turkish oppositionists in Syria,” he said.

At the same time, Kremlin-controlled press will conveniently forget Moscow’s close historical ties with the Kurds, and that only in December of last year, for example, Moscow hosted Selahattin Demirtas, co-chairman of the pro-Kurdish Peoples’ Democratic Party (HDP), who was critical of Turkey shooting down a Russian jet in November 2015. So Putin will retain flexibility while presenting himself as an ally, and help Erdoğan to move away from the West.

Longtime Middle East expert Alexander Shumilin, director of the Center for the Analysis of Middle East Conflicts at the Russian Academy of Sciences’ Institute for U.S. and Canadian Studies, told me in an email he also thinks the failed coup will likely bring Russia and Turkey closer together. A number of events point to this, he says, such as the fact that Erdoğan said the coup organizers were the same ones who shot down the Russian plane in November 2015, Erdoğan’s harsh response to the coup may complicate his relations with the West, and repressions in the army “may mean taking off the agenda the possibility of ‘Plan B‘ in Syria (together with Saudi Arabia).”

Prominent Russian analyst Lilia Shevtsova notes that Erdoğan, knowing that the West needs Turkey and its air bases, is “blackmailing” the West into ignoring his harsh repressions. She says that authoritarians of the world are watching how the West responds. “What the Turkish leader is doing will become textbook for other leaders, dreaming of absolute power,” she concludes, “while the West is thinking how to respond … thinking slowly.”

Borshchevskaya is the Ira Weiner fellow at the Washington Institute for Near East Policy. 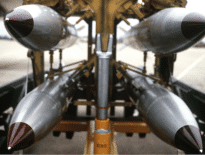 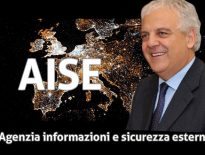 Features Italian spy chief paid secret visit to Syria: news…
0
wpDiscuz
0
0
Would love your thoughts, please comment.x
()
x
| Reply
We use cookies to ensure that we give you the best experience on our website. If you continue to use this site we will assume that you are happy with it.Ok