PARIS — President François Hollande called the terrorist attacks that killed 127 people in Paris on Friday night an “act of war,” and blamed the slaughter on the Islamic State.

Mr. Hollande did not specify what intelligence the authorities had gathered to established the Islamic State’s involvement.

The Islamic State on Saturday claimed responsibility for the attacks, calling them “miracles” in a statement released by one of its publications and distributed on Twitter — a claim that could not be independently verified.Stricken with shock and grief, Parisians rose Saturday to a state of national emergency, with public transportation hobbled and institutions — schools, museums, libraries, pools, food markets — all closed.

The authorities continued to look for possible accomplices of the eight attackers known so far, all of whom died on Friday: seven by detonating suicide bombs and one in a shootout with the police at a concert hall, the Bataclan, where gunmen methodically killed at least 80 people.

Dozens of others died in apparently coordinated attacks outside the Stade de France, where the French and German soccer teams were playing an exhibition match, and four other restaurants and bars in the city. Nearly 200 others were wounded, at least 80 of them in critical condition, French television reported.

Foreign Minister Laurent Fabius, meeting in Vienna on Saturday with Secretary of State John Kerry and other top diplomats to discuss the crisis in Syria, said the attacks highlighted the urgency of the talks. “It is more necessary than ever in the current circumstance to coordinate the international fight against terrorism,” he said.

The casualties, in what Mr. Hollande called an “unprecedented” assault, eclipsed by far the deaths in Paris during the massacre at the satirical newspaper Charlie Hebdo and related attacks around the French capital by Islamic militant extremists in January. His government announced sharply increased border controls and heightened police powers as it mobilized 1,500 soldiers to guard the capital.

The Friday attacks threatened to further traumatize France and other countries in Europe, elevating fears of religious extremism and violent jihadists who have been radicalized by the conflicts in Syria and elsewhere in the Middle East and North Africa.

And with the police still staking out the six crime scenes, France was left grappling once again for answers to a string of questions, beginning with who had carried out the attacks, whether they had accomplices who remained at large, and how a plot of such sophistication and lethality could have escaped the notice of the authorities.

“We are going to try to determine what happened, determine what the profiles of these terrorists are, find out what their course of action was, find out if there are still accomplices or co-attackers,” said François Molins, the public prosecutor for Paris.

Parents whose children slept through the ordeal were facing the delicate task of trying to explain what had happened, and why so many planned activities canceled and public spaces like museums, schools and libraries closed.

Liz Kashani, a Californian who has been in Paris since Wednesday, said she had gone out for dinner Friday night and had no idea about the attacks until worried friends and relatives began checking up on her from the United States. “We’re concerned,” Ms. Kashani, who was scheduled to fly back later Saturday, said as she waited for her coffee at a bakery-cafe in the affluent seventh arrondissement, far from the violence.

She and her traveling companion had slept little and were planning to arrive early at the airport. “We don’t know what to expect, and we’re so saddened for everybody,” she said. “We remember how we felt back in September 2001. It’s a horrible feeling.”

The owner of the bakery-cafe, who asked that her name not be used, laughed when asked how she had slept. “Oh, really well,” she smiled, brushing a lock of hair from her face. “It’s going to be a long day.”

“What you are doing in Syria, you are going to pay for it now,” one of the gunmen shouted, a witness said.

Ambulances were seen racing back and forth in the area into the early hours of Saturday, and hundreds of survivors were evacuated in police buses. French television said Paris hospitals were overwhelmed with wounded.

An explosion near the sports stadium, the Stade de France, which French news services said was apparently a suicide bombing, occurred as the German and French national teams were playing a soccer match, forcing a hasty evacuation of Mr. Hollande. As the scope of the assaults quickly became clear, he convened an emergency cabinet meeting and announced that France was placing severe restrictions on its border crossings.

“As I speak, terrorist attacks of an unprecedented scale are taking place in the Paris region,” he said in a nationally televised address. “There are several dozen dead, lots more wounded. It’s horrific.”

Mr. Hollande said that on his orders the government had “mobilized all the forces we can muster to neutralize the threats and secure all of the areas.”

Expressions of sympathy and resolve continued to pour in from world leaders, including the heads of government of Belgium, Burundi, Canada, India, Malaysia, Mexico and Spain.

Chancellor Angela Merkel of Germany gave an emotional address on Saturday pledging solidarity with the French government and people, and calling on Europeans to stand together in defiance of an attack on the liberties the continent represents.

“We, your German friends, we are so close with you,” said the chancellor, dressed in a black suit. “We are crying with you. Together with you, we will fight against those who have carried out such an unfathomable act against you.”

“Those who we mourn were murdered in front of cafes, in restaurants, in a concert hall or on the open street. They wanted to live the life of free people in a city that celebrates life,” she said, her voice breaking. “And they met with murderers who hate this life of freedom.”

Prime Minister David Cameron of Britain said he was “shocked” by the attacks and called a meeting of the government’s Cobra emergency committee in the wake of the attacks.

The main shooting broke out at around 9 p.m. at the Bataclan, where the American rock band Eagles of Death Metal was among those playing.

A witness told BFM television that he heard rounds of automatic rifle fire and someone shouting “Allahu akbar!” at the Bataclan.

Despite the increased border security, air travel in and out of Paris appeared to be unaffected. Officials at Roissy-Charles de Gaulle Airport confirmed that flights had not been suspended, although security had been heightened significantly. Both departing and arriving passengers and baggage were being screened thoroughly.

Germany’s interior minister, Thomas de Maizière, said early Saturday that he had offered to send military assistance to France if requested. “I am in close contact with my French colleague and have offered assistance through German special forces,” he said in a statement.

Loretta E. Lynch, the United States attorney general, also offered help. “We stand in solidarity with France, as it has stood with us so often in the past,” she said in a statement. “This is a devastating attack on our shared values, and we at the Department of Justice will do everything within our power to assist and work in partnership with our French law enforcement colleagues.”

While the police in American cities, including New York and Washington, said they were following the events, there was no indication of possible attacks planned in the United States.

“We will not hesitate to adjust our security posture, as appropriate, to protect the American people,” the F.B.I. and Department of Homeland Security said in a statement.

American and European counterterrorism officials were reviewing wiretaps and other electronic surveillance records, but a senior American security official said there was no immediate indication that there had been suspicious chatter or other warning signs before the attack.

Unlike the attacks against Charlie Hebdo and a kosher supermarket in January, terrorism experts said, the attacks on the targets on Friday had no apparent rationale. Instead, assailants appeared to strike at random in hip neighborhoods on a Friday night when many people would be starting to enjoy the weekend.

“It’s a Friday night, and there’s a lot of people out, a lot of tourists out,” said a senior European counterterrorism official. “If you want maximum exposure, you do it like this, in the dark, when it’s scarier and more difficult for police to act.”

Hollande Blames ISIS for ‘Act of War’ on Paris 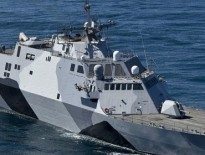 Features The ‘Spruance’ Precedent
Commentary Russia’s Syria Propaganda
0
wpDiscuz
0
0
Would love your thoughts, please comment.x
()
x
| Reply
We use cookies to ensure that we give you the best experience on our website. If you continue to use this site we will assume that you are happy with it.Ok