Trending
You are at:Home»Categories»Features»France Is at War in Yemen, Photos Indicate
By War is Boring on 22 August 2016 Features

Satellite imagery suggests that French war materiel, if not French personnel, is supporting the Saudi-led war in Yemen. If confirmed, it represents a previously unreported escalation of French support.

The satellite imagery, some of which Google Earth published recently, shows two unique hangars deployed on an expanded parking apron at the Eritrean airport of Assab. The hangars match those of other known French deployments.

How they ended up at the airport remains an interesting question. Given recent developments between France and the Gulf Cooperation Council countries, it appears France is deepening its relationship with the region in a substantive way.

In 2015, Saudi Arabia launched a military intervention in Yemen after the Houthi rebels forced Western-backed president, Abd Rabbuh Mansur Hadi, from the capital of Sanaa.

Despite numerous groups vying for influence — notably Al Qaeda in the Arabian Peninsula and ISIS affiliates — the Iranian-backed Shia movement remains the greatest threat to the regional power.

In response, the Kingdom enlisted a coalition of states including GCC members, particularly the United Arab Emirates, Bahrain, Kuwait and Qatar. Other states including Egypt, Jordan and Sudan also sent military support while the United States provided aerial refueling tankers and intelligence for targeting.

The Saudi coalition’s espoused mission — restore Hadi to power as the legitimate, U.N.-recognized head of state.

The jury is still out whether Saudi Arabia and company can accomplish its goal, let alone maintain the relatively limited gains achieved to date. Some commentators see the Yemen campaign as another Vietnam, a grim outcome.

Chapter VII sanctions imposed under U.N. Security Council Resolution 2216 provide little in way of effect, and violations during this year’s ceasefire remain too high to count.

By all appearances, things are getting worse. The lack of progress toward a unity government peaked last month when the Shia movement announced the formation of a 10-member “Supreme Council” to govern territory it controls.

Put simply, the peace talks taking place in Kuwait are effectively failing. The U.N. special envoy suspended talks, to be resumed at an unspecified date. As a political solution slips farther from reach, the return of military action targeting the Houthis is in full swing, despite brief moments of calm.

One chief Saudi partner is well poised to continue providing military support — recent public positioning aside. Satellite imagery shows that the UAE is in the process of constructing a naval port just outside Assab’s airport in Eritrea. Jane’s outlined the developments in February and April issues ofDefense Weekly.

Imagery from 2016 continues to show the landing craft at the existing Eritrean port, approximately 10 miles south of the airport. Imagery as recent as April showed the craft docked at the port, fully loaded.

A review of historical imagery shows corresponding activity at the airport in Assab. According to space photography, cargo aircraft from both the UAE and Saudi Arabia touched down at the airport since the beginning of the year, and probably prior.

While these aircraft were likely from the UAE, March imagery in Google Earth shows a Hercules painted in desert camouflage parked on the southeast turnaround. The desert camo pattern is consistent with C-130s in Saudi inventory. While we currently lack an estimate of the overall flight activity occurring at the airfield, imagery revealed the addition of nine new portable fuel bladders since operations in Yemen began.

While imagery observations of Assab fit the bill of a coalition transshipment hub, the French hangars still remain unexplained. Recent developments between France and the GCC states, however, provide some insight. Since Yemen operations began, France announced political support for the Saudi coalition as early as April 2015 when Foreign Minister Laurent Fabius met with his Saudi counterpart.

The following month, French president Francois Hollande attended the GCC-France summit and launched a strategic partnership with the group. During his speech, Hollande made several statements that reinforced France’s political commitments to the coalition, while others suggested the French head of state was prepared to extend military support.

“France was and will always be your friend,” Hollande said. “It is determined to remain a strong, credible and reliable ally and partner. We are faithful to our friends and to our commitments. France never hesitates to do the right thing, even if it is military action.”

Despite the speech, no reports mention French troops supporting the conflict. Nevertheless, there are telltale signs that the two may be working more closely than previously believed. For example, in March 2016 Hollande extended the country’s highest honor, the Legion of Honor, to the Saudi Crown Prince in a low key event at the Palais de l’Élysée.

While downplayed in the French press, the Saudi Press Agency reported that parties “reviewed bilateral relations … and ways of enhancing and developing them in all fields, particularly joint cooperation for combating extremism and terrorism.”

While the statement remains vague, it hints at a deepening relationship and a growing strategic relevance for the western European country, one moving beyond the mere supply of arms.

If France is helping the Saudi coalition, it would not be the first time French troops deployed in secret. During Operation Serval, the French military intervention in Mali, French troops were on the ground prepping the battlefield from neighboring Niger well before operations publicly commenced.

Satellite imagery showed that France began constructing a drone apron in Niger as early as October 2012, before the political mechanics of the international system were underway. Security Council Resolution 2085, which authorized force, passed only in late December.

October was also the month that imagery captured an An-124 strategic airlifter touching down in neighboring Chad, unloading additional helicopters at N’Djamena. Such activity suggests France was prepositioning equipment. It was later reported that France contracted the An-124s to bridge its airlift capacity gap.

More recently, the death of three French soldiers in the downing of their helicopter by local militants in Libya put a spotlight on France’s role in that country. Prior to the event, observers of the conflict noted signs of a French presence at Benina airport.

Chief among them was satellite imagery analyzed by AllSource Analysis and published through Stratfor in March which showed improved security measures at the civil-military airport. However, it was only after the militant group the Benghazi Defense Brigades started flashing handhelds of a French soldier’s body online that Hollande acknowledged their involvement.

In a statement that perhaps even speaks to a French role in Yemen, government spokesman Stephane Le Foll told the press at the time that “special forces are there, of course, to help and to make sure France is present everywhere in the struggle against terrorists.”

And everywhere appears to include Yemen. For France, 2015’s Charlie Hebdo massacre magnified the country’s importance after AQAP claimed responsibility for the attack. Two of the attackers, Cherif and Said Kouachi, traveled to Marib to receive training from the terrorist group. For observers, it comes as little surprise that as France re-engages militarily with the region, it also becomes the target of more terrorist attacks.

The country’s strikes against Islamic State in September 2014, represented the first intervention in the region since patrolling Iraqi skies with the United States and the United Kingdom, prior to the second Iraq war. As Yemen’s civil war rages, AQAP continues to gain operating space and influence in the country.

For France, the United States and the GCC states, Yemen is now a focal point for regional instability and a problem requiring further attention as satellite imagery continues to attest.

France Is at War in Yemen, Photos Indicate

by War is Boring time to read: 6 min 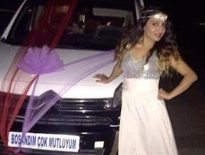 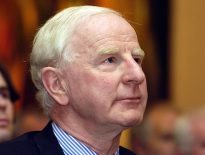 International Sports Ireland’s Rio disgrace as Pat Hickey, head of Ol…
0
wpDiscuz
We use cookies to ensure that we give you the best experience on our website. If you continue to use this site we will assume that you are happy with it.Ok