As in the case of Koweit, the House of Commons is taking the initiative in reforming football associations. However, the FIFA does not threaten to impose a “ban” on UK participation. What constitutes “government interference” in Koweit is not considered as such in the UK!

The Culture, Media and Sport Select Committee will examine whether the FA can “comply fully with its duties”.

Whether reform is impossible within the FA’s structure will be looked at on 9 February and new laws may be proposed.

In July, sports minister Tracey Crouch said the FA would lose its £30m to £40m of public funding if it did not reform.

Then, in December, Crouch said that the government would bring in legislation to force through reforms if the governing body did not make changes itself.

Committee chairman Damian Collins MP revealed on Friday that the FA had been given six months to meet the government guidance on best practice for sports governance but had failed to do so.

That guidance called for things such as a move towards gender equality on boards, more independent oversight, more accountability and term limits for office bearers.

Collins said: “We do not believe the FA will comply voluntarily: it can survive easily without the government’s contribution of money to grassroots sport, and there are powerful vested interests that refuse to accept the right of all those involved in football to play a role in the governance of the sport.

“We are therefore preparing a draft bill to bring the structure of the FA, especially its board and council, more into line with modern company practice and the government’s guidelines for sports bodies.”

What do the FA say?

“We are aware of the discussions next week. The government announced a code for governance for sports’ governing bodies last year and we are working to their timeline for implementation later in the year.

“Football, like all sports, is following due process and we remain committed to working with the government towards compliance with the code.”

How did it get to this point?

The motion comes after five former FA executives said the governing body had failed to “self-reform”.

In a letter to committee chairman Collins, David Bernstein, David Davies, Greg Dyke, Alex Horne and David Triesman described it as outdated, held back by “elderly white men” and unable to counter the power of the Premier League.

Among the points made by the five former FA executives are:

Collins responded by saying the committee “shares your concern” and confirmed a draft bill to deliver the necessary reform was being prepared.

And in an interview with the BBC in December, the committee chairman added that: “We feel now that time has run out. We no longer have any confidence that the FA can or will reform itself.”

While Collins and his select committee may draft legislation, it would still need government backing for it to be passed – and previous governments have not previously showed signs of supporting any new law to enforce reform.

Fifa has taken action on government’s interfering in the affairs of other football associations in the past.

The committee is ratcheting up the pressure by bringing this debate. It has grown weary of the FA failing, as it sees it, to modernise sufficiently.

Football’s own parliament, the FA Council, is seen as grossly unrepresentative of those involved in the game. The FA board has one female representative in Heather Rabbatts but the hope is that will soon change – two additional women are expected to join an expanded 14-person board by the summer.

Negotiations and implementing reforms within the Council may be trickier, though.

FA officials will sit down with the government in April to show their plans and a timeline for achieving them, as mandated by last year’s Code of Sports Governance. At risk is their funding and, potentially, financial guarantees from Whitehall to bid for future World Cups or the European Championship.

Next week’s debate will undoubtedly antagonise relations between the FA and MPs.

Privately, there’s a degree of frustration and anger within Wembley over being labelled as, effectively, not fit for purpose. To that end, it hasn’t gone unnoticed by some that the committee of MPs calling for change currently constitutes one woman, 10 men and has no black and minority ethnic representatives.

Senior figures do admit there is plenty of work to be done to improve diversity within English football governance. But they are also proud – and will defend – their work on inclusion, investing money, improving grassroots facilities and promoting the sport at all levels.

Football Association: Parliament to have ‘no confidence’ debate 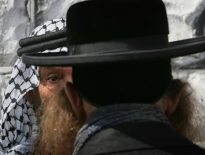 Commentary Moving the U.S. Embassy to Jerusalem: Beyond the O…
0
wpDiscuz
0
0
Would love your thoughts, please comment.x
()
x
| Reply
We use cookies to ensure that we give you the best experience on our website. If you continue to use this site we will assume that you are happy with it.Ok