Trending
You are at:Home»Categories»Commentary»Falling Oil Prices, the Saudis, and the Soviets
By Stephen Sestanovich on 26 April 2016 Commentary

It’s hard to read about how Saudi Arabia’s rulers are handling thecollapse of oil prices without recalling the end of the Soviet Union. Every petro-state has to ponder this precedent, but for the Saudis the parallels must be unnerving. Consider: Their economy is inefficient and undiversified, based on irrational pricing and vast subsidies. There’s no modern taxation system; money just sloshes around, Soviet-style, on the basis of insider connections. There are no mechanisms of meaningful political representation, and after years of senescent leadership a new generation is clamoring to take over. Growing ethnic divisions and the military’s huge share of the economy round out the picture. To all this, add a sharp drop in export earnings, and it’s no surprise that people worry about systemic failure.

It’s not just Saudi Arabia’s problems, of course, that bring to mind the latter-day Soviet Union. It’s their response to these problems: The desire to bring the economy into the modern world, the urge to rationalize and privatize—these are straight out of Mikhail Gorbachev’s playbook. (If you doubt this, read Prince Muhammad bin Salman’s recent Economist interview as well as Mr. Gorbachev‘s 1987 book, “Perestroika: New Thinking for Our Country and the World”—especially the section titled “On to Full-Cost Accounting!”)

As for opening up the system, I suspect Saudi experts would scoff at comparisons between the kingdom’s December elections (in whichwomen voted for the first time) and Soviet-style glasnost. But give it time. People initially scoffed at Mr. Gorbachev’s political reforms too.

Saudi strategy diverges from the Soviet model in one crucial area: foreign policy. Mr. Gorbachev always argued that transformation at home required peace abroad—and he single-mindedly pursued accommodation with the U.S. The Saudi stance, by contrast, is both confrontational and interventionist. Ask Iran and Yemen.

The Economist has scolded King Salman’s young son, Prince Muhammad, for not seeing that his domestic aims require a calmer foreign policy. This may well be right, and sending such a message doubtless serves U.S. interests and regional peace. But that’s not necessarily the lesson that history teaches. You could argue, in fact, that totally dismantling the Cold War weakened Mr. Gorbachev at home. Peace gave liberals and conservatives alike less reason to support him. It made Mr. Gorbachev seem unnecessary.

A Saudi leader who seeks change, but hopes to keep it in bounds, may want the world to remain a dangerous place. The leaders of other petro-states may also find conflict useful. They want to survive longer than Mr. Gorbachev did—and probably think he was too peaceful for his own good. Sadly, they may not be wrong.

Falling Oil Prices, the Saudis, and the Soviets 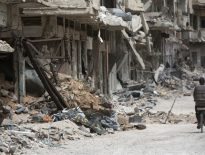 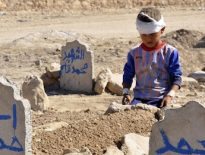 Features Meet the Small Iraqi Town that Breeds Jihadis
0
wpDiscuz
0
0
Would love your thoughts, please comment.x
()
x
| Reply
We use cookies to ensure that we give you the best experience on our website. If you continue to use this site we will assume that you are happy with it.Ok