As reported by the Maritime Bulletin and other sources, Chinese cargo ship , Da Cui Yun, owned by China’s COSCO Shipping Corporation and sailing from Jiangyin port of Jiangsu province of China to Pakistan’s Port Qasim in Karachi, was detained by Indian customs and security authorities at the port of Kandla in western India on February 3 this year.

The reason for the detention was one cargo, an industrial autoclave (claimed to be “an industrial dryer of some 18 meters length”), a dual use product that can be used in the manufacture of long range ballistic missiles or construction of a motor for a satellite. The product had been mis- declared as an industrial dryer and was meant for delivery to an Islamabad-based company, United Construction Company.

The suspected cargo was seized by Indian authorities and off-loaded from the ship, following which the Da Cui Yun was allowed to continue with its journey.

The seized cargo was brought for inspection by scientists from the Defence Research and Development Organisation ( DRDO), a premier Indian R&D organisation. After the examination, DRDO experts have concluded that the seized product was indeed a dual use industrial autoclave .

As expected, the Chinese Foreign Ministry denied the product being of military or dual use under the non- proliferation and export control regulations. Instead, articles appeared in the Chinese media slamming India’s action as an act of arrogance and consolidate its supremacy in  South Asia and the Indian Ocean region. An article in the Chinese State-owned Global Times on March 8, 2020 , exalted China as a ‘major responsible power’ that had fulfilled its international non proliferation obligations and global commitments as a signatory of the Nuclear Non- Proliferation Treaty (NPT) and charged India of fabricating facts and using the Da Cui Yun incident as a leverage to get the US, France and other western countries to pressure China to allow India to join the Nuclear Suppliers Group( NSG).

The world is aware of China’s role in clandestinely facilitating Pakistan’s nuclear programme since the 1980s. This Chinese assistance has enabled Pakistan to develop ballistic missiles and as per the official claims of the latter, the country tested Shaheen II, a ballistic missile with a range of 1500-2000 kms in May 2019. China’s loud denials will not change these facts.

However, as we are realising more and more each day, China under President Xi Jinping has been adopting an increasingly aggressive approach on contentious issues. It’s policy has been to bulldoze its way through by issuing strongly worded statements, buttressed by a vast propaganda machinery. The world  has been recently witnessing  this propaganda machine working overtime  trying to whitewash  China’s responsibility for the COVID-19 pandemic. Instead, it has been mocking other countries for its incompetence for failing to contain the spread of the virus, despite China being the shining beacon, having shown the way to contain the epidemic.

As the world grapples with this international health crisis, it is also an opportune time to realise the need for  a concerted international attempt  to stop China’s free run. And just as the world community has agreed that it needs to work jointly to overcome  the challenges posed by the ongoing pandemic , very soon a consensus will have to be reached to jointly oppose China’s blatant disregard for international norms and its attempts to distort facts. 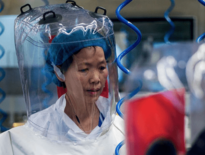 Headlines In the jungle of Wuhan’s labs 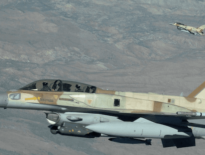 Headlines Middle Eastern juxtapositions: The phone call tha…
0
wpDiscuz
0
0
Would love your thoughts, please comment.x
()
x
| Reply
We use cookies to ensure that we give you the best experience on our website. If you continue to use this site we will assume that you are happy with it.Ok